Paul Gascoigne Shirtless Young Footballer, Alcoholism, and Recovery. Ever wondered what you will do when you lose it? For former footballer Paul Gascoigne, he found himself talking to toy parrots. We’re glad that Paul, who’s confessed to being an alcoholic,  is on his path to recovery after a stint in a rehab facility. Go, Paul. 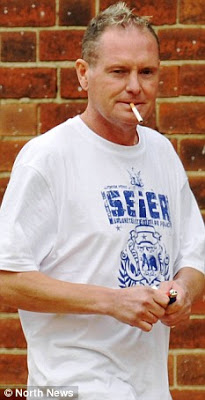 Says the former England footballer of his toy parrots (via The Sun): “I looked in the mirror one day and remember one of the parrots saying ‘I can see two of you’. I looked around and saw the two parrots having a conversation – or at least I thought they were. I started to think they were real and once ordered three pints – one for me and one each for the parrots. I’d get them to talk until the batteries ran out. Then I’d get room service to change the batteries.”

He adds: “A few minutes later I looked for them, forgot the porter had taken them to change the batteries and thought they had flown away. The porter brought them back with new batteries and I shoved them under the shower as a punishment for flying away.”

Here’s Paul during his active years in football. We’re with him and his family and friends as he faces this ongoing battle. 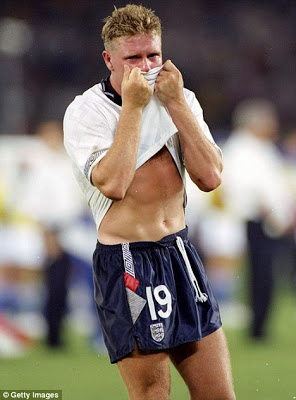 Want more photos of our Gazza at the height of his career? Looks like he’s got a thing for raising his shirt, no? Not that anyone’s complaining or anything. In fact, we’d like to think that his fans appreciate this kind of gesture. 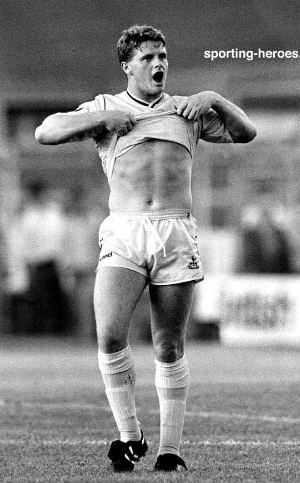 With his golden hair and cute/handsome baby face, we won’t be surprised if Paul was a favorite of fangirls during his heydays as a football star. 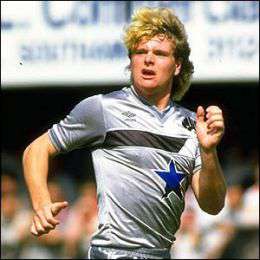