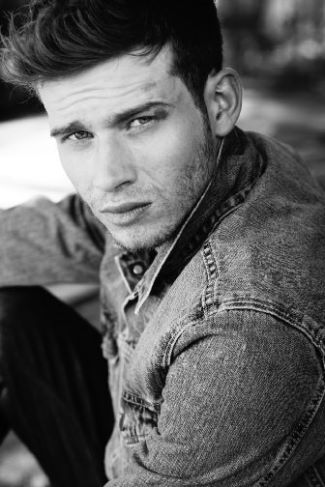 Who’s the cute guy wearing a fabulous jeans jacket? That guy, fellow Famewatcher is Oliver Stark. He is one of the regulars of the new AMC TV series, Into the Badlands. So if you are into guy-watchin’ you have him to ogle at aside from lead actor Daniel Wu of course.

This 24-year-old British actor will be playing the role of Ryder. Here’s what AMC tells us about said role:

Ryder is Quinn’s only son and presumed heir. Impulsive and arrogant, Ryder might have become a different person had he not been kidnapped as a child. Quinn’s refusal to the pay the ransom resulted in Ryder’s torture and mutilation. The incident left Ryder scarred in body and soul, furious at his larger-than-life father but also desperate for his affection and approval.

Quinn has always measured Ryder’s skills against Sunny’s, and Ryder knows he has fallen short. When Quinn’s assets come under attack, Ryder lobbies his father to change tactics and adopt a more aggressive approach, but is rebutted. As his father seems to weaken, Ryder grows ever more impatient.

So is Ryder a character we are going to hate but kinda sympathize with? We will know when the series starts airing.

Anyhoo, here’s a pic of Oliver Stark as Ryder. We grabbed it from the actor’s Instagram account (@oliverstarkk). For some reason, this image reminds us of a young Justin Timberlake. 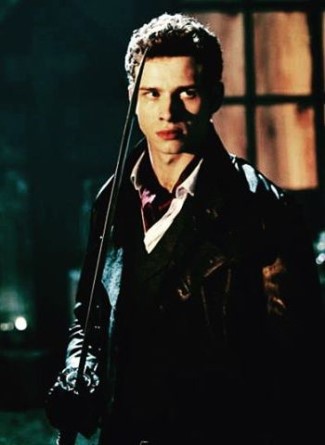 Oliver Stark Shirtless Photos. For those of you who are fans of shirtless celebrities. You know who you are. Wink. Wink. Again, this pic is from the set of Into the Badlands. 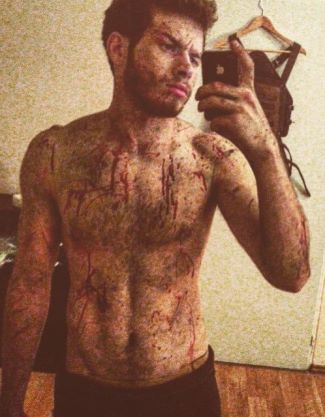 Another Oliver Stark shirtless photo from a pool party. How pasty looking is our Oliver? It doesn’t help that he’s sandwiched himself between two dark skinned guys, no? 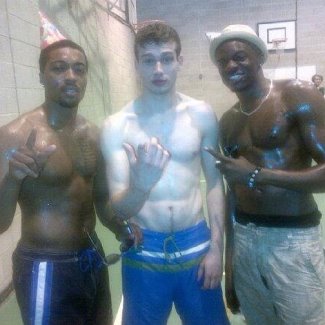 Who wants to play beautiful music with Oliver Stark? 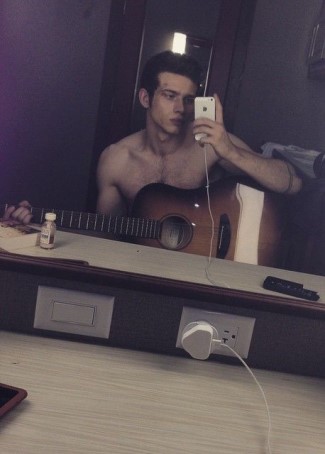 Oliver Stark Gay or Straight? We don’t know, you tell us. The denizens of gayorstraight.com are also clueless. Hehe. This photo is kinda gay though. But he is obviously being made up for a role.

Hello there handsome, ain’t you gonna invite us to your bed? 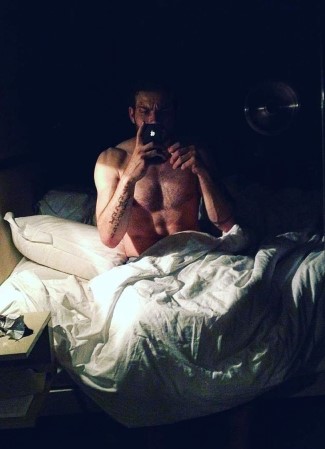 Oliver Stark Girlfriend? In one of his tweets, he mentions a girlfriend who was in Kick-Ass 2 but does not identify her. We are too lazy to further investigate the identity of Oliver’s girlfriend so if some of you Famewatchers happen to know, do tell in the comments. Hehe.

Let’s end this post with another shirtless pic of our guy, shall we? 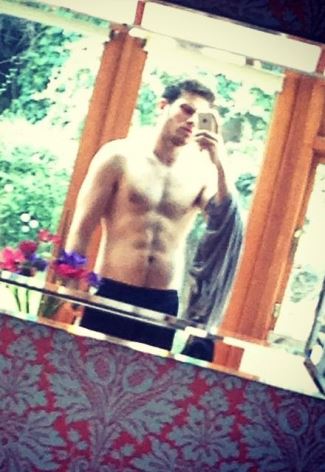