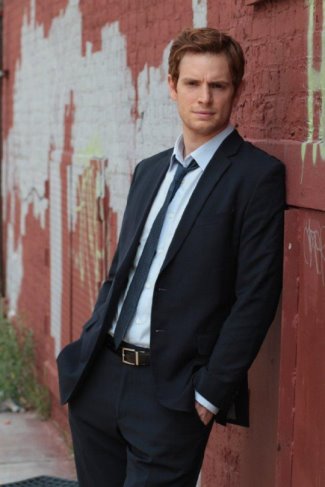 Next images are for those of you looking for Nick Gehlfuss shirtless photos. 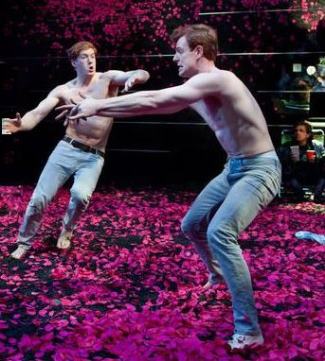 The pic above is our hottie redhead in the stage play Midsummer Nights Dream where he plays lover boy Lysander. Meantime, the next two photos below are screencaps from the TV show, Shameless, where he played Robbie Pratt 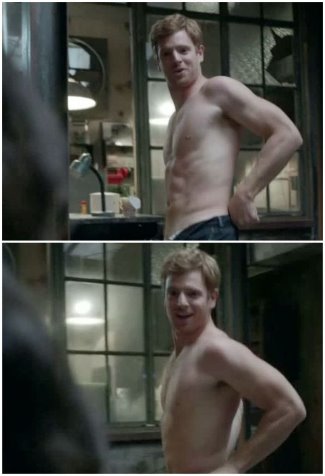 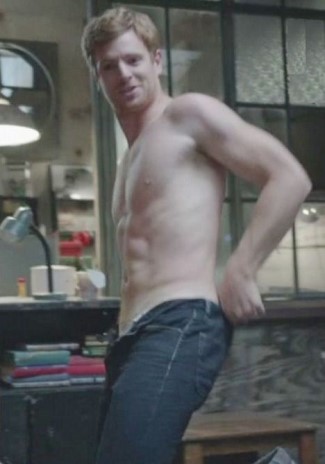 Is Nick Gehlfuss Gay or Straight? He is straight. And he just tied the knot two weeks ago with Lilian Matsuda. Here’s a photo of the new bride and groom which Nick shared on his Instagram account. 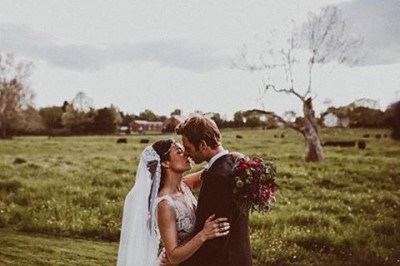 People Magazine has some details on the Gehlfuss-Matsuda wedding:

At Monday’s PEOPLE & Entertainment Weekly’s Upfronts Party in New York City, the actor shared that he married girlfriend Lilian Matsuda in a “big wedding in Ohio” and has been spending part of his honeymoon promoting the NBC franchise of Chicago-set procedural dramas.

“I wanted to invite a lot of my cast mates, but, because we’re a franchise, I would have had to invite the entire Chicago franchise. I started on P.D. and I went to Fire, and now with Justice, it would have been crazy,” Gehlfuss said. “It rained that day in the morning, which is good luck. And then it was perfect after that. And it was on Friday the 13th, and the next day it dropped twenty degrees and then Sunday, blizzard, snowing on the way here.”

Congratulations to the newlyweds and we wish them well in their wedded adventures.