Moschino Mens Underwear Model Update. Want more male models for Moschino undies? We know you do so we are updating this post to bring you more. First up is our imaginary beau Brazilian model Matthew Noszka who knows how to tease with them open fly and all. 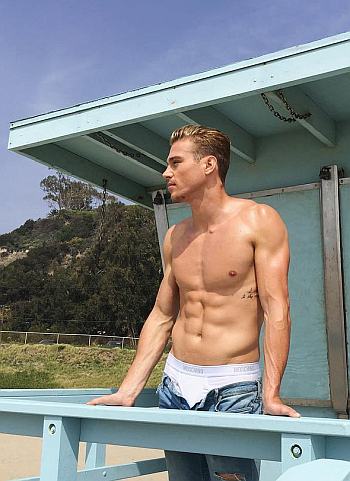 Next up is Brandon Good who appeared on a Troye Sivan music video: 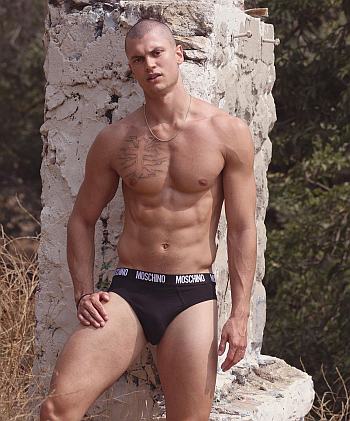 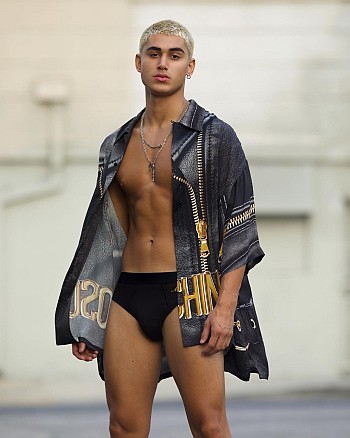 One of our early internet crushes, Brazilian model Francisco Lachowski. 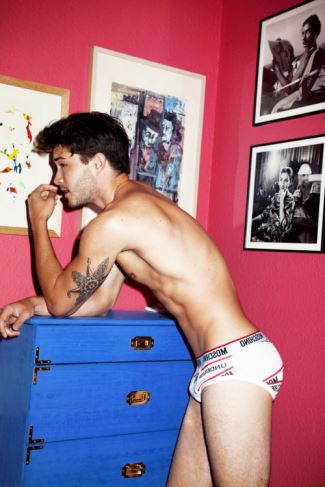 Spanish model Sergio Carvajal give us a peekabo look at his Moschino underwear: 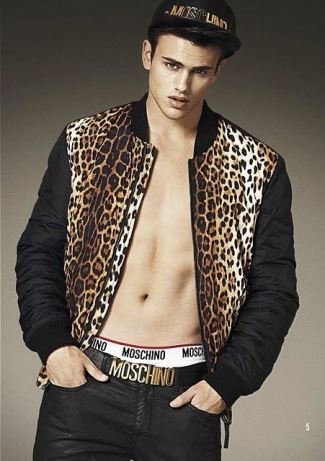 Lastly, here’s Pietro Boselli once again proving that university professors can be hawt, hawt, and hawt: 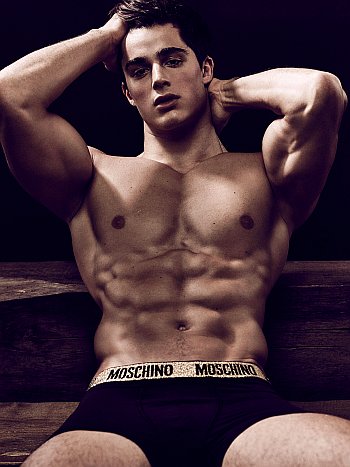 …..
Moschino Mens Underwear: Red Boxers on Simone Nobili (22 August 2012). With an ad campaign featuring male model Simone Nobili in his underwear, it looks like Italian fashion house Moschino is trying to compete with the more established underwear brand. Look out Calvin Klein! Watch out, Jockey! Watch out, Louis Vuitton. Moschino is going to give you a run for your underwear money. 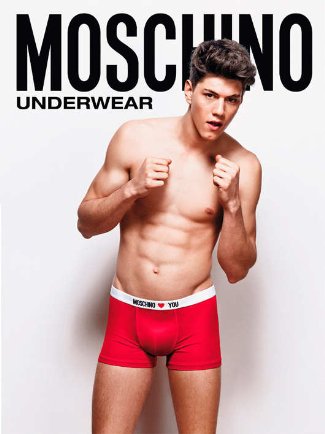 So do we think Moschino will be successful in carving a niche in the underwear market? We hope it does, because the more choices men have when it comes to outfits to cover their privates, the higher is the likelihood that the world will achieve world peace. Hehehe. Seriously, wouldn’t you agree that the more a man is comfortable with what he’s wearing, the higher is the likelihood that he will be tranquil and peaceful?

In fact, we’d like to think that George W. Bush declared war on Iraq because his very tight briefs was constricting blood circulation to his brain making him more dumb than he already is. So the U.S.-Iraq war exploded not because of Saddam’s weapons of mass destruction (an allegation subsequently proven to be wrong) but because of Dubya’s balls-restricting underwear.

Oh wait, we are supposed to be talking about Moschino and its sexy male model Simone Nobili. Well, if you want to see more Moschino menswear, go check out our earlier posts: Love Moschino Jeans for Men and Moschino Sports Jackets and Coats.

As for Simone, well this Italian hottie is new in the modeling business but everything is coming up roses for him. Did you know that models.com currently ranks him at #9 in its list of the Top 50 Male Models. For a man who wasn’t in the radar two years ago, that’s quite a feat.

Who wants to jump in bed with this hot Italian hunk? We all do, don’t we? [Pic is from Hercules Magazine, photo by Giampaolo Sgura.]