Deena replied that it is very unlikely that the snooty French label, known for making stuff that costs an arm and a leg and which has consistently been named from 2006 to 2012 as “the world’s most valuable luxury brand” will “stoop down” to making something as pedestrian (Deena’s word) as men’s underwear. 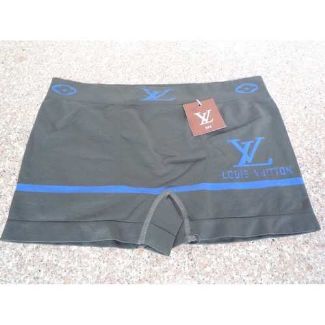 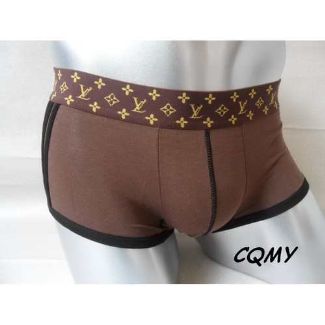 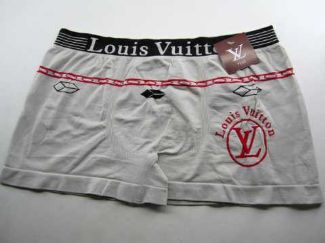 Looks like Toby is right, it appears like LV does make men’s underwear. After all, there are tons of pictures of Louis Vuitton undies (incidentally, most of them are boxer briefs), so if we go by the rule that says “Pics or it didn’t happen” we have photo proof of Louis Vuitton underwear in real life. Right?

Not too fast, gullible Gretchen. The problem with the above pics of LV undies is that we didn’t find on the website of the company itself but on three sites that do not inspire confidence on the authenticity of the products being sold. Also, we went back to Louis Vuitton’s menswear collections for the past several years and we haven’t come across any underwear in them. Short shorts sure, but no underwear. Moreover, the Louis Vuitton website also does not have any undies in its menswear line. Not a dot. Not a speck. 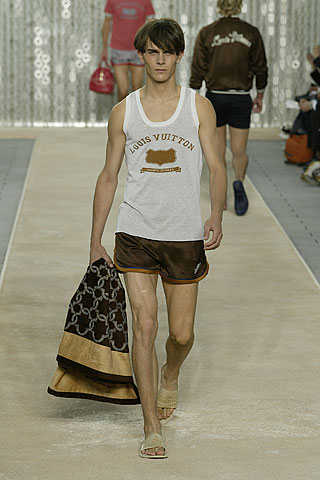 So what do we make of this? We’ll we are going to agree with Deena that its very unlikely that Louis Vuitton makes underwear. We’re also going to say that the underwear pictured above must have been made by enterprising entities other than Louis Vuitton. So there! We hope we adequately answered your question, Kevin.

UPDATE on Louis Vuitton Underwear For Men: When you search for Louis Vuitton boxers, the prominent result that comes out is this picture of our idol Muhammad Ali. It’s an ad campaign he made with the luxury label a few years back. Want to see some Muhammad Ali Vintage Watches? 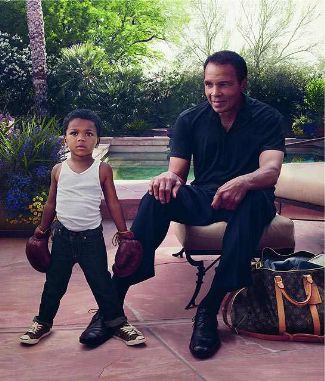 What a beautiful picture. It makes us feel good for some reason. Ali is one of those legends (that include Nelson Mandela, Desmond Tutu, Aung San Suu Kyi, the late Mother Teresa, the late Pope John Paul II, etc) who makes us think that humankind is still A-Ok despite our foolishness for wasting thousands of dollars to buy a designer bag — no bag is worth a thousand dollars is what our mother says — or our shallowness for buying fake goods with luxury labels plastered on them.

For those of you wondering, the boy is Muhammad’s grandson, CJ. He is the son of Laila, daughter of Muhammad Ali, who also managed to make a name for herself in the world of boxing.