Milos Raonic Shirtless, Girlfriend, Tennis Short Shorts. The pic below is for those of you who are looking for a Milos Raonic shirtless photo. Our tall Canadian hunk just won his sixth ATP title, the Citi Open in Washington DC, and is now the top 6 player in men’s tennis. If that ain’t a damn cool achievement, we don’t know what is! We hope him more titles in the future and we hope his collection will include a Grand Slam trophy. 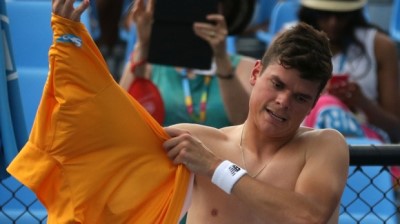 Milos Raonic Girlfriend: Does he have a girlfriend? Apparently, he once dated a model named Paulina Kalini but the two have broken up. Check out the tennis hunk and his ex: 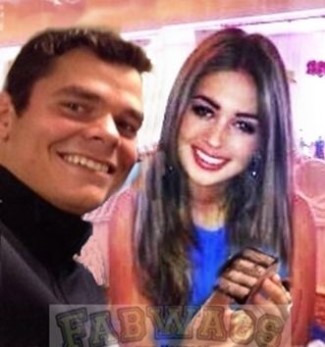 Is Milos dating anyone at the moment? Men’s Journal, which recently wrote an extensive article about the tennis star, suggests that he is not.

Money quote: “He is just as logical about not wanting a girlfriend during these hard-working years. ‘I would be attracted to a girl who is ambitious, like me, and competitive, an artist or an actress,’ he says. ‘But I can’t ask someone like that to travel with me and sit around while I’m in the locker room. How can you do this? Then she’s not ambitious.'” 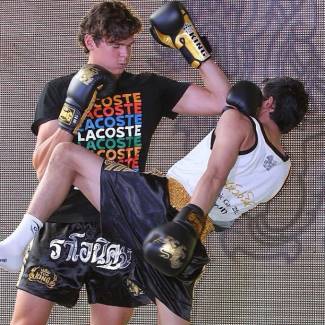 Want another Milos Raonic shirtless photo? This one’s from Hello magazine (Canadian edition) which included him in its list of the 50 Most Beautiful Canadians. [Want more shirtless tennis players? Check out these tennis players in underwear!] 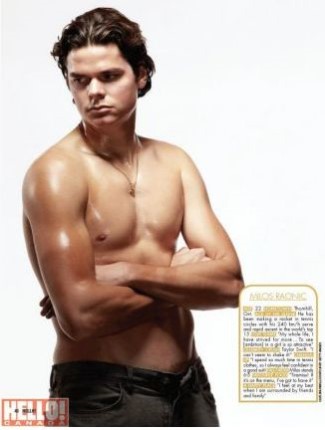 On his diet: I should eat more pork. Apparently something about beef’s not great for me, but pork is. I can’t have gluten either. My body doesn’t respond optimally to some foods.

On why he’s not buying a sports car despite the big bucks he’s now making: I would always be thinking, ‘Why do I have this sports car?” says Raonic. “I’ll enjoy it for the first ride, but then I have to find someone to drive it once a week when I’m traveling because you have to drive these cars to keep them up. It’s just so, so illogical.

On his parents who migrated to Canada from the former Yugoslavia: They went to work, did what they were expected to do, really pushed themselves.

On growing up: I was always doing something. I had too much energy as a kid. My dad would be like, ‘Don’t you need to rest?’ and I’d be like, ‘No, there are more balls coming out of the machine.’

On being serious: No matter what I do, it’s ‘Go in there. Get the job done. Be efficient,’” he says. “Not pass notes around in class. It’s the same thing with my tennis. No coaches are allowed on their cell phones at practice. I get angry if coaches look at their cell phones on the court.

On losing and disappointments: I hate to lose. I hate to lose more than I like to win. It’s weird, people always say that it makes it seem like I don’t enjoy anything.

I get very pissed off and disappointed. It’s a process, and all I’m asking is… I can be hard on myself. But I’m getting better every day. And I believe if I do so, I will eventually get to where I want to be. So I have to be patient. My coach is always telling me, ‘Don’t worry, it’s going well, it’s going well.’

2020 Update: The Canadian tennis star is reportedly dating Belgian model Camille Ringoir. Here’s a photo of the lovebirds visiting a koala at the 2019 Australian Open. 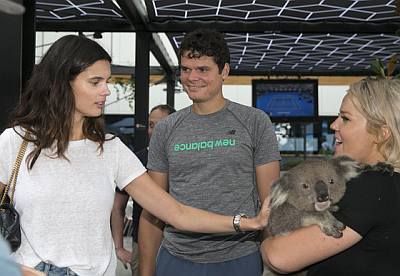 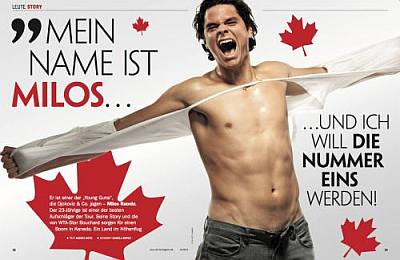 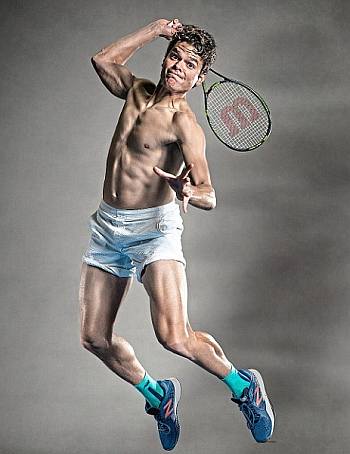