Mexican Men in Speedo: Ivan Garcia and German Sanchez in Nike Swimsuits. Ivan Garcia and German Sanchez are our Mexican hunks in Speedo swimtrunks. Actually, they’re wearing Nike swimsuits and not Speedos. We have to clear that up before our friend Deena accuses us of being either blind or clueless. She won’t accept our argument that Speedos have become synonymous to swimsuits in much the same way that Xerox have come to also mean “photocopy”. 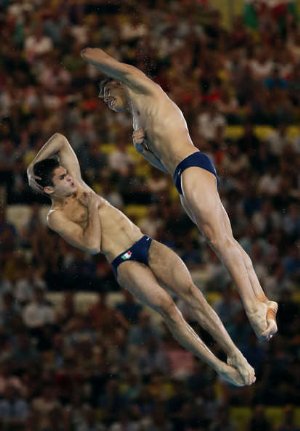 Want more men in Speedos? You should go check out these Celebrity Speedo Swimsuits.

But enough with Deena and our friendly but neverending Speedo debate. We know you want some Mexican men in Speedo (or Nike) trunks and that’s what you are gonna get courtesy of Ivan Garcia and German Sanchez, two Mexican divers who won a silver medal for their country in the ongoing London 2012 Olympic Games.

The two emerged second best to the Chinese champions in the 10-meter synchronized diving. The bronze medal went to the team from the United States. 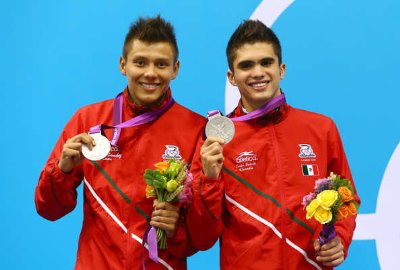 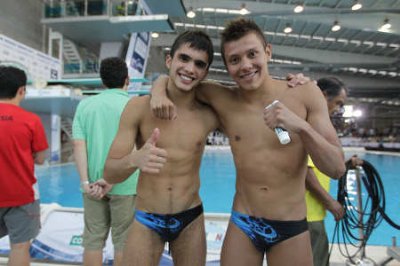 This is the first Olympic medal for both Ivan and German. Given that they are still quite young – Ivan is 18 years old and German is 20 years old – we can expect to see them winning more medals in future international competitions such as the FINA Diving Championships and the Rio 2016 Games. [Ivan already has two gold medals in the Pan American Games while German has a gold medal from the same Games.] 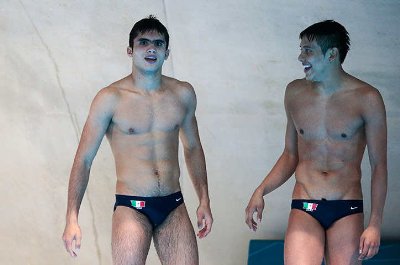 “See, they’re clearly wearing Nike swimwear. Not Speedo!”, says our friend Deena. To which we replied, “Nike makes Speedos. Adidas makes Speedos. The Chinese sportswear Li Ning also makes Speedos.” We must admit that, when we put it that way, we’re actually at the losing end of the argument. 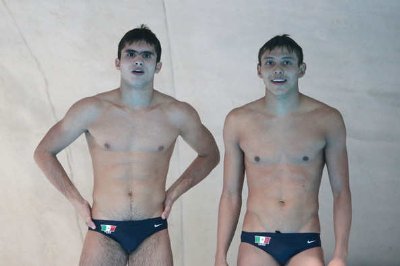 The boys hug when they realized that their score earned them a silver medal which, given how Chinese divers are dominating the sport, kind of like a gold medal too. Hehe. 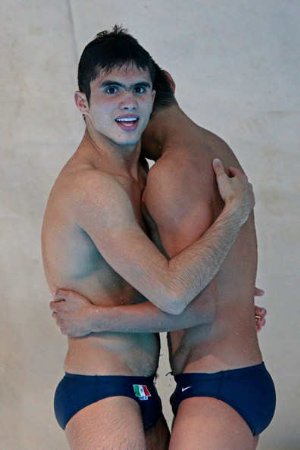