Mens Coveralls Celebrity Edition (2017 Update). Are you a fan of men in coveralls and you’re not content with the Brody Jenner coverall photo we published earlier? Well, you are kinda lucky because we bring you more men in coverall / overall photos. First, we’ve got Ashton Kutcher during his younger more shaggable days in the above pic. 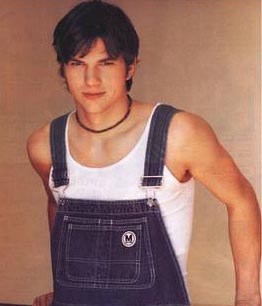 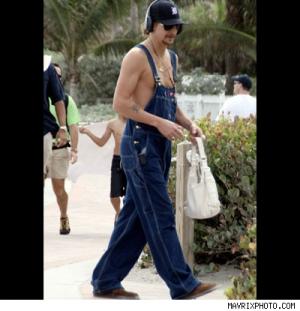 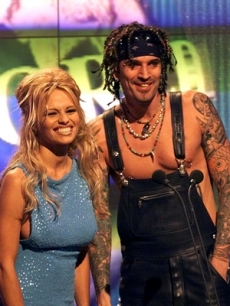 And here’s a guy we cannot identify but who we are including as a “celebrity” because he is hot with all them muscles and all. Yum. Tasty. 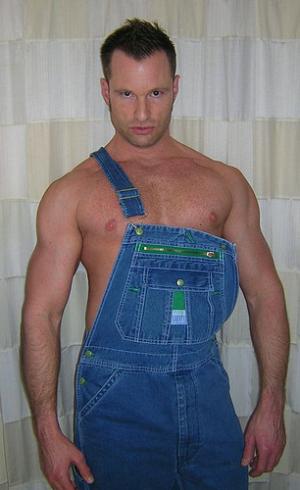 Silly question: Who does not belong to this group of overall-wearing men? Answer: It’s Ashton Kutcher. He’s wearing a shirt under his bib overall while the other guys are shirtless. We think the proper way to wear overalls is to do it like Ashton but there’s no law banning shirtless guys in overalls so let’s give Kid Rock, and Tommy Lee, and the hunky anonymous dude a pass.

Denim Mens Coveralls: Is This Black Hunk Jamie Foxx or Will Smith? (posted: 09 December 2009). Can any of you Famewatchers help us settle the debate between Kevin and Deena as to the identities of these black men in coveralls? Deena insists that the one above is a young version of Will Smith. On the other hand, Kevin is insisting that the guy is actually Jamie Foxx (also the young version). Who do you think is correct? 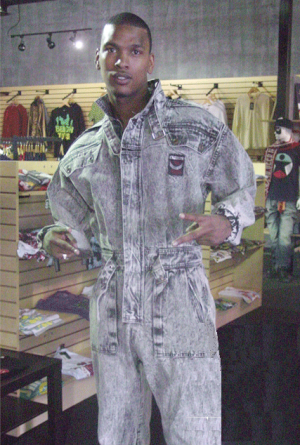 At least we’ve agreed that the guy is a celebrity. However, we are also debating whether the guy wearing denim coveralls in the above photo is the same guy below. We’re a bit confused. 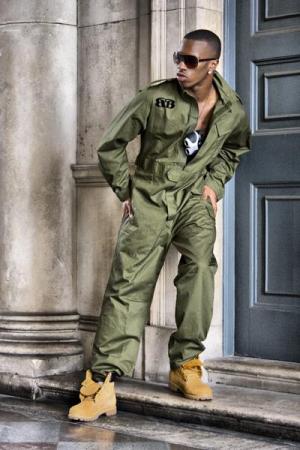 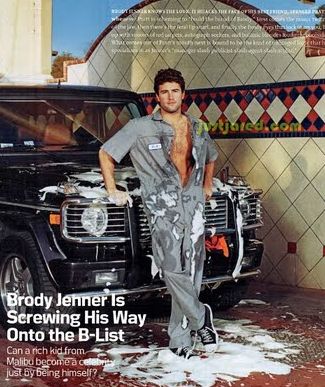 He may be a lucky brat who’s famous only because his parents are famous (that’s what his critics say anyways) but you gotta admit that the boy is looking good even when he’s going for the dirty look. So its no wonder that girls and some guys are into him. 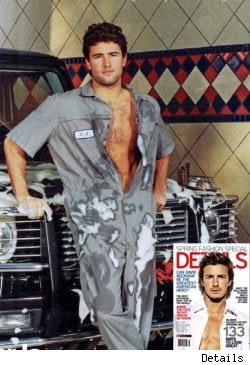 Who wants to get down and dirty with Brody Jenner, raise your hands please? See, we told you. There’s, like, tons of you raising your hand. Who wants to rip that coverall off Brody? Wow, tons and tons of you would like to do that, huh?