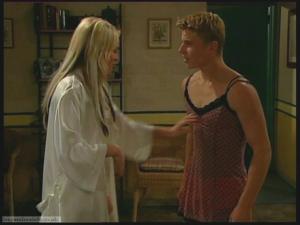 END_OF_DOCUMENT_TOKEN_TO_BE_REPLACED

Alex Reid as Roxanne: MMA Fighter’s Crossdressing Photos. Alex Reid, the MMA fighter who’s banging the unhinged Katie Price/Jordan, apparently loves to dress in women’s clothing. We don’t know whether this means that he also likes to be banged like a woman. 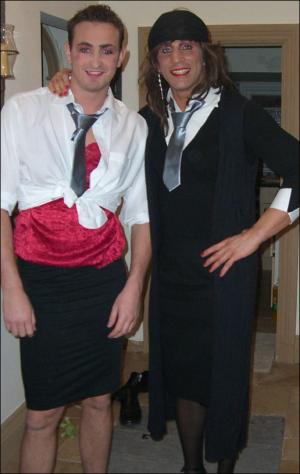 According to the News of the World, which obtained these photos, one of Alex’s ex-girlfriend Danielle Sims confirms that she has seen Alex cross-dressing: “I went to his parents’ place and his mum told me he was in his room,” she said. “I went up, opened the door and found him sat on the bed dressed as a woman. I didn’t say anything. I just looked and looked. I thought, ‘Why are you wearing women’s clothes?’ It didn’t change my feelings towards him, but it made me feel a bit inadequate.”