Matt turned professional in June last year and, between then and now, he’s already established his presence in the PGA Tour.

For instance, he’s already bagged a tournament title (the 3M Open in Minnesota), he’s now ranked at #36 in the world, and he placed in the Top 4 in the recently concluded 2020 PGA Championships. His 4th place finish earned him a cool $404,350 which, when added to his previous prize monies, makes him a millionaire three times (total earnings of $3,437,530 to date). Pretty cool for a 21 year old kid, no? 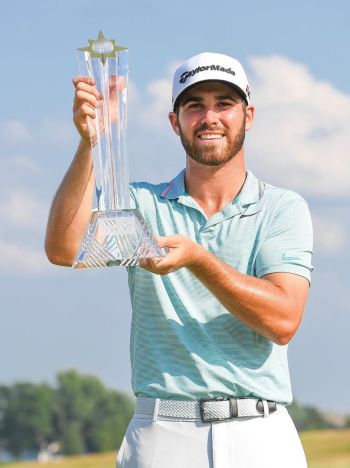 His biggest check is worth $1.1 million when he won the 3M Open last year. Here’s Matt celebrating with mom Shari Wolff. We reckon the other guy is his younger brother Bill but we can’t say for sure. 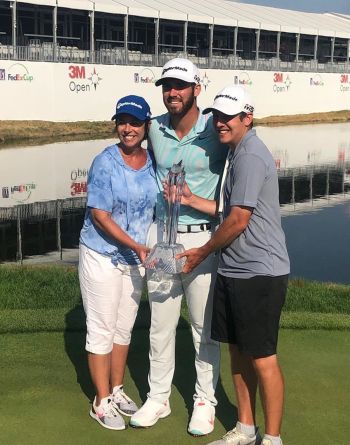 Matthew Wolff Girlfriend. He is dating girlfriend Kim Lloyd. Here are photos of the lovebirds we grabbed from their Insta accounts which you might want to follow (matthew_wolff5 for him and itstherealkimshady for her). 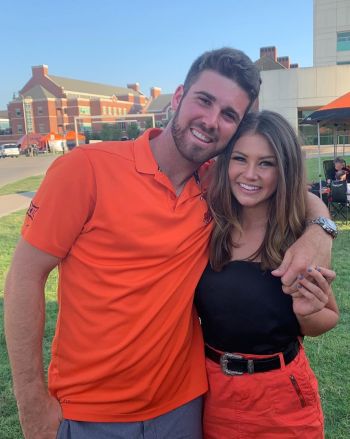 The only shirtless photo of the hot golfer we could find is courtesy of his girlfriend so shame on you if you still thirst for the guy. We know that Famewatcher is the home of thirsty hos and THOTs but let us remind you of our rule #1 when in comes to thirsting for famous guys: Don’t Do It When They Are Married Or When They Are In a Relationship. Hehe. 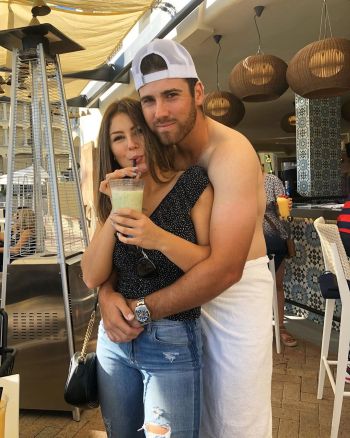 Matthew Wolff Sponsors. Some companies who inked sponsorship deals with the up-and-coming golfer include Nike and TaylorMade. 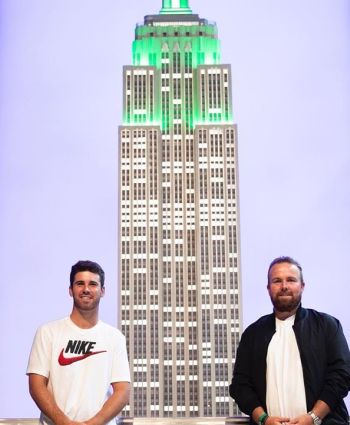 Matt turned heads last May when he wore a tie-dye Nike shoes at the TaylorMade charity event which was later auctioned off to raise money. 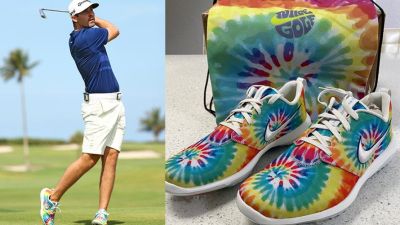 Walking the green in his Nikes and TaylorMades. 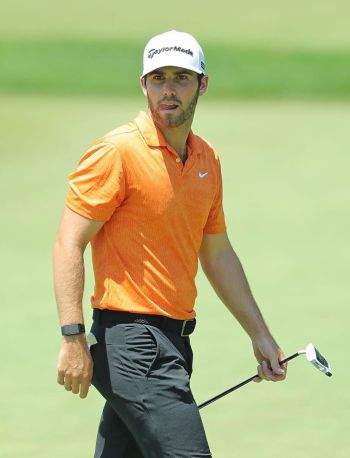 Speaking of TaylorMade, whoever thought of the Christmas photoshoot below which shows the world’s best golfers dressed in embarrassing onesies totally deserves a promotion or a raise. Or should the person be demoted or fired as our friend Kevin insists. What do you think? Do you agree with Kevin who claims that this is the most embarrassing photo in the world of golf? 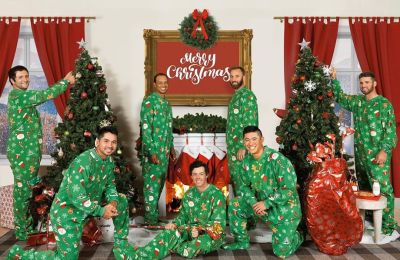 For those of you wondering, the guys in the photo are John Rahm, Jason Day, Tiger Woods, Rory McIlroy, Dustin Johnson, Collin Morikawa, and Matthew Wolff.