Bill Skarsgard Gay or Straight, Shirtless Pics, and Other Stuff. Want more hot Swedish men? Well, of course, you do! Every girl like Nancy, Grace, and Muriel love them their gorgeous Swedish men. Some guys, like our friend Kevin, are enamored with Swedish hunks too.

Anyhoo, let’s add Hemlock Grove actor Bill Skarsgard to our list of Swedish men we’d love to bring home to mama. For those of you who are wondering, yes he is related to the most famous Skarsgard in Hollywood. Alex Skarsgard of True Blood fame is Bill’s older brother.

Now, check out this photo of our boyish-looking actor. Its for those of you who are searching for Bill Skarsgard shirtless pics. Don’t you just love his snail trail? 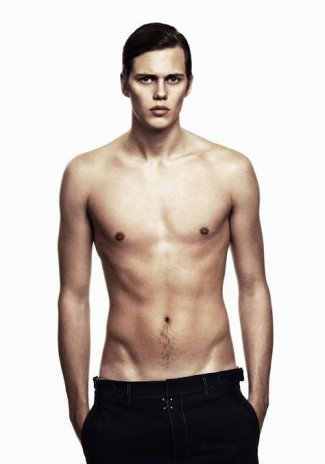 Want another one? Here’s our Bill smokin’ and hot. 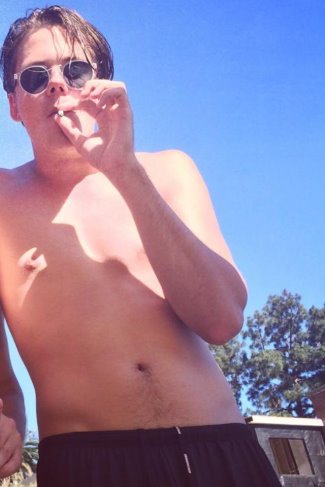 Our Bill chucked off his shirt to sunbathe back home in Sweden. 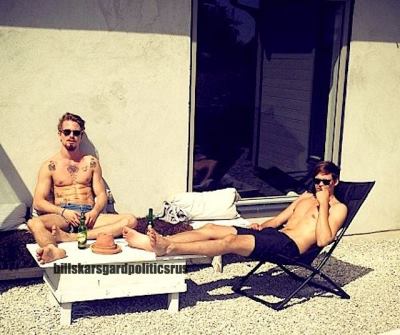 Bill Skarsgard Gay or Straight? He is straight. However, he ain’t averse to kissing another dude as he does in these screencapped photos. 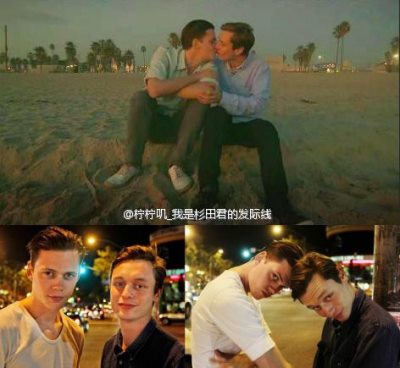 The object of Bill’s affection is his best friend Tobias Randerz. The latter visited L.A. a few years back and Bill toured him around town for the Swedish TV show, Två på resa (Two on the Road). Here’s another intimate images of the best friends. 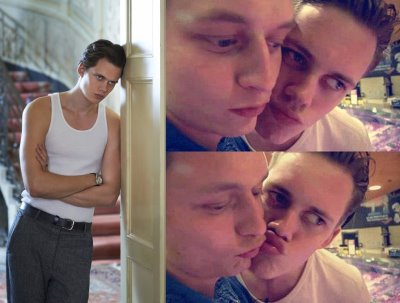 Ain’t they cute together? Hehe. Anyhoo, as we were saying, Bill is actually straight.

Bill Skarsgard Girlfriend. So is he dating anyone at the moment? Apparently, he does. Last June, the papz took this photo of our Swedish hunk and his girl in Toronto where he is shooting a movie. 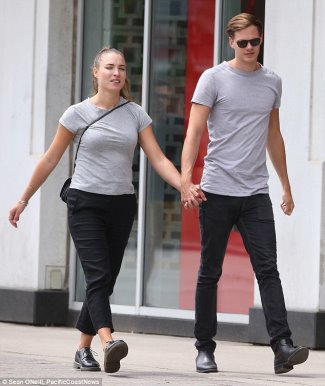 Do any of you happen to know the lucky gal’s name? If you do, tell us in the comments so we will ID her properly in this post. In the past, Bill dated actress/model Alexis Knapp. Check them out hanging together a few years back. 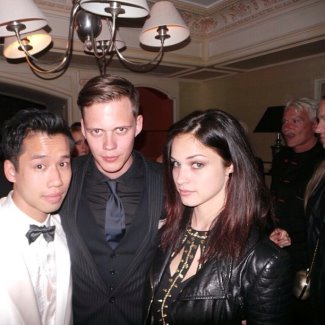 Bill Skarsgard Underwear, Speedo, and More Shirtless Photos. Now, this section is for those of you who are curious about whether our Bill prefers boxers or briefs.

Is he wearing briefs underwear in the next photo below? Or is that a swimsuit? Do you agree with our friend Kevin that this photo is “kinda gay”. Hehe. 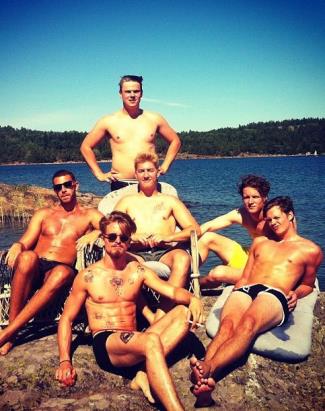 Let us end this post with our favorite Bill Skarsgard shirtless photo. 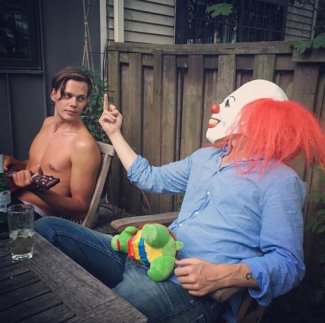 2020 Update. Updating this post to note that the Swedish actor is in a relationship with Swedish actress Alida Morberg with whom he has a daughter. Also we’d like to add this smoking hot photos of Bill which we know you’ll like. Hehe. 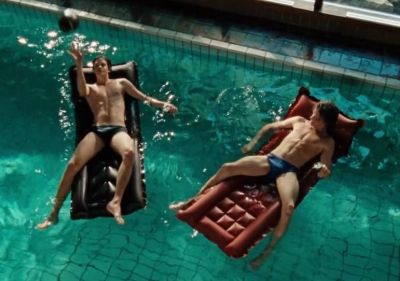 And here’s the actor looking hawt in his tank tops. 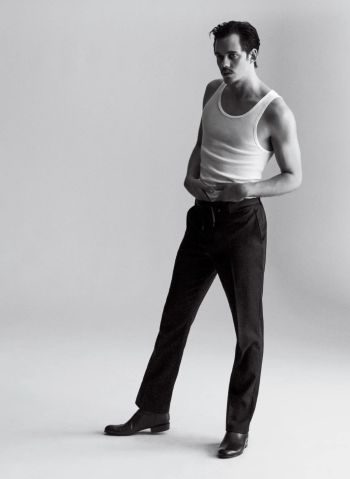 You didn’t spend hours sculping your abs only to hide it behind a coat, did you? 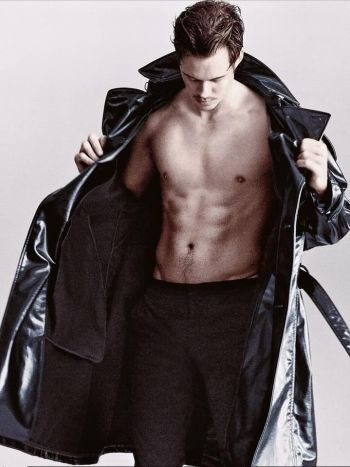