Matthew Perry Underwear. We didn’t think we’d be blogging about Matthew Perry’s underwear because we mainly think of him as the cute funnyman who makes jokes but since some of you asked, well, we have no choice but to oblige. And, boy, we sure are glad you asked because otherwise we won’t have discovered this gem.

Damn, who would have thunk that Chandler Bing would be so gifted down there? Gives new meaning to the phrase “whatta load of junk”. We will be imagining that hot Joe Boxers boxers every time we watch a re-run of Friends now. By the way, the gif image above is from the 1999 movie, Three to Tango, where Matthew Perry stars with Neve Campbell and Dylan McDermott.

Does Matthew wear boxers or briefs? After seeing the image above, we’d like to see him wear nothing but skimpy thong-like briefs but he’s apparently more of a boxers kind of guy. Back in 2005, he hosted the ESPY (Excellence in Sports Performance Yearly) Awards and stripped down to his boxers to the delight of his fans. Here are some photos from said event. 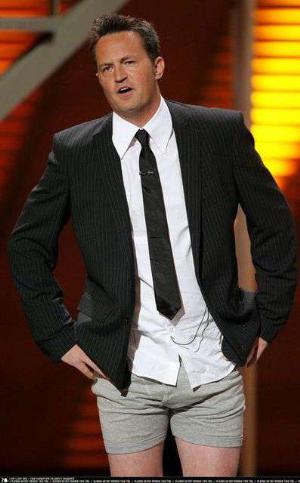 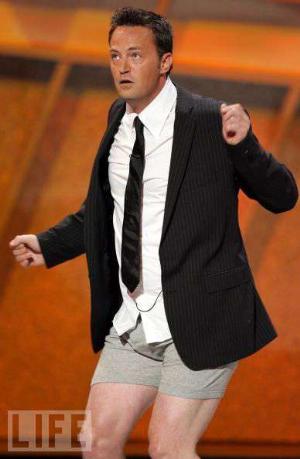 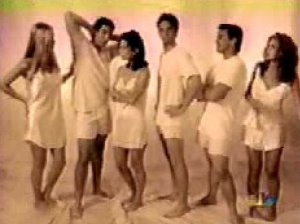 …..
Matthew Perry Fashion Style Watch: Black or White Suit? Which suit suits Matthew Perry better? The black one or the white one? 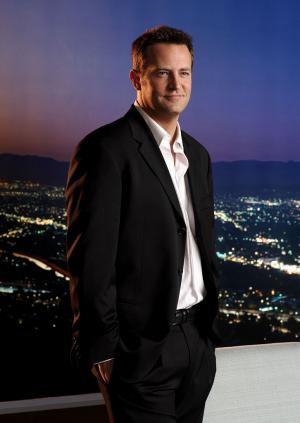 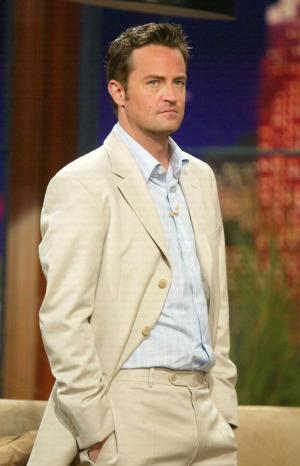 What about you? What suits you better? Would you rather buy yourself a black suit or a white one? Want more men in suits? Check out the Jedward twins, Alec Baldwin, Zac Efron’s suit, and Brad Pitt’s suit collection.