Ben Affleck Underwear: Boxers or Briefs? After several years of kinda living in the wilderness, actor/director Ben Affleck is once again a hot hot hot item in Hollywood following the critical and box-office success of his movie, The Town. So we’re not surprised when a lot of you started googling for “Ben Affleck underwear”. 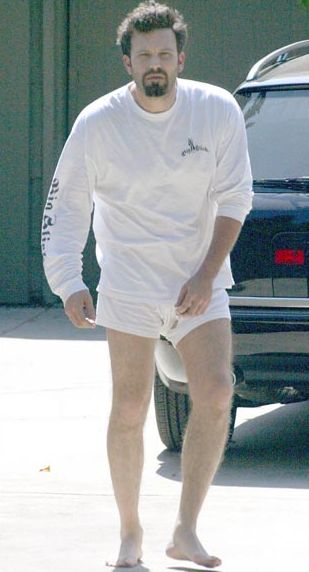 A lot of you too are wondering whether Ben prefers boxer shorts or briefs undies. Well, based on these photos, it seems like the current Hollywood “It Boy” is more of a boxers man. 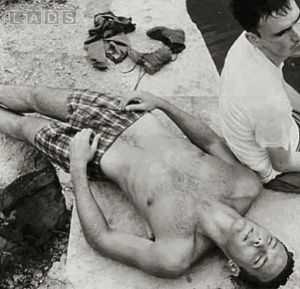 He’s looking good in his tank top shirt, no? 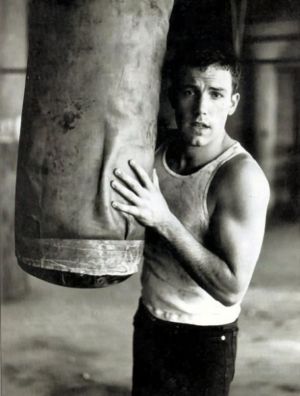 More on Ben Affleck Underwear (posted 31 October 2011). So what brand of undies does our talented actor/director wear? According to the paparazzi photo below, our Ben loves him his white Banana Republic underwear. 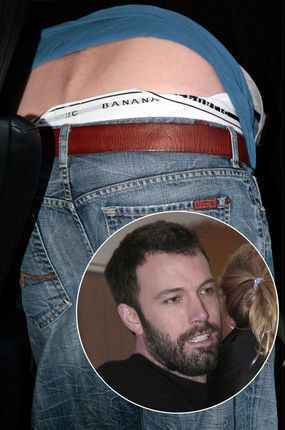 So who among you male Famewatchers would like to follow Ben’s example of protecting your banana with a Banana Republic? Speaking of bananas, check out Ben’s banana when he went surfing with his BFF, Matt Damon. He’s kinda excited isn’t he? Can’t say we blame him. That Matt Damon guy makes us excited too. Hahaha. 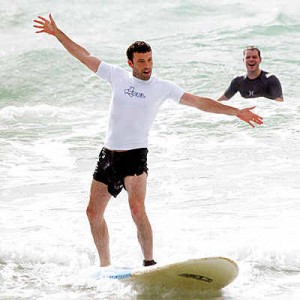 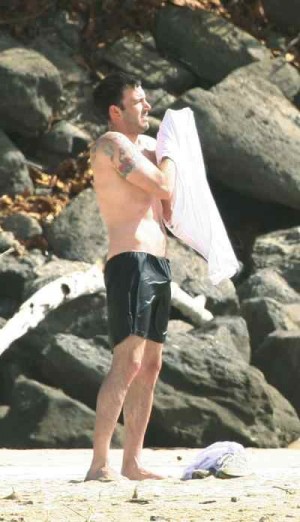 Now for those of you who are wondering whether Ben is a “briefs guy” or a “boxers dude”, a 2003 news report (aka unreliable gossip) tells us that he’s actually a “thong man”.

In 2003, a chambermaid told Heat Magazine that she caught him wearing a “teensy-tiny thong underwear”. Here’s what the unnamed hotel worker told the British mag:

“As a hotel maid I see a lot of things, but I never once expected to walk in on Ben Affleck wearing an itsy-bitsy black thong. The worse thing was that Jen was there and she didn’t seem to mind one bit that he prefers flossing to regular men’s boxer shorts. The stunned cleaner continues, “Jen was not impressed that I had stumbled in on them. Perhaps she was embarrassed that her husband-to-be’s underwear is more feminine than hers?”

Do you believe the maid? Following internet tradition all we’re gonna say about this matter is this: “Show us pics of Ben Affleck in thong or it didn’t happen!”