Male Body Waxing Side Effects. We are updating this post to actually mention the side effects of body waxing. It turns out we never mentioned them in our original post except to cheekily suggest that body waxing may lead to loss of virility. Hehe. Anyhoo, if you go for a body wax, you should watch out for the following side effects:

Long term, premature aging of the skin can also occur because your skin gets pulled during the waxing procedure. This can lead to loss of elasticity and strength and, as mentioned, can result in premature skin aging. 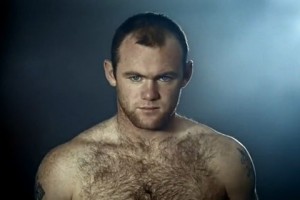 Or Wayne with his body hair removed after he apparently underwent some body waxing procedure a-la Simon Cowell? 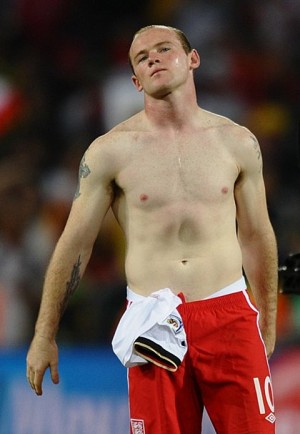 We like him better with his hair and all (he’s manlier that way) but he is free to wax or shave every inch of his body if he wants to. Heck, he can have a male Brazilian wax session if that is what his heart desires. Hehehe.

However, it’s interesting to see how football-crazy people are now kinda blaming Rooney’s body waxing adventures for England’s failure to move further in the World Cup. They’re comparing him to Samson who lost his virility when Delilah shaved his head? [Want more football hunks?

So can we say that virility loss is one of several male body waxing side effects? Anyhoo, here’s the Daily Mail report on Wayne and his lack of footballing skills after he had his body waxed:

“According to the Bible, in exchange for his incredible strength, God instructed Samson that he should never cut his hair. But after falling in love with Delilah, to whom he revealed the secret of his powers, she conspired to have his hair cut off and he was captured and killed by the the Philistines. [Wayne] Rooney (below) is normally seen with a much hairier chest and for yesterday’s match he had also abandoned his normal stubble for a clean-shaven look. His new set of aerodynamics bore no dividends however as he failed totally to recapture the form that saw him score 34 goals in the Premiership last season. He looked tired, his first touch was poor and one wild shot on the run ended embarrassingly wide of the target.”

So what do you think? Would you agree that Rooney’s body waxing adventures made him lose his touch and, in effect, brought about England’s downfall?