Maika Monroe Fashion Style: Her Fabulous Marchesa Dress. Hah! Who’d have thunk that Zac Efron will not be the center of attention during a red carpet event? It’s not that he’s no longer attention-worthy but his co-star Maika Monroe looks stunning in her Marchesa dress so she easily outshines Zac in the pic above. 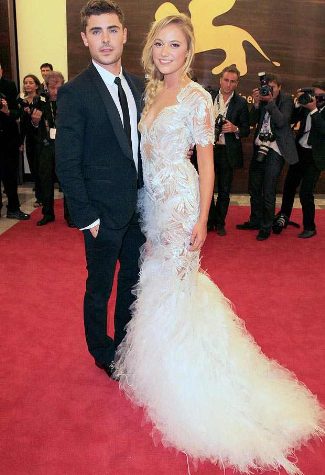 The two are at the Venice International Film Festival to promote their movie, At Any Price, about “an enterprising farmer whose plans cause problems within his family”. It is the 18-year-old Maika’s first major role in a movie having first appeared in a small role in the 2006 movie, Bad Blood. We hope she continues to make movies in the future because we need girl celebrities who can outshine Zac Efron on the red carpet. Haha.

Not that we have anything against Zac. We love the guy — to the point of blogging about him several times — see Zac Efron’s Tighty Whitie Underwear, Zac Efron’s Jeans Collection, and others too many to link too hehe — but he needs to be outshined (?) every now and then or else the universe will explode. 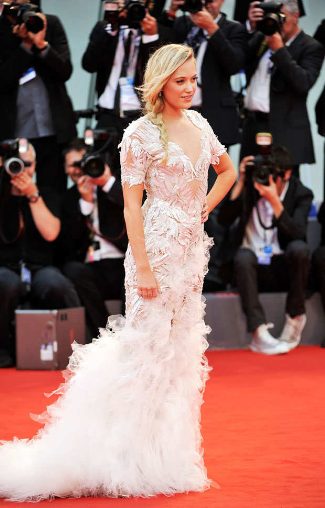 Anyhoo, let’s go back to Maika and her fabulous dress which earned a unanimous four thumbs up from us here at Famewatcher. Pim says she loves it. Deena says it looks gorgeous. Toby thinks its pretty good. And Kevin – the Simon Cowell of the group back to when Simon had something meaningful to say – says that the dress looks similar to other Marchesa dresses worn by other celebrities to the red carpet but it looks fabulous on Maika so he’s liking it too. 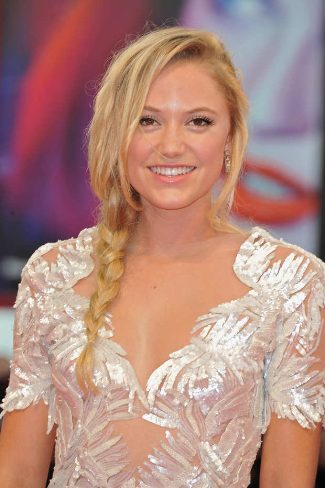 Maika and her Marchesa outshine Mr. Efron even from the back. 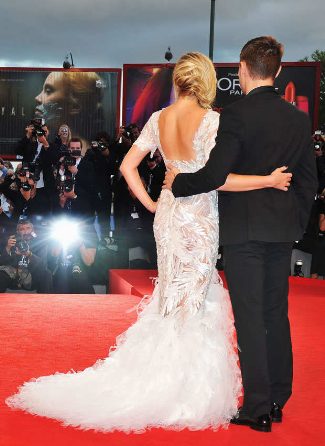 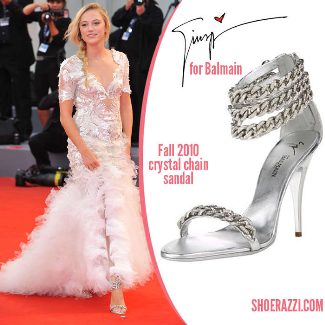 What do you think, do you agree with Deena?