Lederhosen Swimwear: Austrian Fashion Inspired by Bruno. After popularizing the mankini via his Borat movie, Sacha Baron-Cohen appears to have helped create a new fashion trend, the lederhosen swimwear, which we first saw in the Bruno movie. 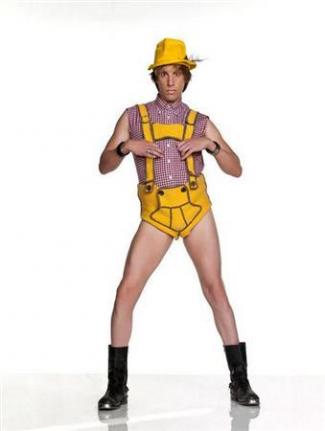 According to a Reuters, an entrepreneur named Peter Kolb is making oodles of money after the Sacha Baron-Cohen comedy came out.

From the Reuters report: “Peter Kolb said he came up with the idea for beachwear designed to resemble the traditional leather shorts with suspenders worn in Austria and parts of Germany 10 years ago, but has seen a roaring trade over the last two months. ‘I sold 20,000 of them in just eight weeks,’ said Kolb, whose lederhosen-like swimsuits for men and bikinis for women can be found online at www.pk-traditional.com.”

Props to Peter Kolb for seeing an opportunity and seizing it.

Meanwhile, this one is for the boys: 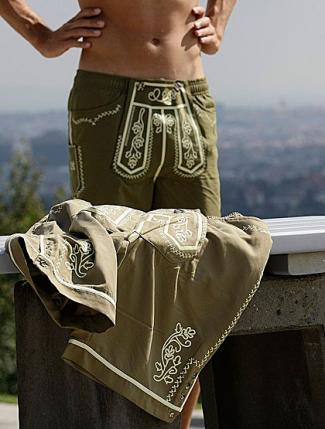 Lederhosen Swimwear 2017 Update. Not unexpectedly, other swimwear makers began producing their own lederhosen swimwear line which gives some competition to Peter Kolbs. Check out these swim outfits inspired by traditional Austrian/Swiss fashion. 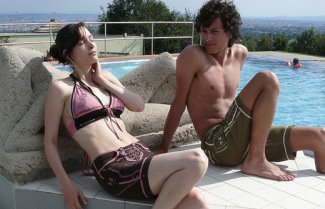 Lederhosen swimwear look good on both men and women. 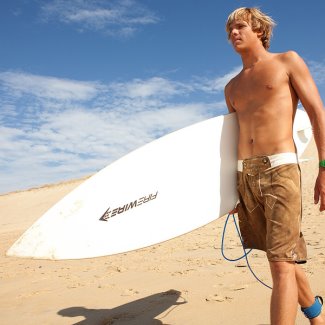 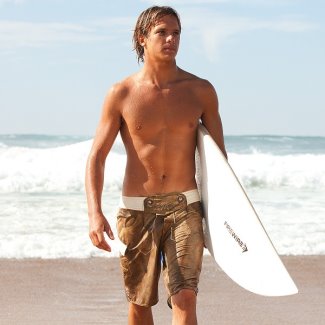 They do look good, no? We thought people are going for it because of its classic/traditional appeal but these lederhosen swimwear can be chic and stylish too. 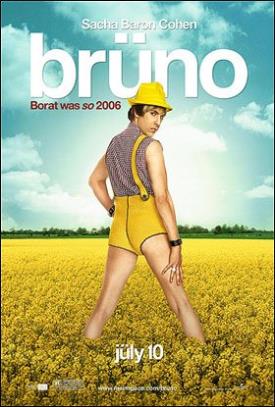 Says Ron of his encounter with Bruno: “We were in a studio situation, I wasn’t invited into a hotel room. There were lots of lights and blaze and commotion and they said we better get in this back room which had been fixed up as a bedroom.”

The lawmaker adds: “So there was some dishonesty getting me into the interview, I was expecting an interview on Austrian economics. That didn’t turn out that way. By the time he (Cohen) started pulling his pants down, I was like what on earth is going on here and I ran out of the room. This interview had ended.”

Though we give props to Bruno for trying to introduce the joys of man to man canoodling (hehe) to a Republican congressman, we believe that his efforts were misdirected. He should have targeted Illinois Rep. Aaron Schock instead. Who knows, given his wide stance, Aaron will be more open to Bruno’s seduction.