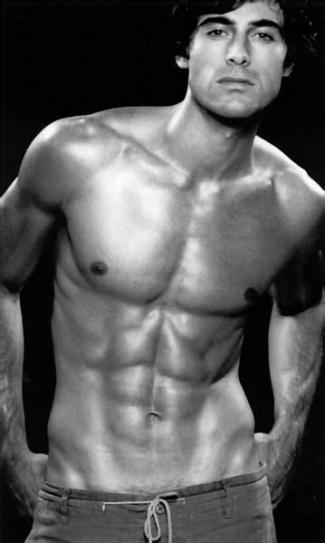 So what we are going to do is to present you with another example of Turkish hotness in the person of model/actor Kivanc Kasabali. We actually don’t know much about him except for the fact that 1) he looks good shirtless; 2) he was 24 February 1975 in Istanbul, Turkey; 3) he’s married to actress Sedef Avci; and 4) that he starred in a TV show called The Fall of Leaves.

For some reason, the photo of Kivanc below reminds us of Zac Efron. He’s also looking like every inch a schoolboy, eh? Actually, he also reminds us of our ex-boyfriend (now husband) back to the days when he looks niftily dressed in white shirt and tie.

Sexy! Who wants to help this guy undress? Hehe.

Did we say he’s smokin’ hot!

As we mentioned earlier, this Turkish stud is married to actress Sedef Avci (lucky girl). Here’s a picture of the couple during some red carpet event. 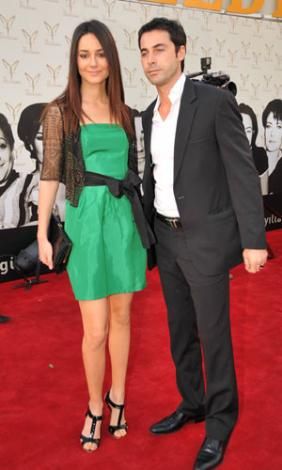 Like her husband, Sedef started as a model but she also became a television and movie actress starring in movies such as Romantik Komedi and Hayattan Korkma. Her accomplishments as a model including winning the Elite Model Look contest in Turkey last 1997. She also represented Turkey at the Miss Universe competition four years later in 2001. 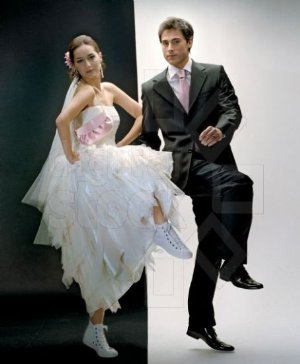 Do you feel the urge to dance with this two lovebirds?