Jefe Wine Iggy Azalea Video Tape. Famous rapper/model Iggy Azalea and less famous rapper Jefe Wine are making the headlines today because of a s*x video tape the two reportedly shot and starred in several years ago. Not surprisingly, Iggy’s camp is trying to stop the tape from being released.

On the other hand, it looks like Jefe would like the alleged video to be released for public consumption. In fact, he did the ungentlemanly thing of 1) confirming that the tape exists and 2) positively identifying Iggy as the girl in the video. Looks like Jefe wants to be the male version of Kim Kardashian and Paris Hilton, no?

Who is Jefe Wine? We need no introduction about who Iggy Azalea is because she’s pretty famous and there’s a whole wikipedia page about her. Jefe Wine, for his part, is relatively unknown so we don’t know a lot about him. Here are five things you might want to know:

1. His real name is Maurice Lasel. He is from Houston, Texas. Aside from Jefe Wine, he also goes by the stage names Wine O and Nuwine.

3. He released a single entitled, Black Jew. No he is not Jewish. When asked why he chose said title, he had this to say: “Because it represents financial freedom, also my mom and Jewish friends call me ”Black Jew” probably because I’m so tight with my money.” [Check out these Hollywood Jewish Celebrities.]

4. He is also a record producer.

5. On how he became a musician: “I was born into music. I was influenced by my father, who everyone called Mr. Guitar, and later on by Scarface from the Geto Boys. When I was homeless on the streets, I would rap about my problems. Music is my outlet and my passion.”

Jefe Wine Shirtless, Tattoos, and Underwear Photos. What does Mr. Wine look like when he chucks off his shirt? Well, check out these photos we grabbed from his instagram account (follow him at @hefewine).

Looks like he’s inspired by the P*ssy Riot girls of Russia. 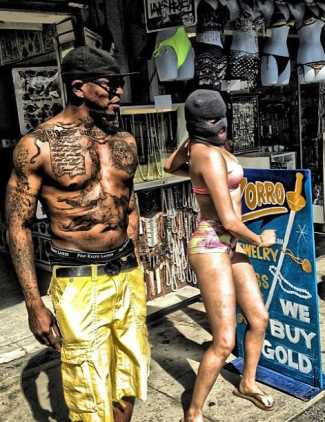 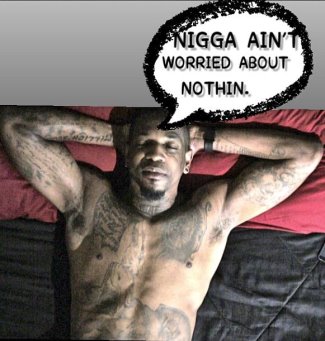 How old is Jefe? 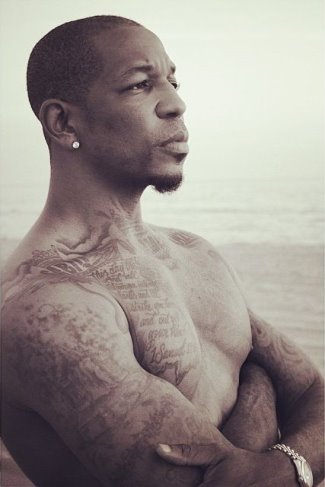 He looks oh-so-shaggable in his suit. 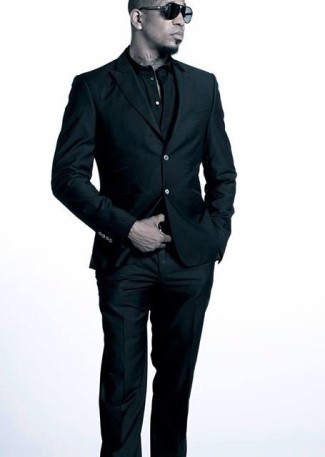 What’s his tattoos telling us? 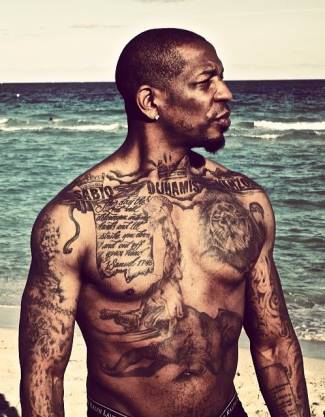 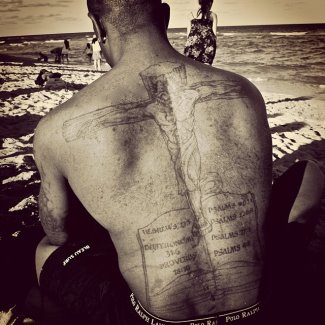