Kelvin Fletcher Shirtless, Underwear, Gay or Girlfriend. Want more male celebrity underwear? Of course you do! Which is why we are bringing you this photo of 36-year-old English actor Kelvin Fletcher looking oh so inviting wearing a pair of classic tighty whitie briefs underwear. 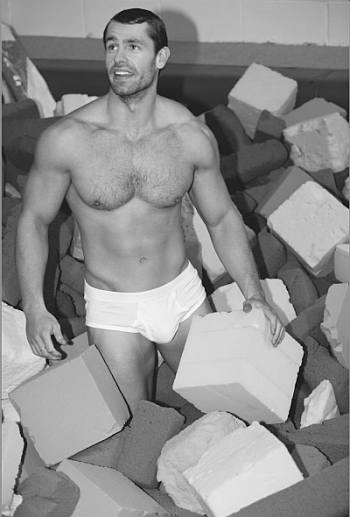 What’s the story behind the photo? Is this an advert for an underwear brand? Is he posing for a magazine? Or is he doing it for a show? And what are those squarey things around him? Questions, questions. Unfortunately, we do not have the answers for you so let’s enjoy the moment and appreciate the perfection of Kelvin in his white briefs.

Now, actually, this is not the first time we blogged about Kelvin and his underoos. We posted the pic below of him and his pals — James Thornton and Adam Thomas — using their long johns as outerwear but the post was about Adam Thomas. 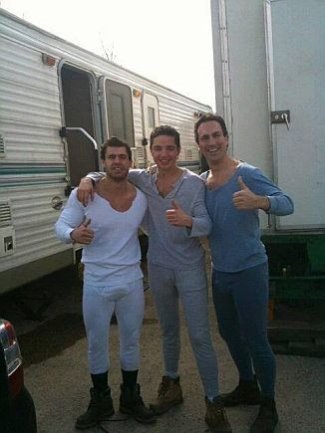 We also did a post on celebrities and their socks and included this photo of our guy in nothing but socks and boxer briefs underoos. What’s the story behind the photo? What is he carrying exactly? And why is he carrying it that way as if that sack is not really heavy but full of, hmmm, maybe foam? 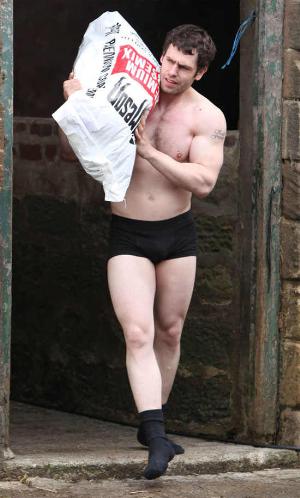 Kelvin Fletcher Gay or Straight? Relationship Status? He is straight and, since 2015, has been married to actress Eliza Marsland. The couple have two children. Here’s a photo of Kelvin and Eliza from their wedding courtesy of Hello Magazine. 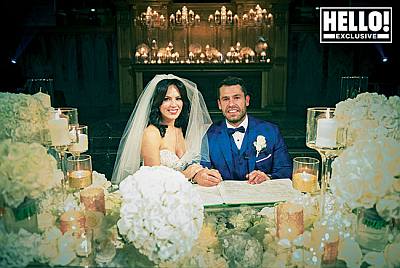 Now, despite his straightness, Kelvin admitted in an interview with Attitude Magazine that he ain’t above kissing dudes.

Here’s what he said: “Yeah, I have [done that]. I supposed a lot of lads have done that. If you do mention this, you’ll have to mention his name: Ryan. He’s the best-looking guy. We had a really good snog. Blind drunk, just for a laugh. We’d had a few beers, it was nothing.”

Awww. Good for you, Kelvin. Now we want to see what Ryan looks like is he is as good looking as you say he is. Hehe. So what is our British hunk doing this days? Apparently, he won the 17th season of Strictly Come Dancing last year. We missed the show so it’s a good thing that the performances are on Youtube so we’ll gonna check out how he outdances the competition.

Apparently, our actor is also a professional race car driver. According to Lanchashire Life, Kelvin “is a driver for Bolton-based RLR Msport, competing in the VdeV European Sports Prototype Championship.” Check him out looking fly in his racing suit. 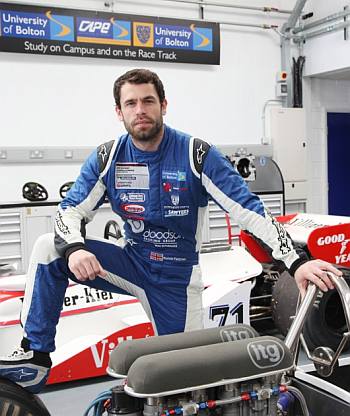