Jake Borelli Gay in Real Life? Boyfriend or Partner? Is Jake Borelli, who plays the gay character Dr. Levi Schmitt, gay in real life? If you are asking, you might not have been paying attention to the internets because the answer is in the affirmative. Yes he is! And the neat thing is that Jake come out to the public at the time his Grey’s character came out on the television show. 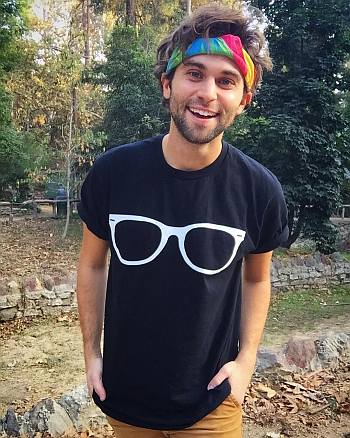 Specifically, he posted this message on his Instagram page when Dr. Levi’s coming out episode aired:

As a gay guy myself, tonight’s episode was so special to me. This is exactly the kind of story I craved as a young gay kid growing up in Ohio, and it blows my mind that I’m able to bring life to Dr. Levi Schmitt as he begins to grapple with his own sexuality this season on Grey’s Anatomy. His vulnerability and courage inspire me every day, and I hope he can do the same for you. To all of you who feel like little Levis out there, know that I do too, that you are seen, and that we’re all in this together. And to everyone who has supported me over the years, I can’t thank you enough, and I love you more than all the stars…

Jake Borelli Boyfriend? We do not know if he has a boyfriend in real life but on Grey’s Anatomy, he is in a relationship with Dr. Nico Kim (played by the gorgeous Alex Landi). Check them out as they “consult” each other inside an ambulance: 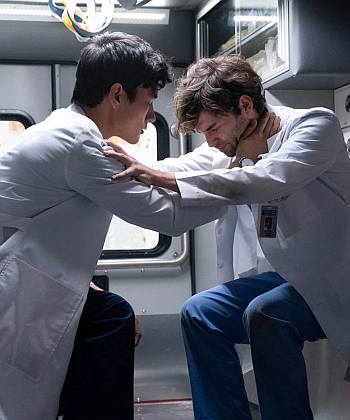 Somehow, they ended up with their shirts off. Awww, these two! Did no one warn them about doing hanky panky in the work place? 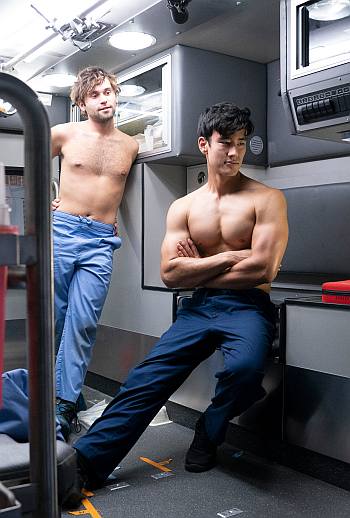 Jake might also have a TV boyfriend on the upcoming The Thing About Harry which is a gay-themed Valentine’s Day rom com which is set to premiere on Freeform TV this February. He co-leads the show with newcomer Niko Terho and let us keep our fingers crossed that they’ll end up snogging each other. 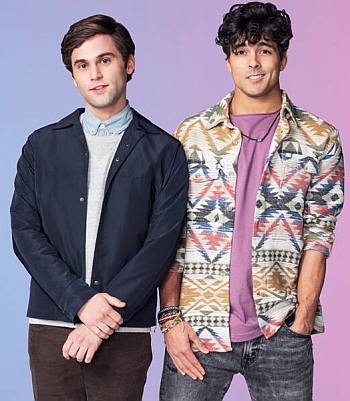