Justin Thomas Shirtless Photos. Twenty-three-year-old pro-golfer Justin Thomas is a member of the Cool Boys of Golf who are changing the stuffy world of golf by their happy partying. Hehe. Here are some Justin Thomas shirtless pics for those of you lookin’. 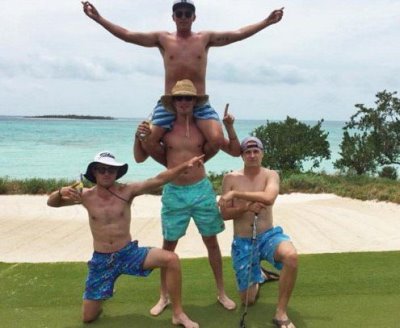 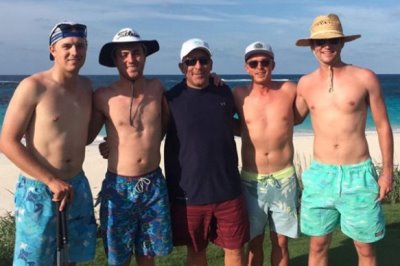 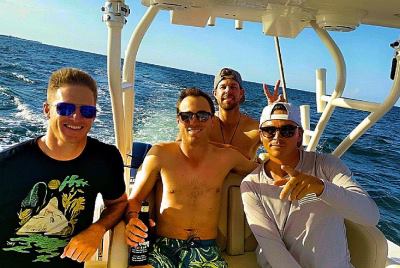 Justin Thomas Girlfriend. He is reportedly dating this girl in the photo which Justin shared in his Instagram page (follow him @justinthomas34). 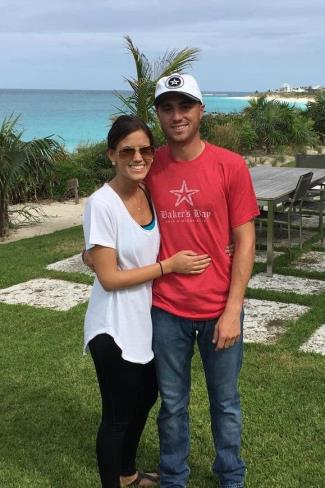 What’s the name of the lucky Justin Thomas girlfriend? Her name is Jillian Grace. Unfortunately, her Instagram account is private so her name is the only thing we know about her so far.

Justin Thomas Earnings, Winnings, Victories. To day, at the young age of only 23 years old, our golfing hunk has already earned a total of $5,804,159 according to Sports Yahoo! That’s nearly 6 million bucks, baby!

Justin’s biggest money purse would be the $1,260,000 he made when he bested his rivals and won the 2015 CIMB Classic golf championship in Kuala Lumpur, Malaysia.

Justin Thomas claimed his first victory on the PGA Tour after winning the CIMB Classic in Malaysia. Thomas holed a five-foot par put on the final hole to secure a one-shot win over Adam Scott at the Kuala Lumpur Golf Club.

The 22-year-old from Kentucky, who posted a course-record 61 on Friday to take the halfway lead, entered the final round tied for top spot with Brendan Steele, and surged clear on his own courtesy of a six-under 66 which included birdies at three of his final four holes.

“I still can’t believe what happened,” Thomas said. “I made that par to clinch the title. “I don’t care how I got it done, it just feels awesome.”

Here’s Justin with his first ever PGA Tour trophy. 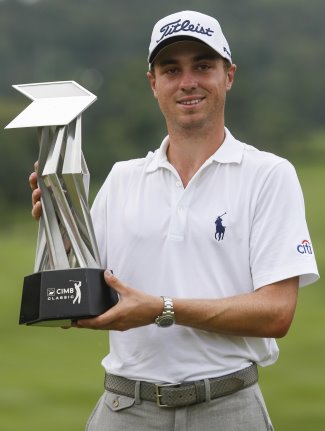 Justin’s most recent big “get” would be at the 2016 Players Championship where he tied for third place and banked $504,000. He sure is making his parents proud. 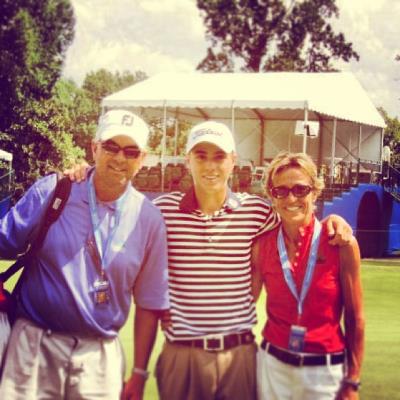 Let’s end this post with our favorite Justin Thomas photo which reminds us of sports uniforms from the 1980s. Hehe.

Update: We are updating this post to note that as of 2020, Justin has banked a total of $34,098,441 in career earnings according to the pgatour.com website. He’s got 13 wins to his name including one of the majors, the PGA Championship in 2017. Relationship-wise, the pro-golfer continues to date the girl we mentioned above Jillian Wisniewski.