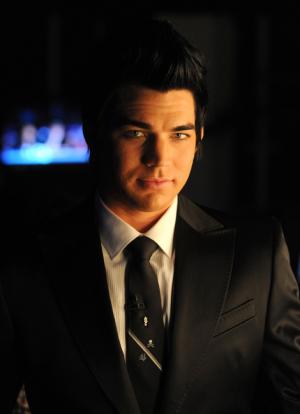 Just Cavalli Suit for Men. American Idol runner-up Adam Lambert in his Just Cavalli suit during one of his many electrifying Idol performances. Who knew that our glam rocker can go for the clean-cut boy next door look? Even the judges were surprised and, no doubt, very pleased when he flipped his image from the rocker/emo type to the formal/dressed-up-like-Frank Sinatra type. Adam surely isn’t boring both in his musical abilities and his fashion choices. 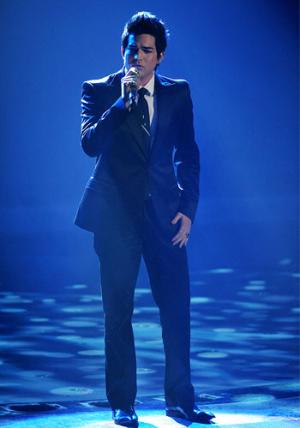 Incidentally, another American Idol alumni who apparently loves him his Just Cavalli suit is the smoldering Constantine Maroulis. He’s wearing a J.C. suit in the picture below. It’s the suit for the aspiring magicians among us which may be the reason why Constantine is wearing it. Hehe. Auditioning for America’s Got Talent are we, Mr. Maroulis? Joke. Joke. 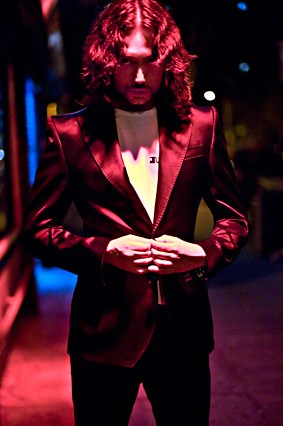 Just Cavalli Jacket for Men: Constantine in Leather. Okay, maybe Constantine looks silly in the picture above but you gotta admit that he’s back to his smokin’ old self in the next photo. We ain’t Constantine fans but we think he’s hawt in this pic. The leather jacket he’s wearing, as some of you may have already guessed, is also by Just Cavalli. This guy sure loves him his J.C. fashion. We won’t be surprised if he’s wearing the label’s underwear underneath his pants. 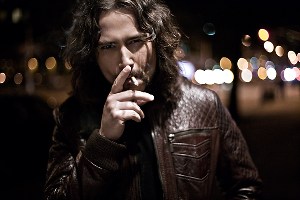 Since we’re on the subject of leather jackets, here’s a cute male model sporting a cool motorcycle leather jacket from the Just Cavalli collection. If you wear this jacket, your “badassity” score will definitely go up by a factor of 10. We’re not kidding! Doesn’t the male model, who otherwise looks like a boy-angel, look like a “dude” with his leather jacket on? 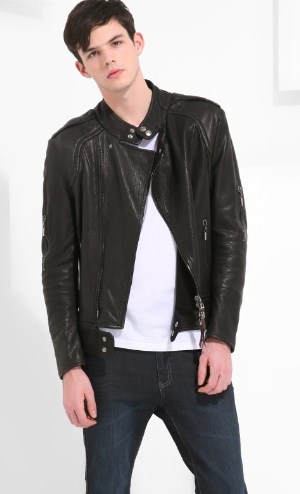 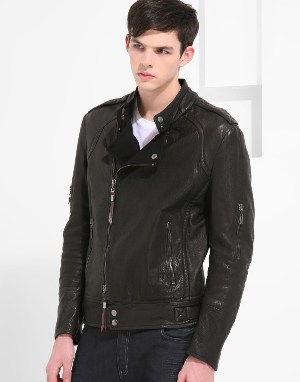