Jackie Chan Plastic Surgery: Eyelid Lift or Blepharoplasty? Does a blepharoplasty surgical procedure (aka eyelid lift), which is a form of plastic surgery, explain the apparent change in Jackie Chan’s looks or is the change merely the outcome of his growing up from a young dude to an older guy?

Here’s what some surgeons are saying (aka speculating) about the possibility that Jackie did have some cosmetic surgery in the past:

Paul S. Nassif, a Facial Plastic and Reconstructive Surgeon and Rhinoplasty Specialist: “It is possible that Jackie Chan had surgery. In his more recent photos it appears that his upper eyelids are more visible, if he did have surgery it was a conservative procedure that still retains his ethnicity.”

Dr. Jennifer Walden (plastic surgeon): “If the before picture is actually confirmed as a young Jackie Chan, which I think it is given his jaw asymmetry in both the before and after shots, then he clearly has had a blepharoplasty (eyelid lift).”

She adds: “If the surgery was indeed done in the 70s it is possible that his surgeon was trying to create a more Westernized look for the young Jackie Chan who would soon find fame in the U.S. Today, more subtle methods of double eyelid surgery are employed in order to preserve the ethnicity of the naturally beautiful Asian eyelid.”

What say you, Famewatchers? Do you think our Jackie has had some plastic surgery?

OTHER BLOG ENTRIES ON JACKIE CHAN

Karate Kid Movie Remake: Jackie Chan is Mr. Miyagi (15 January 2009). I’m so looking forward to this Karate Kid movie remake which is reportedly going to star Jackie Chan as Mr. Miyagi. The Karate Kid is one of my favorite teen movies and I still remember the time I went to go watch it. I’m sure Jackie will do a swell job as the new Mr. Miyagi.

Will Smith’s son, Jaden Smith, will reportedly star as the kid who learned karate from Jackie Chan.

Jackie Chan’s Leather Hats in the Karate Kid (03 August 2009). Today in celebrity men’s hats, we bring you the awesome Jackie Chan and his black leather hat from the remake of Karate Kid. We love us our Jackie Chan so we were thrilled to see him in this movie. We think his performance here is Oscar-worthy. 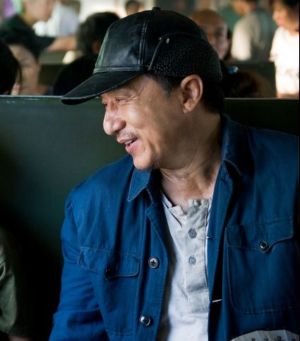 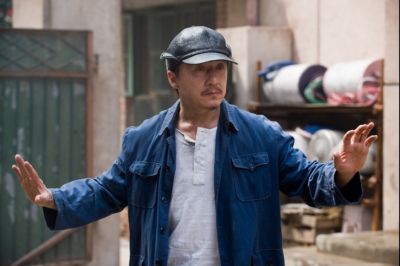 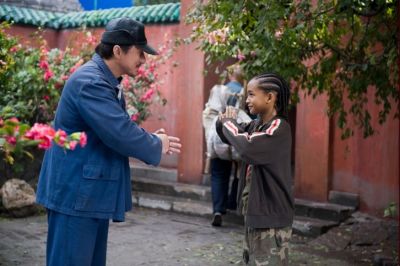 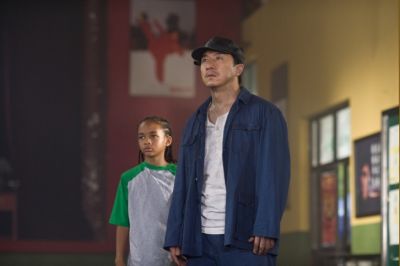