The pic is from the indie movie about a loner named Hesher who, according to IMDB, “hates the world and everything in it”. Check out the trailer below. The movie co-stars current Hollywood “It Girl” Natalie Portman.

Joseph Gordon Levitt Underwear Update (01 March 2012): Now, before we go thinking that our Joseph is only into tighty whities, here’s a picture of the talented Inception actor in a pair of plaid boxer shorts. 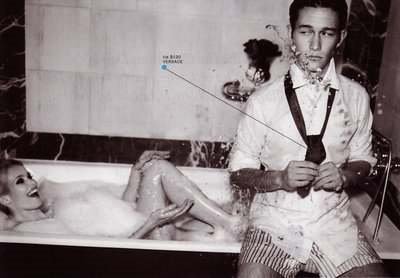 Is that Kate Winslet in the tub? Looks like her but we ain’t 100% sure. Whoever she is, she should drag down Gordon to that tub with her. What a missed opportunity to get wet with one of today’s celebrated young actors. Hehe.

By the way, for those of you who are wondering JGL is up to these days, we just read on IMDB that he’s got like five movies slated for release in 2012. Boy, isn’t he a very very very busy man. For those looking forward to seeing him in your theaters, here are the movies you should watch out for: The Dark Knight Rises, Premium Rush, Looper, Lincoln, and Django Unchained.

We’re looking most forward to seeing Lincoln (JGL plays Abe’s son, Robert Todd Lincoln) not only because of JGL but also because Lincoln is our ultimate hero and because the movie is to be directed by Joseph Spielberg.

Oh wait, we’re supposed to be talking about JGL’s undies instead of his movies, aren’t we? Hehehe. Let’s hope that he’ll have some underwear scenes in the new movies we mentioned above so we’ll have something to add to the JGL underwear collection we have published in this post. Can you imagine him wearing a civil war era underwear? Hehehe. 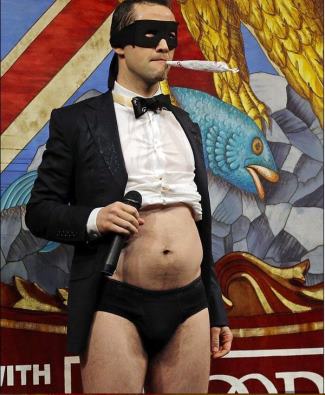 Joseph Gordon Levitt Gay or Straight? He is straight but check him out gay-kissin’ James Corden. Nice! 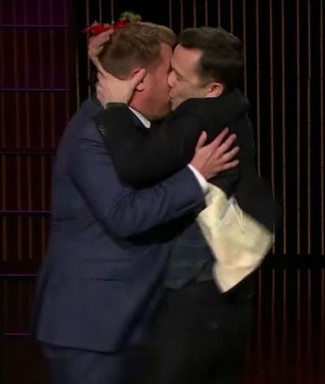