Fundoshi Japanese Underwear Update: Let’s bring back this post from the archives so we can include this handsome Japanese guy wearing fundoshi. We are not sure if this is from the Hadaka Matsuri festival but we would not be surprised if it is. 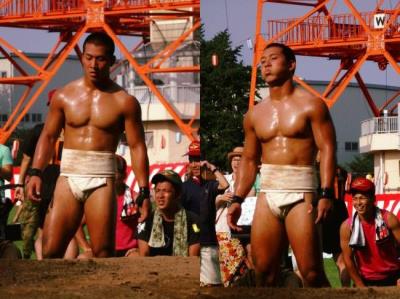 Damn, he’s cute! And we love, love, love his poutiness.

Fundoshi Japanese Underwear (posted 11 January 2014). It’s been four years since we blogged about the Japanese men’s underwear called fundoshi so it’s about time we update this post.

Did you know that the fundoshi has made a cross-over and is now used and loved by women as well? From Japan Daily Press:

The interest in the redesigned loincloth comes from new quarters – women! Forty percent of the clientele who purchase the Sharefun line (by +charming) of fundoshi are women. Colorful and contemporary materials with a designer’s edge are responsible for bringing back the zing in fundoshi. Apparently stores in Tokyu Plaza shopping mall in Harajuku are stocking up on the garment based on this new found demand. High on the popularity charts are colorful design that include polka dots, stripes and checks. Most of the new versions use linen instead of cotton because the fabric reduces odor, absorbs perspiration and fights germs better.

Here’s a photo of a women’s fundoshi on display in a Tokyo department store. 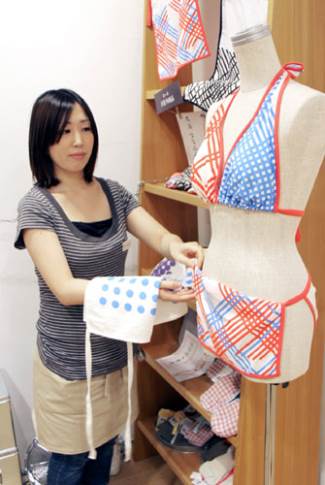 Apparently, there are health benefits to wearing fundoshi: unlike your basic briefs underwear or panties, it does not constrict blood circulation.

The most famous event where you can see Japanese men in their fundoshi underwear would be the Hadaka Matsuri festival which is held every February (if we are not mistaken). Here are some photos of Japanese men during said festival: 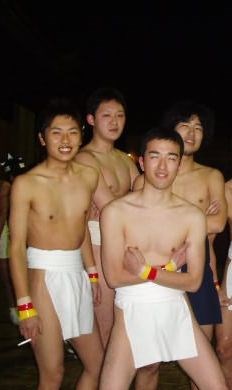 Apparently, your fundoshi does not have to be white. 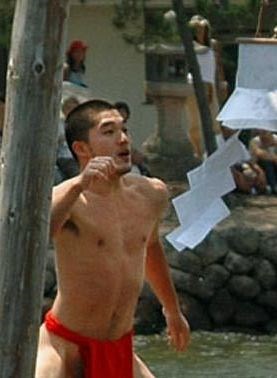 Not unexpectedly foreigners in Japan are jumping in on the fun. Photo grabbed from hackerinjapan.wordpress.com. 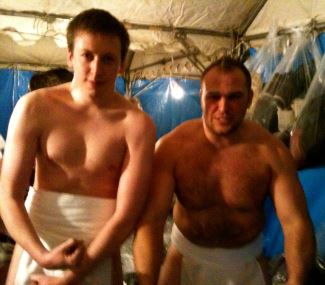 Another white guy wearing a fundoshi during the Hadaka Matsuri. Photo from eikaiwa-neo.com. 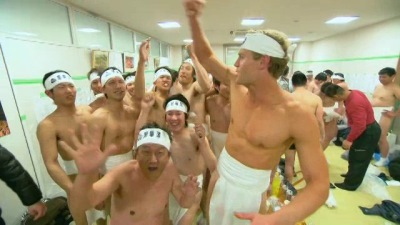 Fundoshi Japanese Underwear or Loincloth (posted on 12 January 2010). Our good friend Deena would like us to expand our blogging about men in their underwear, so we decided to go to Japan to see what our Japanese male friends are wearing underneath their business suits. We already know that some of them wear Hello Kitty Underwear. But they also wear fundoshi. 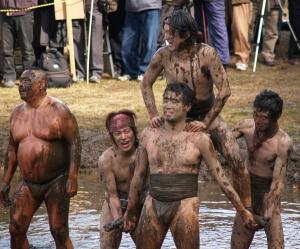 The fundoshi is actually a traditional men’s undergarment in Japan so we doubt if our ultra-modern Japanese friends would still use them in their daily lives. But they do wear their fundoshis during festivals like this one. 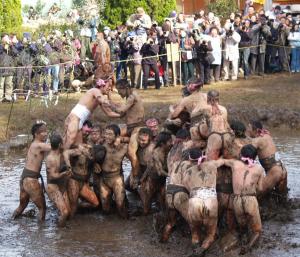 Video Instruction: How to Put On Your Fundoshi Underwear. Those of you who are wondering how to put on your fundoshis. Here’s a video that shows you how. Pretty cool battle cries, huh?

So any plans of buying your own fundoshi Japanese underwear?