Jordan Fisher Gay or Girlfriend, Ethnicity, Shirtless Photos. We were hoping Terrell Owens will surprise us and go all the way on Dancing With the Stars but given his middling scores so far, we have to set our eyes on other dancing celebs to cheer for on the show. Thankfully, we found one in the person of Jordan Fisher who is doing pretty good in the competition. He is a joy to watch so we hope he continues to do well. Kinda not surprising though given his background in dance-friendly shows such as Glee, High School Musical, and Grease. Apparently, he also trained to be a gymnast when he was two years old. 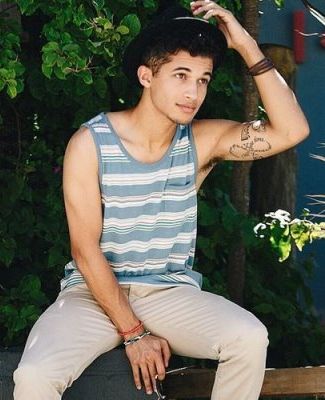 Jordan Fisher Ethnicity. What is our Jordan’s ethnic background? In an interview with vibe.com, he revealed that he is a mix of everything:

I’m very, very, very mixed. My family is from England, I’m Polynesian, I’m Cambodian, I’m Nigerian, I’m Italian, I’m Greek, I’m Scandinavian. I’m a melting pot of everything. My family looks like a GAP ad. They do. There’s a little bit of everything. It’s beautiful. I think it’s exactly what an American family should be.

Here’s another interview with Twist Magazine where he talks about his ethnic background:

I’m multi-racial to include black and white. We have a little bit of many nationalities in my family. I was raised to not only accept diversity but to embrace and appreciate it and be proud of it. My parents have definitely helped shape me in to who I am today because of the importance they stressed of being proud of who I am, to hold true to my values, and to love and accept people of all colors and nationalities.

Jordan Fisher Gay or Straight? He is straight. And he’s got a girlfriend too. Here are photos of the lovebirds we grabbed from his social media account (follow him on Instagram @jordan_fisher). 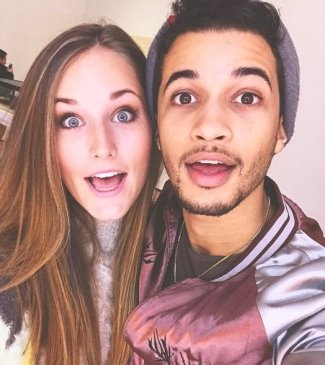 Apparently, the name of the lucky Jordan Fisher girlfriend is Ellie Woods. How cute are they together, huh? 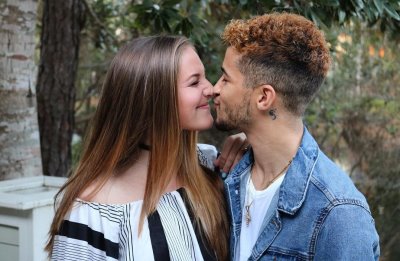 Jordan Fisher Shirtless. This is the only one we can find: 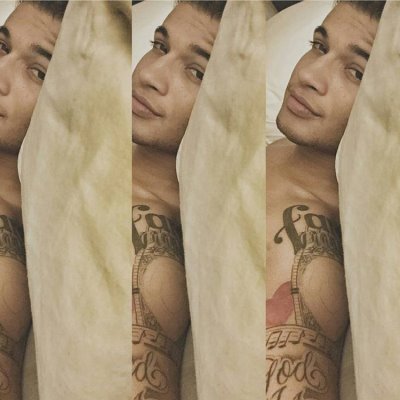 But here’s another fella named Jordan Fisher who happens to be a bodybuilder and who looks beautiful without his shirt. 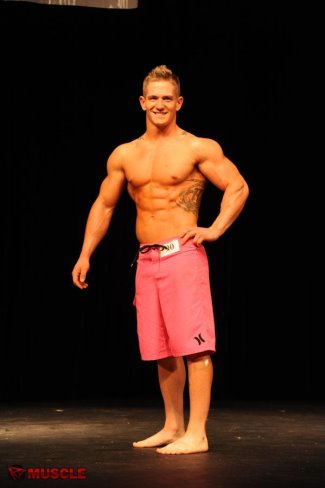 2020 Update. Wow, we did not realize that Jordan is the guy who played John Ambrose on the second installment of To All the Boys I’ve Loved Before. We must say he is a really good actor.

On the relationship front, his relationship with Ellie Woods is going strong and, according to a February 2020 story on People Magazine, the two are planning a wedding this coming July but the corona virus and the need for social distancing may have made them modify their plan.

Here’s Jordan talking about their upcoming nuptials before the Age of Rona became a thing: “We’re pretty much almost done with wedding planning. We’re getting married in July, it’s going to be great. She respects my taste and all my things, and vice versa. We have a great team of people doing so much great work for us and helping us making it a beautiful time.”

He adds, “We’re excited for the people who we’re doing life with, and have been doing it with for a long time, to be there. It’s a blending of tribes and families that I’m so excited about — the idea of seeing this person talk to that person and the worlds colliding.”

Let’s end this update with a photo of Jordan dancing in his underwear shall we?