Is Jessie T. Usher, star of Survivor’s Remorse, one of the next big things in Hollywood? The guys of Hollywood Reporter think so because they have included him to their list of 2015 Hollywood Breakout Talents or those under age 35 whose stars are on the rise.

Here’s what the Hollywood Reporter is saying about Jessie Usher:

Jessie T. Usher doesn’t hesitate to call Will Smith his Hollywood role model, and so far the 23-year-old actor is doing an uncanny impression of the Fresh Prince, minus that part about parents not understanding.

Successful TV comedy? Check. Usher plays basketball star Cam Calloway in Starz’s hilarious Survivor’s Remorse, which has completed its second season and was swiftly renewed for a third. Genre-bending movie career? Check. Usher was just cast in A Meyers Christmas, a Universal family comedy set for a November 2016 release, by which time Usher may already be a household name thanks to a little sequel called Independence Day: Resurgence, in which he plays the son of Captain Steven Hiller from the original smash. Hiller was, of course, the character played by … Will Smith.

Jessie Usher Shirtless Photos. Now, we know some of you are less interested in what Jessie will become in the future and are more interested in his present shirtlessness so we are bringing you these hottie hot hot Jessie Usher shirtless pics: 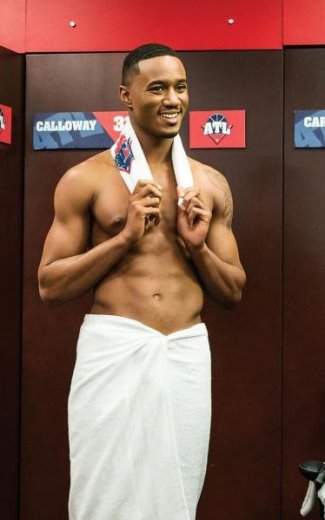 This is probably our favorite photo of the young actor. 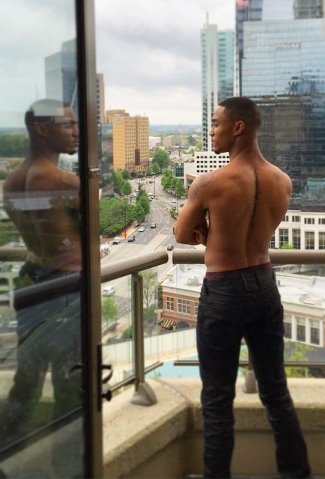 Can you ID the brand of this Jesse Usher underwear? Looks like the label says Fruit of the Loom, no? 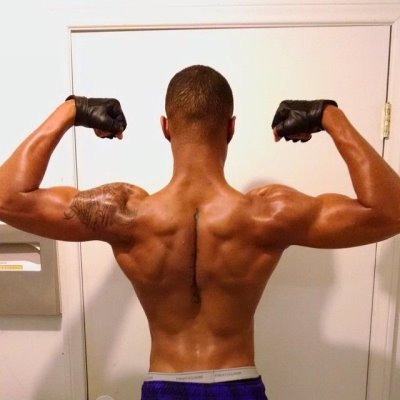 If you’ve got a chiseled gym body like Jesse Usher, no one will blame you for showing it off three times. Hehe. 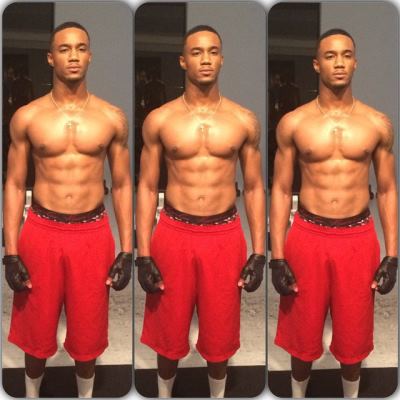 Does Jesse Usher wear boxers or briefs underwear? Looks like he is a boxer shorts kind of guy — at least in the photo below. 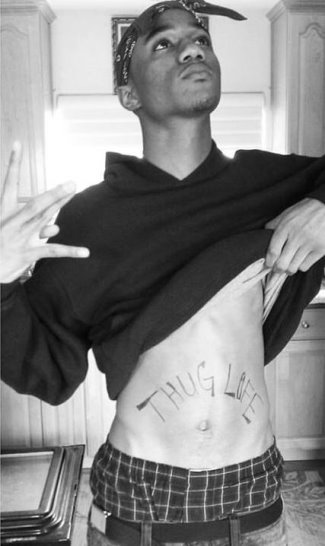 Jesse Usher Girlfriend. For those of you who are wondering whether the Survivor’s Remorse actor is dating, he stated in an August 2015 interview with Madame Noire that he does not have a girlfriend.

Madame Noire: Is there a girlfriend?
Nope! Nah, let me not say it like that. I’m just working right now. At this point, I’m barely ever home. It would be difficult to try to do that.

Yay for girls who are dreaming of making Jesse their boyfriend.

Is Jessie Usher Gay or Straight? Heh! Internet waggers are wagging their tongues that Jessie is gay. Check out for instance these comments from his IMDB page:

What say you, Famewatchers, to these speculative comments? How exactly does Jessie move that’s pinging some people’s gaydar?