Here’s a pic of the James Bond Spectre Omega watch: 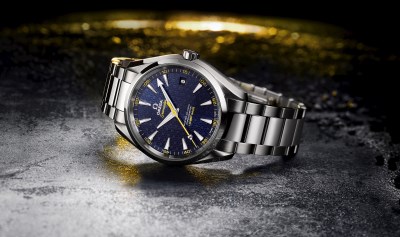 And here’s another image: 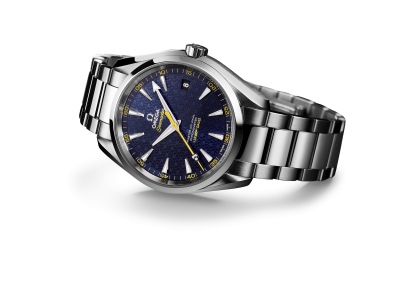 Finally, here’s one looking at the inside part of the Omega Seamaster Aqua Terra 150M Master Co-Axial: 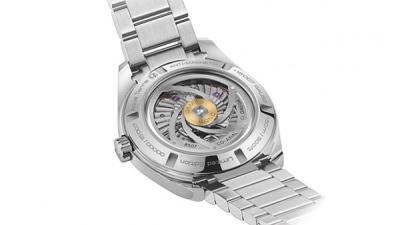 More about the watch from the company’s media release:

In anticipation of SPECTRE the 24th James Bond film scheduled to release in 2015, OMEGA has created a limited edition Seamaster Aqua Terra 150M model inspired by the Bond family coat of arms.

The symbol is repeatedly interlocked to create a dynamic pattern on the watch’s blue dial. The coat of arms is also found near the tip of the yellow central seconds hand.

Among the most striking elements of this 41.5 mm stainless steel timepiece is the oscillating weight of the movement visible through the sapphire crystal caseback. This component has been cut and shaped to resemble a gun barrel, a design feature associated with James Bond.

Powered by the completely new OMEGA Master Co-Axial calibre 8507, this timepiece is resistant to magnetic fields greater than 15,007 gauss.

The timepiece is presented on a stainless steel bracelet and will be produced in an edition limited to 15,007 pieces. It is delivered with a full four-year warranty.

They’re releasing only 15,007 units? That’s not a lot in the scheme of things but it is a limited edition which makes it more valuable for watch aficionados and collectors.

So how much is the price tag for the James Bond Spectre Omega Watch? Our haughty friend Deena says that if you can afford it, you don’t have to ask. Heh, Deena! According to Men’s Journal this limited edition collector’s piece is at $7,350. 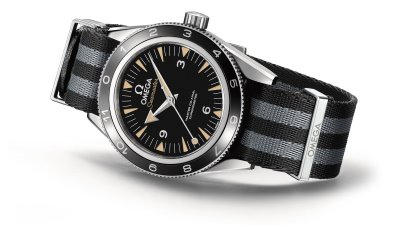 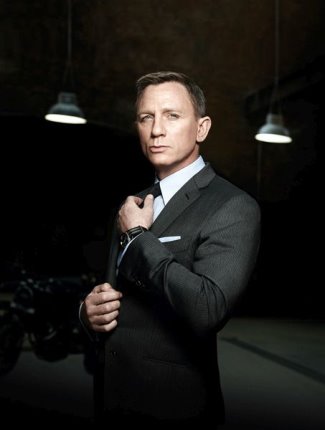 Daniel with his Spectre watch visited the Omega factory. 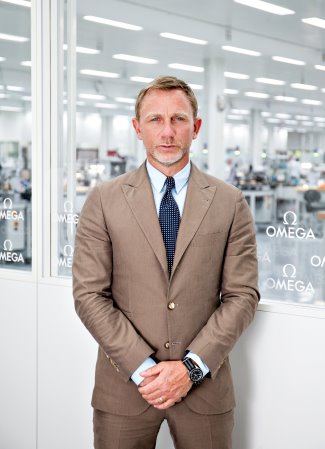