Jakub Błaszczykowski Shirtless and Underwear Photos. Time for another Polish hunk and, this time, let’s check out footballer Jakub Błaszczykowski, winger for Borussia Dortmund, captain of the Polish national football team, and sports model for Nike.

For those of you wondering, that’s not a Swiss flag on his chest (we mistakenly thought it was) but the White Eagle which is, according to wikipedia, the national coat of arms of Poland. Here’s a pic of our football hunk in his uniform which also features the White Eagle.

Pretty cool uniform, huh? Aside from modeling for Nike, Jakub also inked a deal with Hugo Boss. Check out the ads below for Hugo Boss sports perfume. 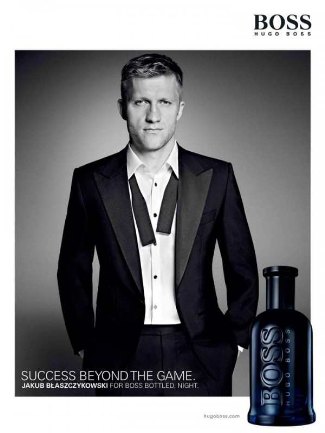 He’s looking good in that leather jacket, eh? He is overdressed though. They should also have him model these sexy Hugo Boss Men’s Underwear. Hehe. 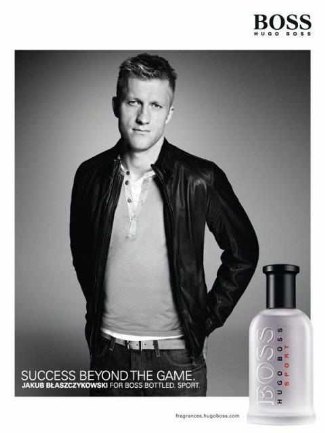 What kind of underwear does Jakub prefer? Apparently, as seen in the next image below where he chucked off his pants, the Polish hunk is into boxer shorts. 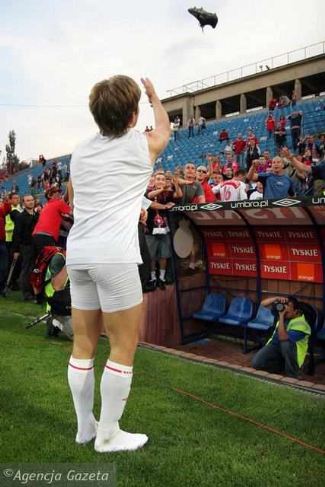 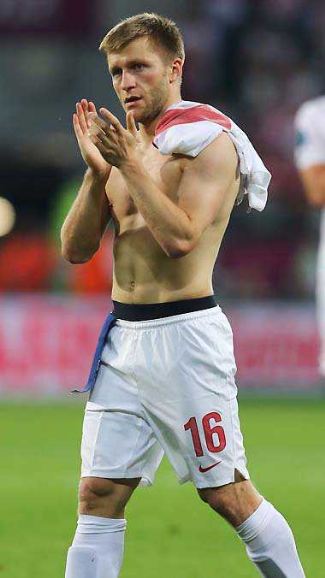 What do you think of Jakub’s washboard abs? 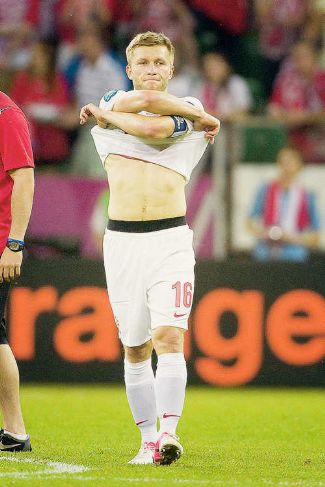 Does Jakub have a girlfriend or a wife? Yes he does! He is married to Agata Gołaszewska. Here’s a pic of the happy couple who got hitched in 2010 following a three-year engagement. 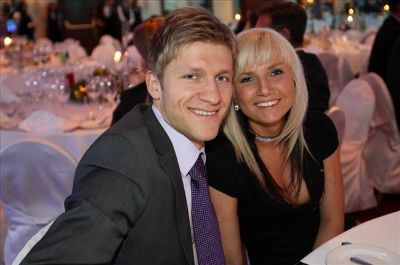 Agata and Jakub and daughter Olivia who was born in 2011.

Awww. How cute is their baby?