Hot Guys in Bath Tubs: Daniel Radcliffe and Jon Hamm. Remember the celebrities in bath tubs photos we blogged about two years ago? Well, it looks like we are not the only ones who love us our celebrity guys in bathtubs so we decided to bring you a Part II. First up: Harry Potter’s Daniel Radcliffe and Mad Men’s Jon Hamm share a bath, and a loofah, in the BBC comedy drama, A Young Doctor’s Notebook. 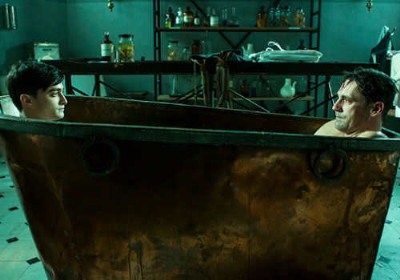 You want a video version of the pic, don’t you? Here you go! [Sorry, clip deleted at source.]

Are you a little disappointed by the very short clip? Well, don’t you worry because we have more bath hotties for you courtesy of TV/movie director TJ Scott director (his directing credits, among others, include Xena: Warrior Princess, Hercules, La Femme Nikita) who’s reportedly planning a coffee table book featuring people in bath tubs. Here are some of his photos we grabbed from his Flickr account. We should support the book once it is published because its proceeds are intended to raise funds for breast cancer research.

Is there anything hotter than a hunky guy in a tub with a cigar? Clearly, not a lot of men can “out-hot” David James Elliot, no? Want more of David James? Check him out in our list of Celebrities With Rolex Submariner Watches. 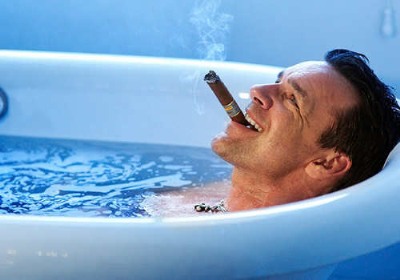 Twenty year old Aussie hunk Christian Antidormi sizzles in the water. Christian’s IMDB profile may be a little thin but he’s young and cute so don’t be surprised if he makes in big in Hollywood someday. Remember Liam Hemsworth, who’d have thunk he’d made it big in Hollywood in so short a time? 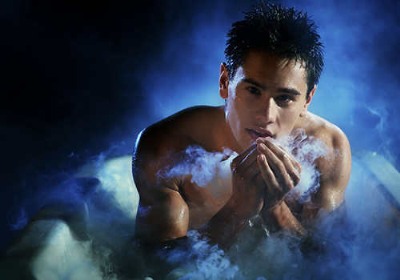 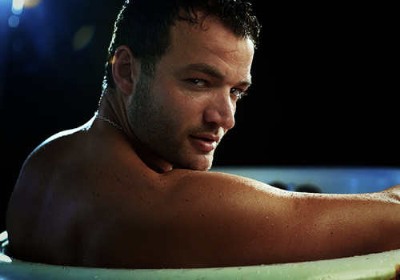 British-born Aussie hunk Barry Duffield is in great shape for a dude in his 50s. 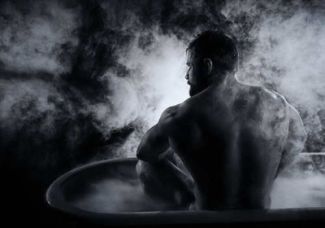 Our favorite among these hot guys in bath tubs from TJ Scott’s In the Tub project would be this photo featuring Aussie hunk Todd Lasance. 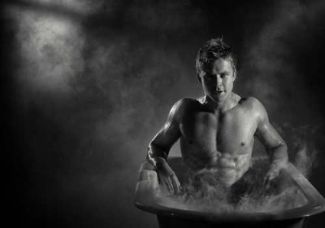