Hillary Duff Bikini at the Beach. Today, we’re giving you two versions of Hillary Duff. The first one above is the sexy Hillary who gets featured in men’s magazines. The other ones below are the unsexy Hillary version when her stylist must have gone on vacation. Which Duff do you want, the real Duff or the sexy Duff? 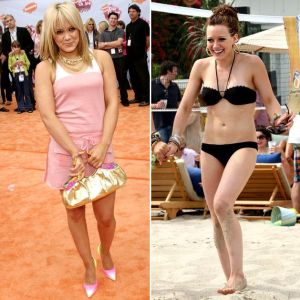 OTHER BLOG POSTS WE WROTE ABOUT HILLARY DUFF:

Bitch Fight: Hilary Duff vs. Faye Dunaway (posted 11 February 2009). We are with Hillary Duff on this one. Faye Dunaway threw the first punch when she criticized Hillary merely because the younger actress was reprising Faye’s role in Bonnie and Clide. Faye’s criticism is totally uncalled for and is not a very professional way to behave. 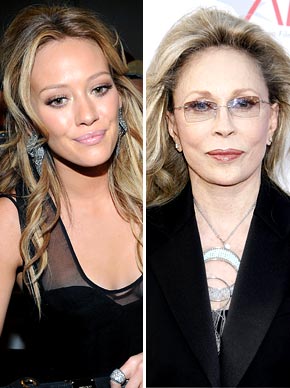 USmagazine reports: “After Dunaway, 68, criticized Duff’s acting skills when she learned the singer, 21, was assuming her role in an upcoming remake of 1967’s Bonnie and Clyde, Duff sniped, ‘None of my fans even knew who she is.’ On Tuesday’s Bonnie Hunt Show, Duff defends her remarks. ‘She started acting way later than I did so I think I have time to grow and grow with each project,’ she says. ‘I am learning and work hard at my craft.'”

The report adds: “While Duff admits her remark was mean, she says, ‘It’s not OK for people to take stabs at you and to say mean things for no reason.'”

Earth to Faye: You may be a good actress but you are not the only one who can act. 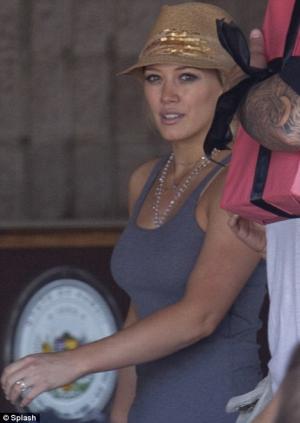 When love is in the air, can the wedding bells be far behind? The answer is no for actress/singer Hillary Duff and hockey player Mike Comrie who got themselves engaged during their vacation in Hawaii. He proposed, she accepted, and she’s now wearing an engagement ring. Yay for romance! 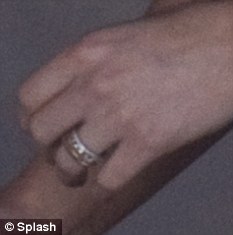 From Hilary’s rep: “Hilary Duff and Mike Comrie were engaged this weekend while vacationing in Hawaii. After having been together for over two years, they are very excited to share this happy news. They are thankful for all of your warm wishes.”

Warm wishes to the love birds indeed. To use them famous fairy tale words, may they live happily ever after until the end of time.