Brad Pitt Unzipped and Other Brad Celebrity Stories. Brad Pitt must have been too busy celebrating the 13 Oscar nominations of his movie, The Curious Case of Benjamin Button, so he forgot to zip his fly. Thankfully for him, but unfortunately for his pervy fans, he was wearing an underwear which covered his manhood. 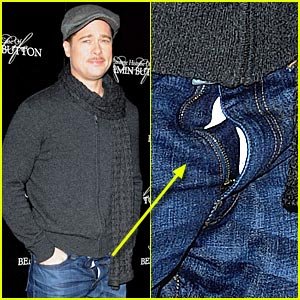 Want more men in jeans? You might want to check out this Brad Pitt Jeans Collection.

OTHER BLOG POSTS WE WROTE ABOUT BRAD PITT

Darn. This looks good. Brad Pitt is getting better and better in his movies, isn’t he? Some still photos from the movie which we are soo looking forward to watching with our friends once it comes out. 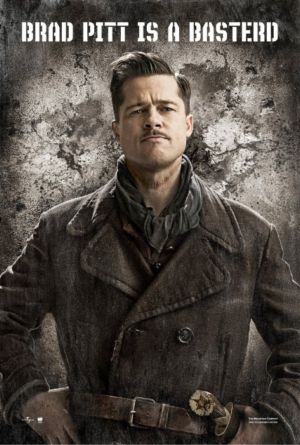 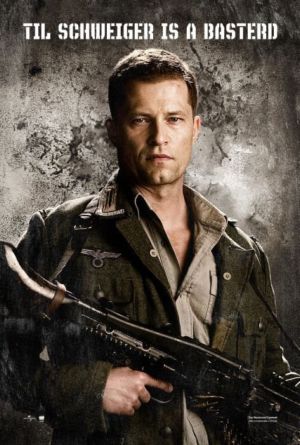 What about you? What do you think of Brad’s facial hair? We’re not liking it either but, unlike Deena, it does not gross us out so much that we’d rather not kiss him if we’ve got the chance. As if we’ll ever get the chance. Hehe. 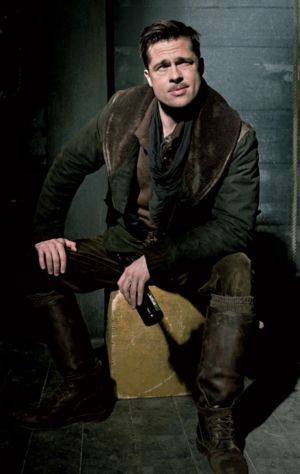 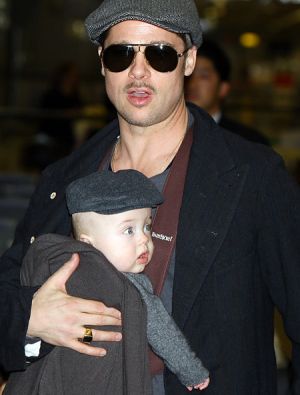