Golf Underwear: Pro Golfers Rock in Undies and Speedos. What underwear should you wear when you go golfing? Well, if you are a pro like our imaginary beau Swedish golfer Henrik Stenson, you wear a pair of white boxer briefs.

Make sure it is spiffy clean so you won’t be embarrassed if you gotta take off your trousers to navigate a muddy course. You know, like Henrik is doing below. Want more Hot Male Golfers? 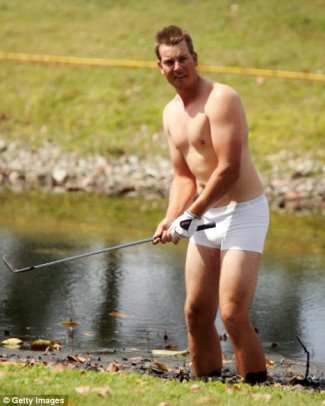 Apparently, since the Swedish pro made the news for golfing in his underoos, other golfers have followed his example and dropped trou if only to keep their pants clean. For instance, here’s French pro Matthieu Pavon playing in his purplish boxer briefs at the 2018 Portugal Masters. 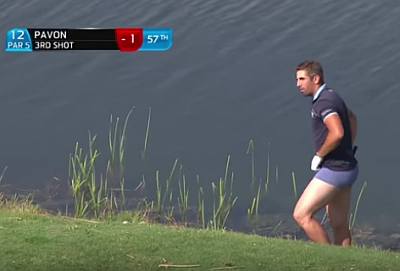 Meantime, here’s British golfer James Heath rocking it in his underoos during the European Tour’s Trophee Hassan II in Morocco back in 2017. 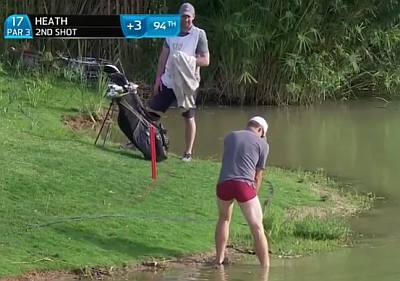 For his part, American pro Gary Woodland is seen in the next photo below going for a swing while pants-less at the 2016 Honda Classic in Palm Beach, Florida. Woodland was wearing Under Armour at the time. 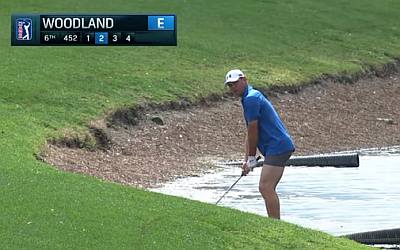 The following year, also at the Honda Classic, Shawn Stefani also took off his pants in an attempt to chip the ball back onto the course after it fell into the water. 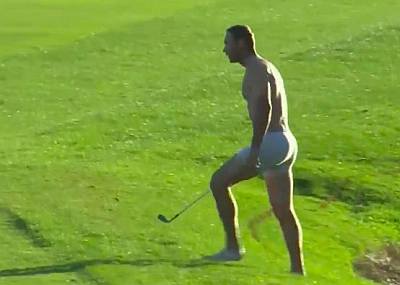 Also in 2017, during the CareerBuilder Challenge in Palm Springs, Spanish pro Gonzalo Fernández-Castaño stripped to his white boxer shorts and waded into a water hazard to hit his wayward ball. 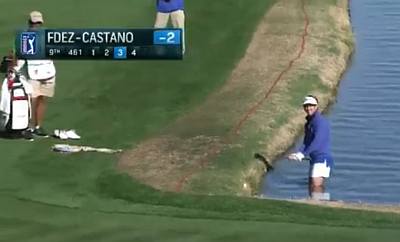 We have no doubt that more of these will happen in the future. If you are a fan of pro golfers playing in their underwear — they’re mostly wearing boxer briefs from what we’ve seen — you gotta give props to Henrik Stenson who started the practice in his white Bjorn Borgs.

Question for those of you: On hindsight, was Henrik’s move some kind of guerilla marketing? We think what he did was an organic reaction to a misfortune in the golf course but it sure did help raise the profile of the Bjorn Borg label which was established by the tennis great and which not a lot of people were familiar with at the time. 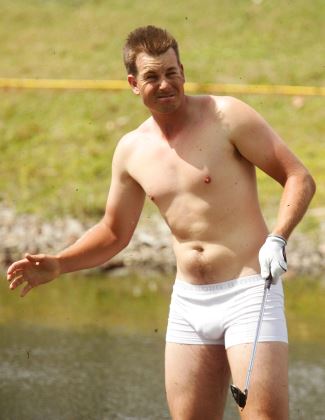 Now, they are not playing golf but let’s end this post with this photo of Rickie Fowler and his pal David Colturi walking in their skimpy Speedo outfits. Who says Americans don’t wear no Speedos? Certainly not Rickie!

David is an Aussie so him wearing a pair of budgy smugglers is par for the course for him. Hehe. 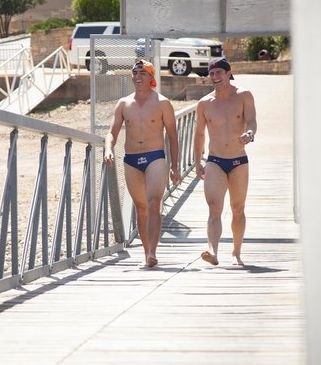