Golf Is So Gay: Homoerotic Moments in the World of Golf (posted 19 August 2009, Last updated: July 10, 2020 at 2:56 am). Of course the golfing world can be so gay sometimes. Although it is an individual and somewhat conservative sport, golf has offered us some moments where the only thing to say is, “that is so gay”.

So we are writing this post as the world of golf’s contribution to our Sports Is So Gay series. Let us begin with probably the funniest image to come out from a golf course. As you can see, it is the great Phil Mickelson giving us the “O” face with a guy behind him who appears to sharing this moment of ecstasy. If this ain’t gay, then we don’t know what is. 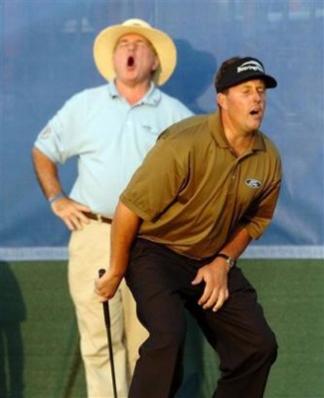 Other golf is so gay moments include any moment where John Daly is involved. Hehe. We are joking of course. We love us our Daly and we appreciate his loud personality and even louder colors. 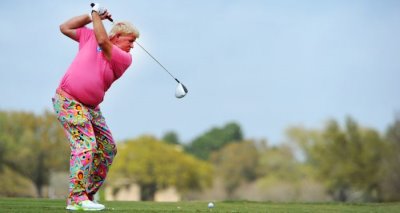 Golf is the only sport in the world where the dyck-to-b*tt image below is acceptable and kinda expected. After all, how can golfers teach others how to swing a stick to ensure that some ball goes inside a hole? 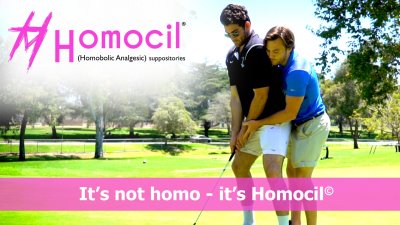 Dyck-on-b*tt instruction on how to play golf. 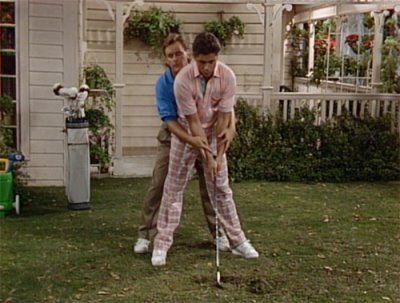 Want another golf is so gay moment? Well, check out this image of golfing champ Martin Kaymer with manager Johan Eliott. 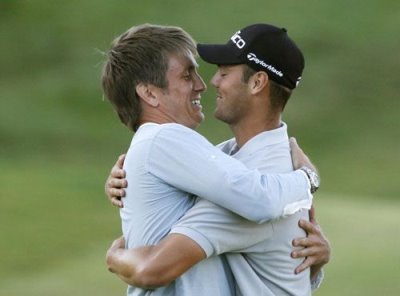 If washboard abs are gay and a golfer has one of the best sculpted abs in the world, then it follows that golf is so gay, right? Of course! 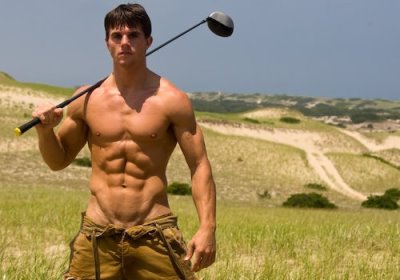 Let us end this post with a golfing photo which kinda made our friend Kevin a friend of Dorothy. Seriously, this is all it took to make Kevin convert to gheyness. Nah, we’re joking of course. Kevin says he knew since kindergarten. But he want us to include this photo and we gotta explain why it belongs here. 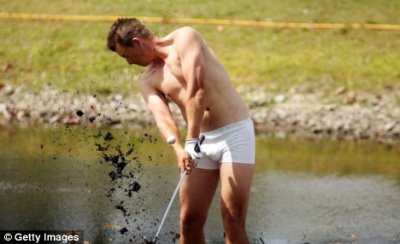 Anyhoo, check out our previous “Sports is so gay” entries like basketball is so gay. Now, unlike other sports who do have some gay players – Gareth Thomas in rugby, John Amaechi in basketball, Esera Tuaolo in American football – no pro golfer has come out as gay. Well, no male pro golfer that is. Among lady golfers, several have come out as lesbians such as Rosie Jones, Kelly Robbins, Karrie Webb, Muffin Spencer-Devlin, and Patty Sheehan.

Update: Mianne Bagger is a golfer who used to be a man but who had s*x reassignment surgery and who now plays pro-golf as a woman.