Apparently, according to Granda himself, he was Falwell’s bull who was cuckolding the evangelical Trump supporter who loved to watch while the hunky Italian was doing stuff with Becki Falwell.

Here’s what Granda specifically said when interviewed by Reuters: “Becki and I developed an intimate relationship and Jerry enjoyed watching from the corner of the room.”

More from Reuters Investigates: “Giancarlo Granda says he was 20 when he met Jerry and Becki Falwell while working as a pool attendant at the Fontainebleau Miami Beach hotel in March 2012. Starting that month and continuing into 2018, Granda told Reuters that the relationship involved him having s*x with Becki Falwell while Jerry Falwell looked on.”

We must say that the Falwells, despicable they may be with their hypocrisy, have an excellent taste in men because Granda is totally a looker. Damn, we sure would like to do stuff with him and not just watch in a corner as Falwell Jr. apparently did. 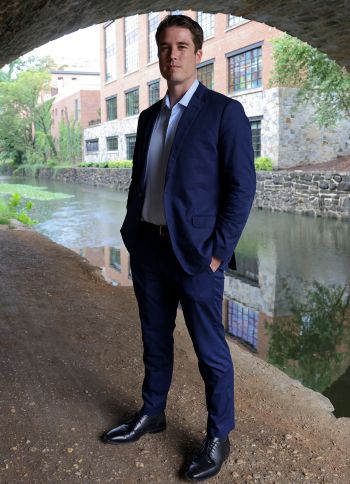 Initially, we thought Falwell Jr. must have forced his wife Becki into this relationship. You know, like in the case of another disgraced Trump supporter Paul Manafort who, according to text messages of his daughters, forced his unwilling wife Kathleen to be used by other men while he watched in a corner.

However, after listening to a recorded conversation between the Falwell couple and Granda, it appears that she is a willing participant in this relationship. In fact, she clearly tells his young lover that she was jealous when he was talking about the other girls he was dating. 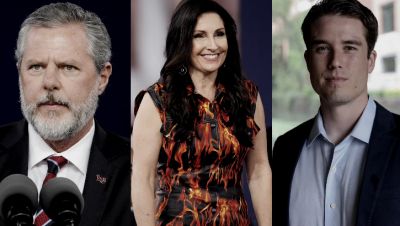 Here’s the conversation we transcribed from the Reuters recording:

Becki Falwell: His new thing is, like, telling me every time he hooks up with people like I don’t have feelings or something.

Giancarlo Granda: Aww… I’m not trying to do that.

Becki Falwell: Like a week ago, I was in tears for a whole freakin’ day. He was like, “I hooked up with this girl on Tinder and then I got her an Uber and I’m, like, completely depressed.”

Giancarlo Granda: Come on, you don’t care about me.

Becki Falwell: Maybe the more you tell me, the more I’ll get used to it.

Giancarlo Granda: You don’t care about me any more, Becki.

Giancarlo Granda: You don’t care about me any more.

Giancarlo Granda: I just tell you cause you’re my best friend.

Becki Falwell: I know, I’m trying to be OK. I’m, like, accepting that position but I’m kind of… so yeah.

Becki Falwell: I’m not as crazy as I used to be, I would think. I don’t think.

Giancarlo Granda: No, you’re not.

Becki Falwell: Yeah, gotta keep that up. Yeah, this is just new. I don’t know, the whole… I was always, you know, even before you were dating somebody, it just kind of threw me for a loop.