George Young Shirtless, Underwear, Wedding. So, your Famewatchers were curious on whether Lindsay Lohan’s comeback project — Falling For Christmas — is any good so we scheduled last Friday night to watch it as a group. The verdict? The movie itself is your average Christmas rom-com but there is no denying that Lady Lohan is back!!! We are so happy for her. She’s really a natural in front of the camera and we are hoping our fingers crossed that she will continue to do projects because she’s a really good actress. If she keeps at it, we won’t be surprised if she’ll be winning acting awards in the future. 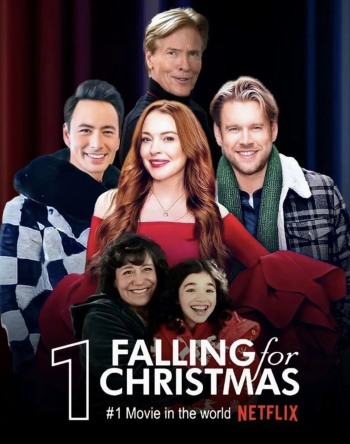 Now, a pleasant surprise we discovered while watching the movie is British actor George Young who played Lindsay’s influencer fiance. His character is silly and ridiculous but, boy, is George Young gorgeous with a capital G. 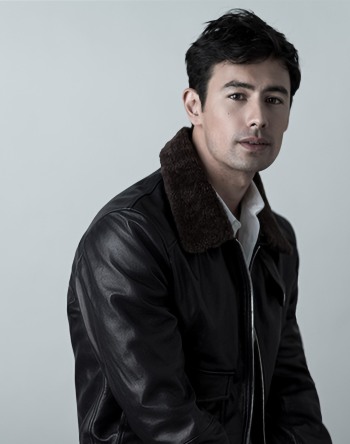 Apparently, he’s been in the acting biz since 2008 but his projects were released in the UK or some parts of Asia. He did eventually star in Hollywood shows such as Containment on The CW which, sadly, only lasted for one season. He also starred in the James Wan horror Malignant which was released last year. And, of course, we gotta thank Netflix for introducing the actor to us via Falling For Christmas.

Oh, we almost forgot to mention that he’s a lawyer. He graduated with a law degree from The University of Law in the UK and is a qualified solicitor for the Supreme Court of England and Wales but he opted to pursue a career in acting instead. Want more Hot Lawyers?

George Young Shirtless and Underwear Photos. We still have to see a pic of him in his underoos but here are shirtless pics of our hunky actor. We grabbed these pics from his Instagram page which you might want to follow @instageorgey. 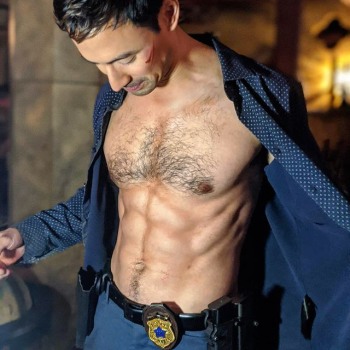 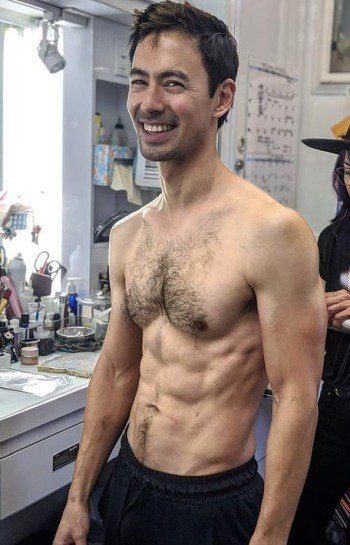 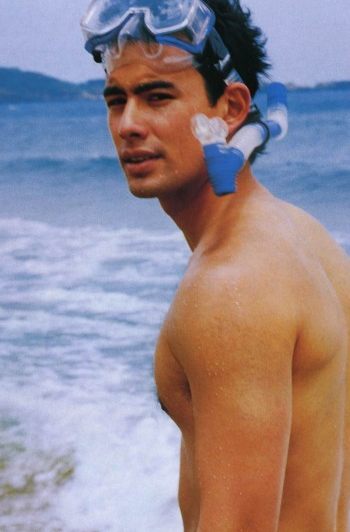 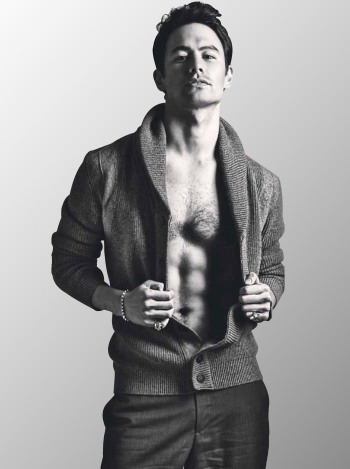 George Young Gay or Straight? He is straight and married to wife to TV host Janet Hsieh. The couple got married in 2015 with penguins as their witnesses when they said their I Do’s. Yup, they went to Antarctica to get hitched. George and Janet are now the proud parents of two boys. 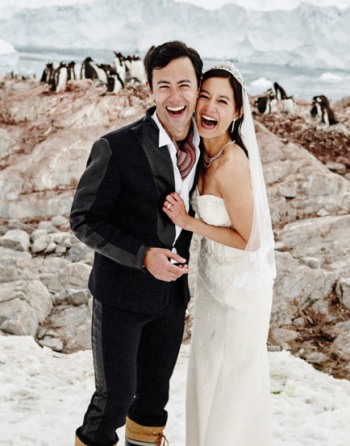 George Young Awards. Per IMDB, the actor has won two acting trophies for his role as a person with autism in the 2018 movie Home. 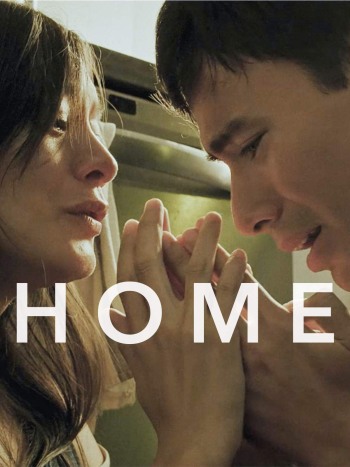 George Young Ethnicity. He is mixed race. According to wikipedia, his father is Malaysian of Chinese descent while his mother is Greek Cypriot. 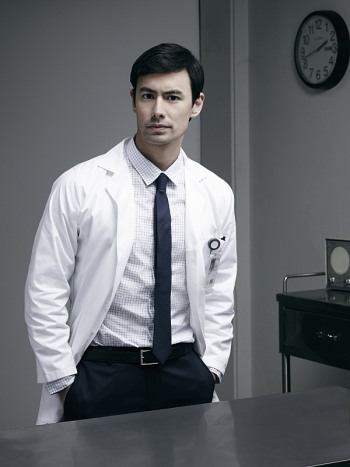