Federico Macheda 2020 Update. Our Italian footballer is now playing for the Greek football team Panathinaikos FC. On the home front, he’s a married guy now having tied the not with Martina Minafra. The couple have a three year old boy, Lorenzo. If you want to be updated about his life on and off the pitch, check him out on Instagram @federicomachedaofficial. Wanna see him in Speedo again? Of course you do! Consider your wish fulfilled. 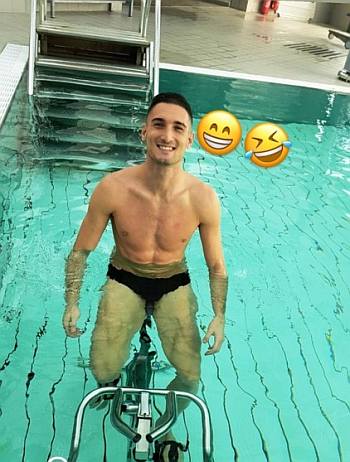 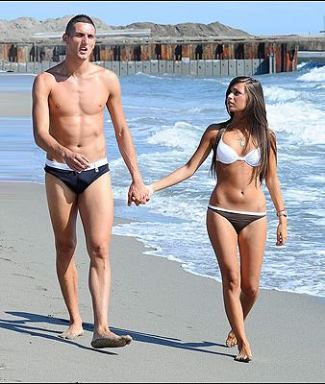 The two dated but we are not sure whether they are still dating because whosdatedwho.com reports that Federico is single at the moment.

Meanwhile, here are some Federico Macheda shirtless photos for those of you who are fans of shirtless athletes. Nice smile, Kiko. 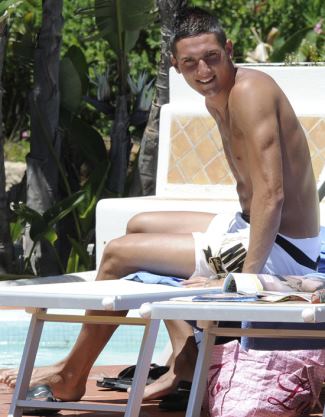 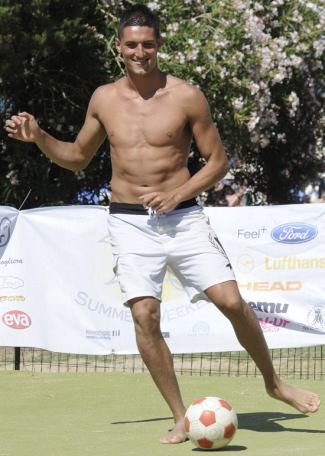 Hey, did you just send me a text message? 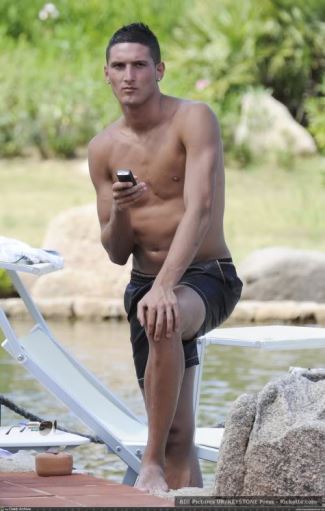 …..
Federico Macheda: Football’s Next Big Star? (18 April 2009). Is 17-year-old Federico Macheda the football world’s next big star? Looks like it, no? But whether or not he lives up to his early promise, he is already the biggest star in his family.

Says his father Pasquale on the Macheda family’s life before Federico made it to Manchester United:

“It was hard to pay the bills and we had been worrying about having enough money to get to the end of the month. Then we got that fateful telephone call from someone with an English accent.”

Federico was offered £73,000 a year to come to Manchester – a huge amount for a family who had for years struggled to put food on the table. Pasquale had taken on a string of low-paid jobs including doing night shifts so he could spend his days mentoring his son.

Federico’s mum Loredana worked all sorts of impossible shifts too. And she was also at Old Trafford with Pasquale and younger son Simone, 15, to see Federico’s man-of-the-match debut performance. Pasquale said after the game: “It was like being in a dream. All these people celebrating Federico’s goal. I cried. He dedicated the goal to me. He won champagne for being man of the match and gave it to us.” [Daily Mirror]

Go, Federico! We hope you achieve your full potential in the world of football.