More Lee Carseldine Shirtless and Underwear Photos (2020 Update). Over four years later, we are updating this post to note that the cricket-star-turned-Survivor-player did really well in his first Survivor (he was the runner-up) and was cast in this year’s Survivor All Stars and was doing well but had to withdraw when he learned that his mom suffered a massive stroke.

Oh, we are also updating this post to include this photo of our zaddy cricket hunk lounging in a pair of red Jockey boxer briefs. Apparently, he was hired as a celebrity ambassador for the brand in 2018. Thank you Jockey! 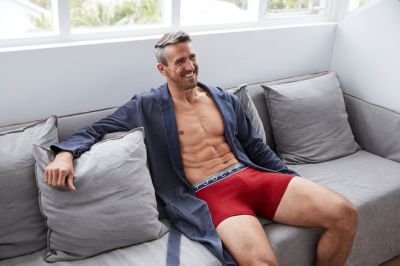 Oh wait, there’s more. We grabbed these photos of the cricket/Survivor star modeling Jockey boxer briefs from his Facebook page which you might want to follow @LeeCarseldine77. 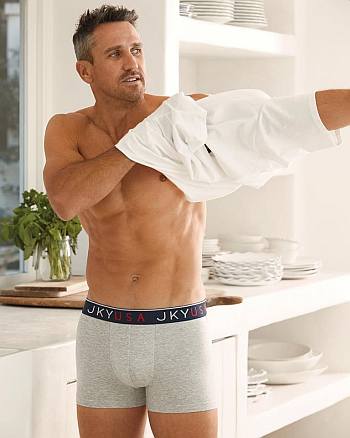 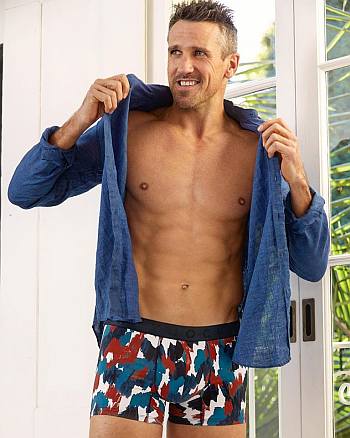 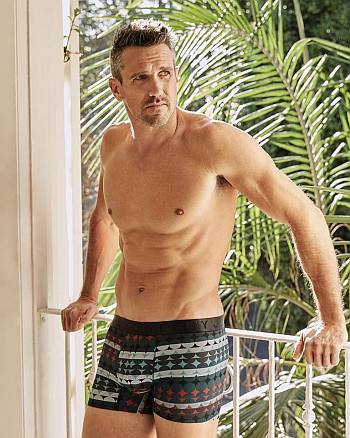 …..
Lee Carseldine Shirtless and Underwear Photos (20 August 2016). Those of you who are looking for a Survivor Daddy will surely find one in retired cricket star Lee Carseldine. Unlike Survivor 34’s Ken McNickle (who’s being called a Survivor Dad even though he’s only 33 years old), Lee is at that respectable dad age of 40 years. He’s a real daddy too as he’s the father of two boys – Jake and Sam.

Anyhoo, the former cricket star is a contestant on the 3rd season of Australian Survivor. So far, he’s escaped the chopping block. We don’t want him to win because he does not need the money. But because we don’t want legit celebrities to flop on Survivor, we hope he does well on the show. Maybe all the way to the final four? 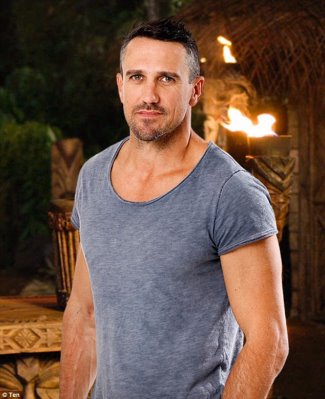 Lee waves to his fans during his cricketing days. 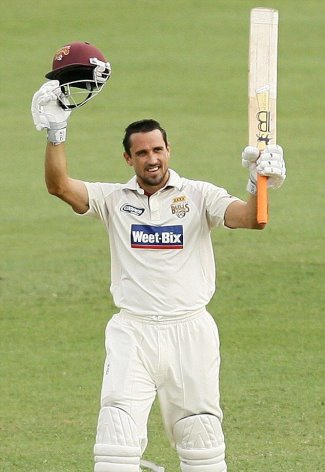 Lee Carseldine Girlfriend or Wife? He is single at the moment and, according to the Daily Mail, he is finding romance on Survivor. Here’s the quote: “I’m an open book so I’m going in there with a super open mind. I’m open to anything in the camp. I’m open to romance.” But will the Gods of Romance open an for our Survivor Daddy? We sure hope so. The guy is a romantic and you can’t hold that against him. Apparently, he also tried out for The Bachelor but the spot went to Tim Robards. 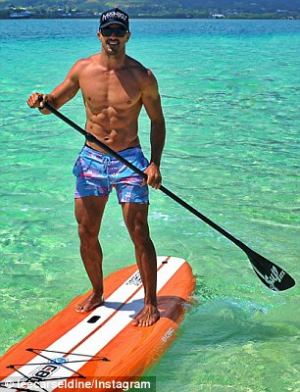 Also, check him out in his briefs underwear. Or is that a Speedo swimsuit? 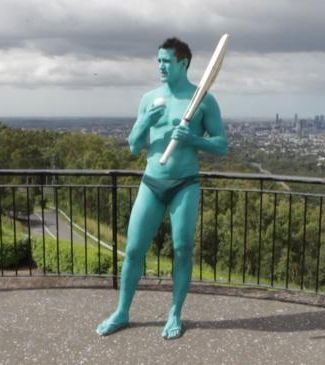 What’s happening here? What’s with the body paint on Lee Carseldine? The Courier Mail has the A to your Q: “Queensland cricketer Lee Carseldine dons teal body paint to promote the colours of the new Brisbane Heat Twenty20 franchise.” 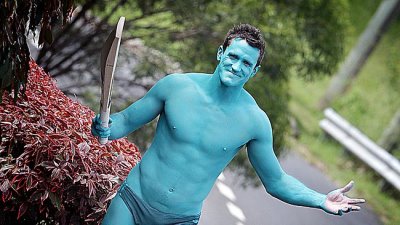 The look is kind of weird — its a little “alieny” or “Martiany” — but we ain’t complaining. In fact, we are thankful because it gave us these Lee Carseldine underwear pics.