Edward Norton Hair Transplant: Before and After Photos: We are updating this post to add photos that supposedly indicates that Norton had a hair transplant. As in our earlier post, we are skeptical about claiming categorically that someone had done something to their hair based on their photos alone.

Anyhoo, here are some photos we grabbed from the internets which shows us the changes of Norton’s hairline. What say you, did his head go under the knife? 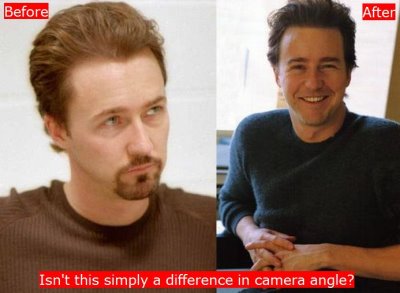 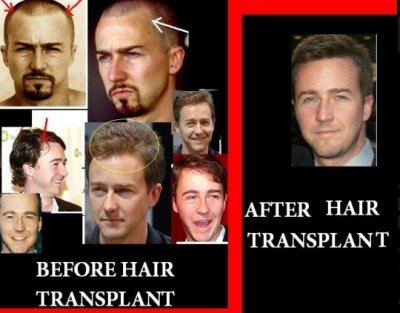 Okay, the photos below are, in our view, the most convincing “proof” that Norton had a hair transplant. The images, at least, are comparable and you can see a difference in the actor’s hairline. Still, this difference may be explained by the tilt of Norton’s head, no? 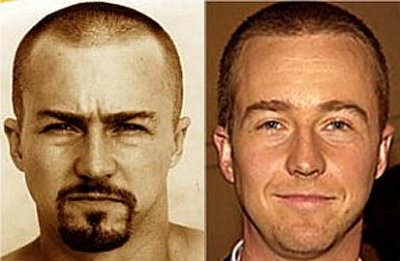 …..
Edward Norton Hair Transplant (originally published 20 August 2009). Did Edward Norton — one of our favorite but sadly underrated actors — have a hair transplant? Well, the internets say he did. Not everything the internets says is true, but let’s see why internet peepz think that our Edward had some “hair work” done:

about.com: “Edward Norton most definitely has had transplant work done because his hairline in the movie American History X (for which he had his head shaved), is now completely different. He had a receding hairline then and now it’s straight across his forehead. Hmmm.”

Bald Outing: “Earlier photos show that his hair line is a different shape then it is now. Before, his hair line curved up at the sides of his head, now it is a nice straight line across his forehead.”

So essentially, its being claimed that he had a transplant because his then-receding hairline no longer looks like it is receding. Well, that’s a good enough reason for us. But then again, since the “proof” being presented are just some before and after photos, it’s not really conclusive that he did have some hair transplant.

Here’s what our friend Deena says about the matter which we kinda agree with: “Photos are not a good enough evidence to say that someone had a hair transplant because the differences you might see in the pictures may be caused by the lighting, the angles, the head position, and a lot of stuff.”

So there. Unless Mr. Norton himself reveals that he did have a hair transplant, everything being said in the internets is nothing but speculation. Anyhoo, anyone out there who, like us, are still haunted by Edward Norton’s performance in Primal Fear? Now, that was one goddamn hell of a performance that should have gotten him an Oscar Award nomination. 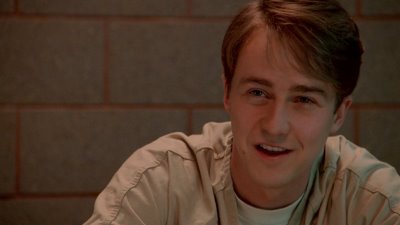 How you doin, good lookin’? 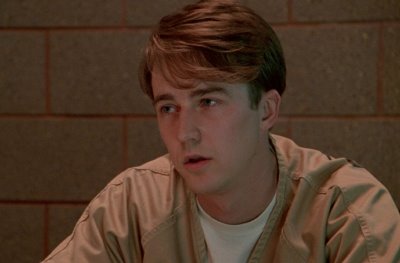