Dior Homme Tuxedo Suits For Men: Celebrities Wearing DH Tux. Let’s add these Dior Homme tuxedos to our list of designer tuxedo for men. Pretty stylish outfits, eh? Which do you like better, the black tuxedo or the blue one? They’re both classy but we’re going for the black one because its more awesome. 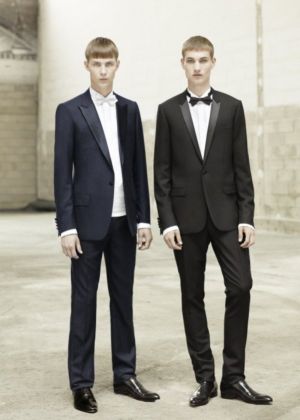 In case you are wondering, the two cutie Dior Homme male models are Clinton Weber and Johannes Linder. The pics are by Julia Champeau. 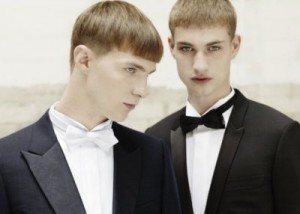 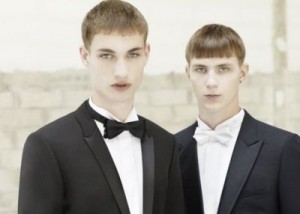 For more men’s tuxedo suits, check out these fabulous red carpet tuxedos on George Clooney, Brad Pitt, and Matt Damon. You might also want to ogle at Antonio Banderas in his Marks and Spencer tuxedo as well as male model Jon Kortajarena in his H&M tuxedo.

John Slattery: The dapper hunk daddy that is John Slattery was spotted wearing this Dior Homme tuxedo suit to last year’s Primetime Emmy Awards. We are not sure who the lady beside the Mad Men actor is but we’re guessing that’s his wife, actress Talia Balsam. Are we correct, fellow Famewatchers? 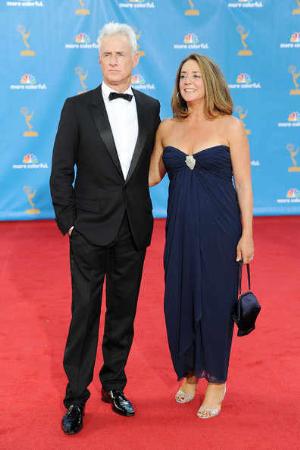 Sam Trammell: Doesn’t Sam Trammell kinda look like Australian actor and Captain America star Chris Hemsworth? Sam, for those of you who are not familiar with him, is a stage, film, and television actor from the United States. You might have seen him – as Sam Merlotte – in the vampire hit show, True Blood, for which he was nominated for a Scream Award for Breakout Performance. 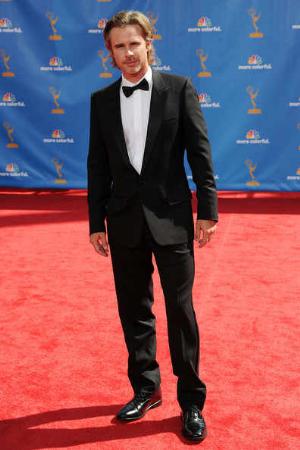 Seal: Denizens of the fashion world may know him simply as Supermodel Heidi Klum’s husband but Seal (full name: Seal Henry Olusegun Olumide Adeola Samuel) is a star in his own right having sold more than 15 million albums around the world. The multi-awarded singer/song-writer, like the two guys above, wore a Dior Homme tuxedo to the 62nd Primetime Emmy Awards in August 2010 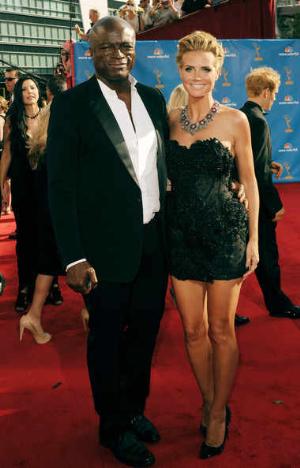 So that’s it for now, fashion-watchers. Surely there are other famous men who wear Dior Homme tuxedos, we will include them in future updates.