Derek Theler Underwear: Boxers or Briefs? What type of underwear does Derek Theler wear? We’d like to think he is a briefs guy (particularly tighty whities) but we don’t really know his underwear preference. But we do see him wearing a pair of sexy black boxer briefs in this vidcap from Katherine Heigl’s I Hate Balls video. Well, apparently, she hates balls except Derek Theler’s which she worships.

You know who else loves balls? Why, Derek Theler himself. This 26-year-old Colorado hunk is really, really into balls. And it ain’t just any kind of ball too, they must be big balls. Sorry, golf and tennis balls, you are not big enough for our ball-lovin’ Derek. 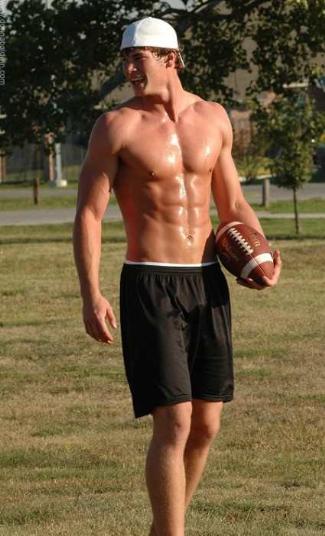 Don’t hog the ball, Derek. We want to play with your ball too. Want more celebrity washboard abs? 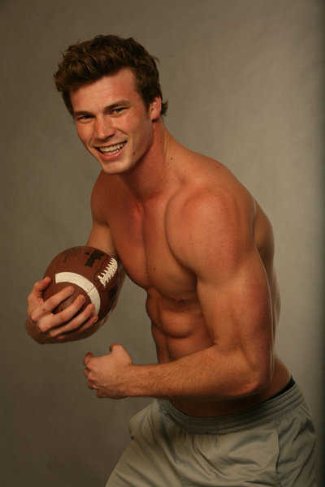 Now, some of you might be going, “Who is this Derek Theler and why haven’t I heard of him before considering that he’s handsome, and gorgeous, and all?” Well, rest assured that you are not the only one who thought that. In fact, we only discovered his awesomeness when we watched the Katherine Heigl video from which the vidcap above was taken.

Derek is fairly new in the business as he started acting only in 2009. Still, he’s one of those lucky guy because despite his “newness” he managed to be cast as one of the leads of the ABC Family sitcom, Baby Daddy. Check him out in this screencap from Baby Daddy with nothing but a towel to cover his modesty. 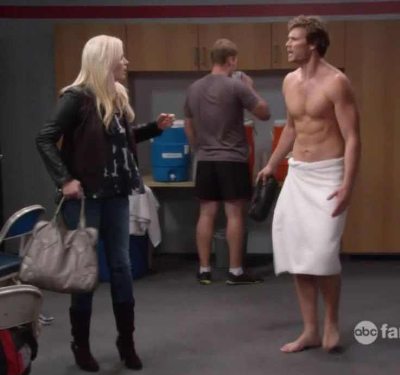 We hope Derek’s star will rise further and that it will shine brighter in the Hollywood skies. Let’s know more about him in this interview where he talks about starting out in Hollywood and his biggest role to date as Danny Wheeler in Baby Daddy (via coloradosprings.com):

…..
Gazette: I’m sure that like most actors you had some lean years starting out. What advice would you give to struggling actors?
Theler: Definitely to stay positive. There are three points most important in continuing with this career: 1) keep a good attitude; 2) always be prepared for every opportunity; and 3) have a little bit of luck.

Gazette: I took a look at your IMDB page and you have some interesting credits. I noticed a couple guest spots on “90210” and you got to play Thor and Loki on “Conan.” What’s the most fun role you’ve played? Conversely, what’s the most dreadful role you’ve had?
Theler: I am having the most fun right now cast as Danny on the sitcom “Baby Daddy.” The entire cast is like a family. We have great chemistry. Everyone is excited to be there and we laugh together all day long. Probably the worst is when the role you go out for is not quite what you expected. You show up at the audition and realize your wardrobe is just underwear or something miniscule like that. It can be embarrassing if you’re not mentally prepared.

Gazette: You’ve been cast as Danny on the ABC Family show “Baby Daddy.” What can viewers expect to see from your character?
Theler: Danny is an all American guy who plays professional hockey for the New York Rangers. He is a team player who is family oriented, a nice guy with a good heart who may take a little longer to put some of the pieces together. He is sometimes the last guy to get the joke. He has a deep affection for his Mom (Melissa Peterman) and his Brother Ben (Jean-Luc Bilodeau) and harbors a secret crush on their friend Riley (Chelsea Kane).

Gazette: I noticed when I watched the pilot that “Baby Daddy” is full of humor but touches on some serious issues as well. How does a sitcom keep the proper balance between being funny and being honest?
Theler: We have a great team of writers. All of the problems in the episodes revolve around real life issues so are very relatable to everyday life. We add humor to these situations to lighten them up. ABC Family is a great family network and there are heartfelt messages in every episode.

Gazette: You’ve performed for many established series but “Baby Daddy” is a new series. What are the challenges of working for a brand new show?
Theler: The first challenge is how you come together as a team. We are extremely fortunate with this cast as everyone gels and everyday I spend on set I’m having the best time laughing with them. This will come through on the show due to the great chemistry of the cast.

…..
2020 Update: Because You Want More Derek Underwear: We know you can’t get enough of Derek looking fabulous so we decided to update this post to bring you more fabulousity such as the image below of our Derek rocking a pair of briefs-style Speedo swimsuit. 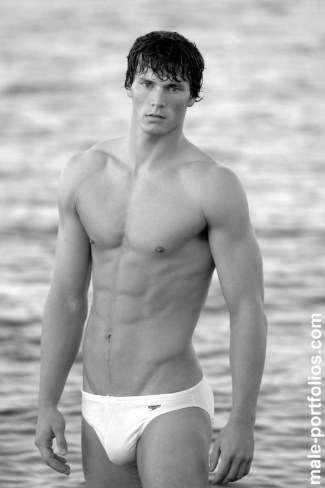 And check out our American hunk in a pair of boxer shorts underwear from an episode of Baby Daddy. 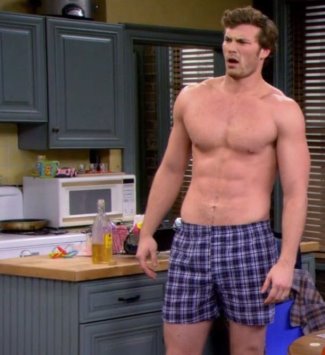 You know what would make the photo of him working out below? If he’s doing the moves in his undies, that’s what. It’s a missed opportunity for Attitude Magazine which is usually on top of these things. 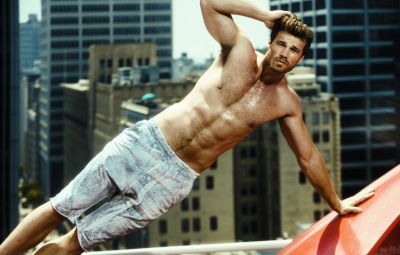 Now 33 years old, the actor is growing up to become a hot zaddy. 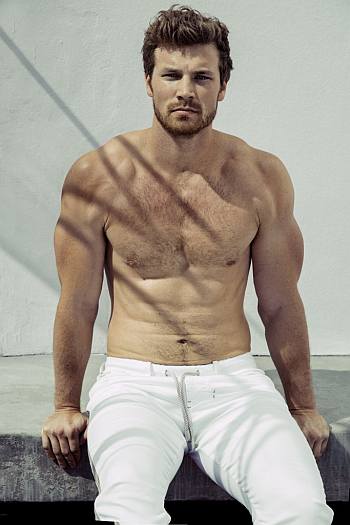