Brendan Cole Shirtless Photos. Unlike Gorka Marquez and AJ Pritchard who are newbies on Strictly, Brendan Cole is a veteran who’ve been with the show since it began.

From his BBC profile: “Brendan was born in New Zealand, moving to the UK at the age of 18. Dance was always his first love, though he did stints as a roofer and a builder on his way to the professional circuit. Brendan’s specialism is Latin American. And not only has he appeared on every series of Strictly Come Dancing to date, he’s also been a judge on the local version of the show in his native New Zealand.”

This season, Brendan is paired with singer/songwriter Anastacia. 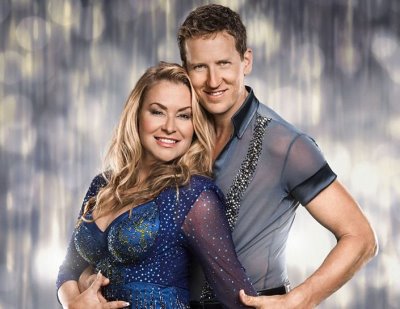 And here’s a video of the pair’s first dance performance which earned them a total of 28 points (out of 40) and which puts them in 5th place (out of 15 dance pairs).

Now, if that ain’t a gorgeous sexy dance, we don’t know what is.

Brendan Cole Shirtless Photos. What say you of Brendan as a hot Santa? Honestly, we’d like our Santa to be on the paunchy side but we’d make an exception for Brandon. Because he’s limby and not fat, we don’t worry about him getting stuck in the chimney. Haha. Hello, hot Santa! Are you hiding the BIG package for us in your sack? How we’d like to unwrap it!

Forget the shoes, go for the shorts instead. Hehe. 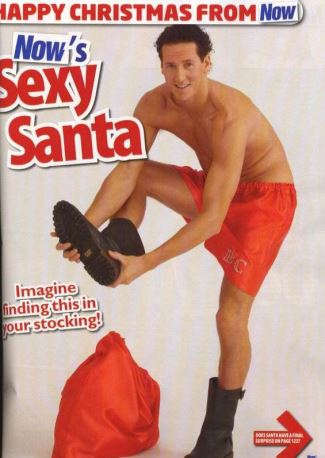 Brendan Cole Underwear. Check out this underwear photo of a younger Brendan. If we are not mistaken, the pic is from when he went to a tanning salon called Labeautan which, we must say, is a cute and creative name. 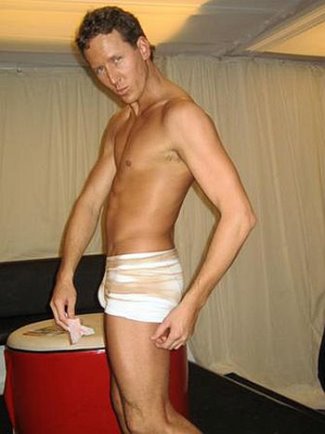 Of course, you want another Brendan Cole shirtless photo, doncha? 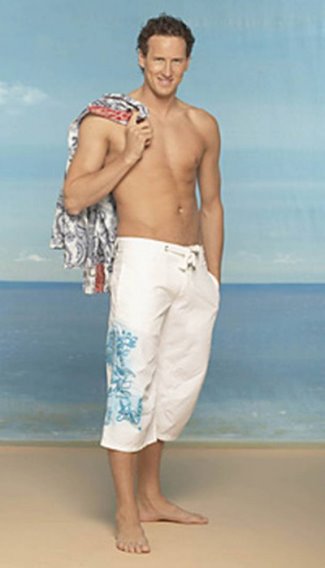 Brendan Cole Girlfriend, Wife, Family. Does Brendan have a girlfriend? No he does not. But he does have a wife named Zoe Hobbs. The two tied the knot back in 2010. 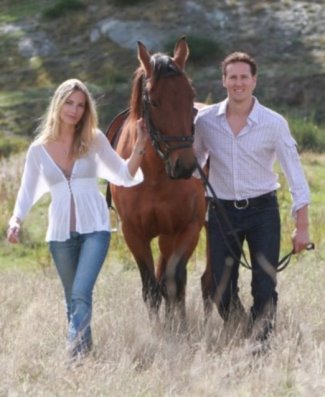 And they have a daughter named Aurelia. Here’s daddy Brendan with Aurelia. 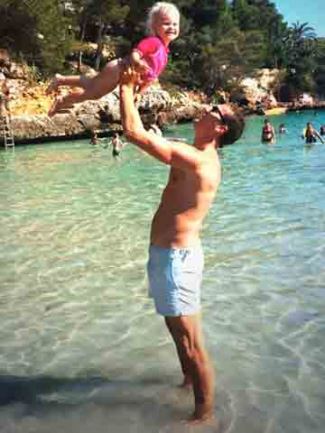 In closing, let us appreciate Brendan as sexy Santa again, shall we?

The Santa photos were taken about ten years ago, 2006 if we are not mistaken, and it looks like our Brandon has not aged a bit, no? He must have made a pact with the devil. Or maybe he is gifted with them so-called everlasting genes that makes one look young forevah.