David James Shirtless: Armani, HM Model, and Cosmo Everyman Campaign. We’re surprised (not to say embarrassed) to discover that English footballer David James, who we bloggged about years ago, actually started the footballer-turned-model trend way back in 1995. We should have mentioned it the first time we blogged about David James but it’s better late than never, right? 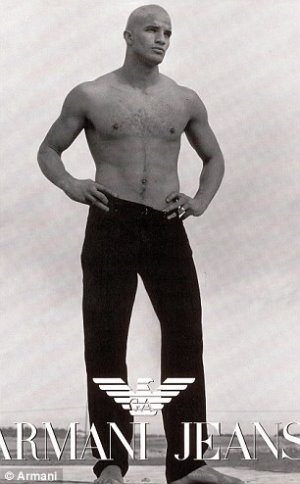 So David James paved the way for the likes of his namesake David Beckham and other athletes-turned-Armani models such as Kaka, Cristiano Ronaldo, and Rafael Nadal. 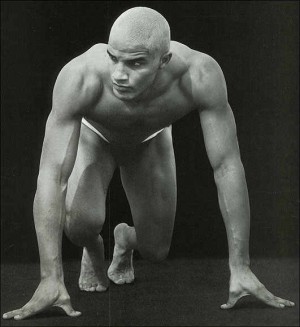 If the photo below is any indication, we can say that David James is more daring than those who followed his modeling footsteps.

That’s the body of a sports stud! Maybe Beckham realized that he can’t compete with his predecessor so we decided to take the metrosexual route. Hehe. Anyhoo, David James last (maybe there are others?) modeling gig is in 2005 when he posed for the ad campaign of the Swedish retail company, H&M. 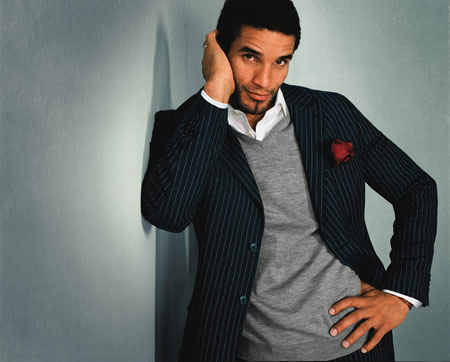 Like some of you, one of the things we find very interesting with this gorgeous football hunk is his crazy/brave/silly/beautiful hairstyles. Which of these haircuts is your favorite? 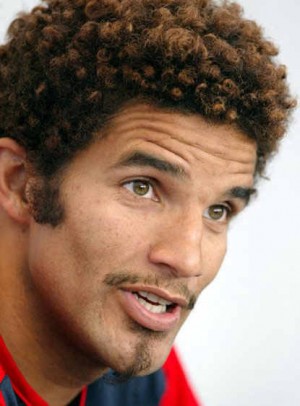 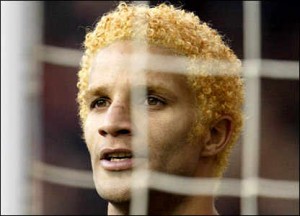 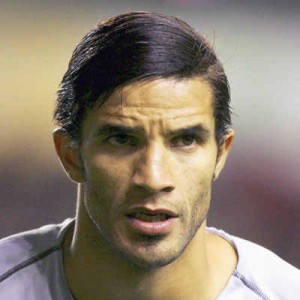 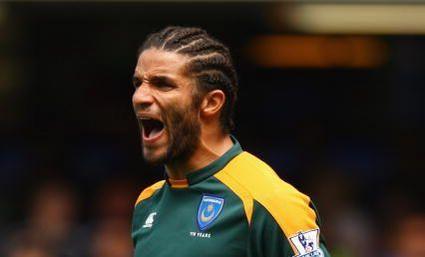 And here are some shirtless photos of the English footballer. 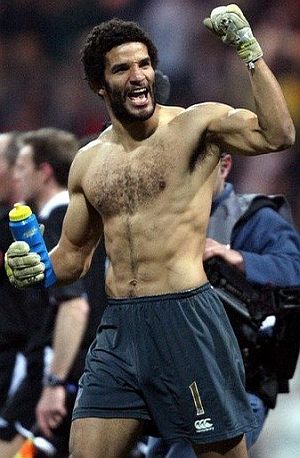 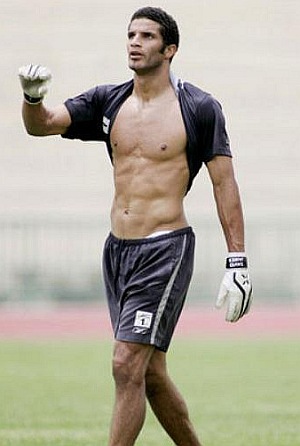 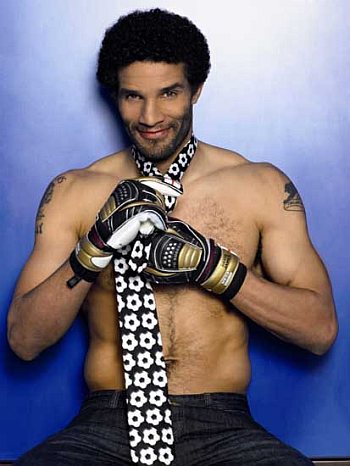 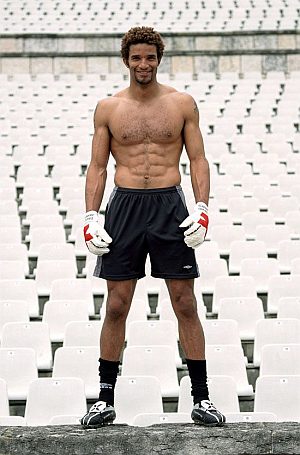 …..
Footballer David James in Testicular Cancer Campaign (01 March 2009). Here’s another sports celebrity, footballer David James, who bared it “all” not for the sake of art (although the photo below is “art-y”) but for the sake of increasing public awareness of male testicular cancer. You know, Cosmo Magazine’s Everyman campaign to encourage guys to get themselves checked for prostate or testicular cancer. 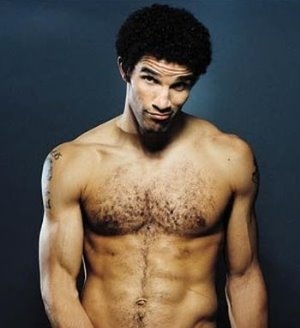 Good for you David for helping this worthwhile campaign. Now, when are you gonna drop that ball?  Want more guys who posed for Cosmo to promote male cancer awareness. Check out these hot cricket players.