As we stated in earlier posts, the Everyman campaign seeks to raise public awareness for prostate cancer as well as other male-specific cancers. So get yourselves checked, guys.

Those of you who are not into cricket may be wondering who these guys are so here’s some info about these three hot cricket players:

Stuart Broad: Stuart Christopher John Broad is from Nottingham in Nottinghamshire, England. He started his pro cricket career in 2005 with Leicestershire. He currently plays for Nottinghamshire. Stuart is the son of another noted cricket player, Chris Broad. 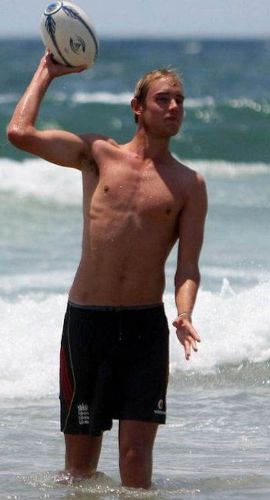 James Anderson: James Michael “Jimmy” Anderson is from Burnley in Lancashire, England who’s know by several nicknames such as Jimmy, Jim, Jimza, The Burnley Express, and most interestingly, Daisy. He plays for the Lancashire County Cricket Club domestically and plays for England in international competitions.

According to wikipedia James, just months after his international debut, became one of the biggest stars in English cricket. However, injuries have hampered his career. Jimmy is married to model Daniella Lloyd with whom he has two children, Lola Rose and Ruby Luxe. 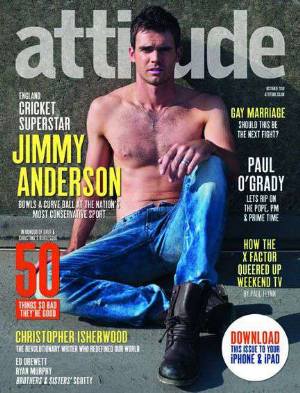 Alastair Cook: Alastair Nathan Cook is from Gloucestershire, England. He started playing pro cricket in 2003. He plays for Essex as well as England (for international competitions). If he didn’t end up as a cricket player, one can say that Alastair could have been a musician. In fact, he was granted a scholarship to Bedford School where he learned to play the piano and the saxophone.

He established many records and received many awards the most important of which, arguably, would be the MBE (Member of the Order of the British Empire) given him in 2011. Want more sport jocks who supported the Cosmo campaign?