What’s not to love about this guy? He’s hunky, he looks good in uniform, and he’s got the best facial hair in Hollywood. Too bad there’s not a lot of David Harbour shirtless scenes in Stranger Things. But there’s some shirtlessness featuring our David — who plays the role of Police Chief Jim Hopper — and we screencapped his shirtless scenes.

David Harbour shirtless before his mirror after he got up from bed. 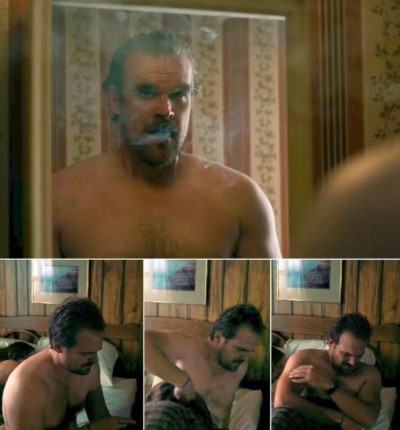 Our shirtless daddy beau enjoys the view from his home. 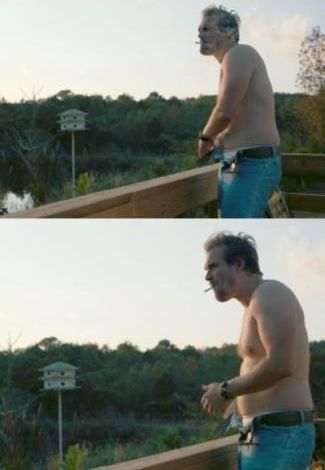 Now, the next pics are for those of you looking for David Harbour underwear photos. Too bad these are only peekabo pics but let’s hope we have more David Harbour shirtless and underwear scenes in Season 2. 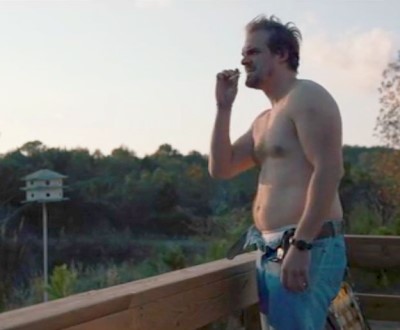 Looks like he wears Hanes briefs underwear, no? Or maybe it is Fruit of the Loom? 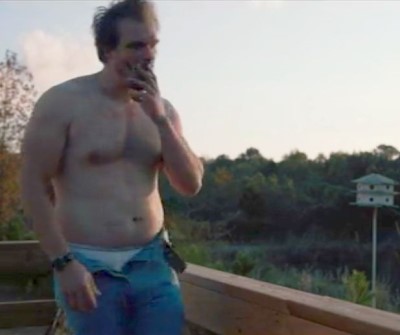 David Harbour Girlfriend. Is our daddy beau in a relationship? Does he have a girlfriend? Apparently, he is single at the moment. But he dated actress Julia Stiles from 2011 to 2015. Here’s a pic of the ex-lovebirds when they were still together. Too bad they broke up. 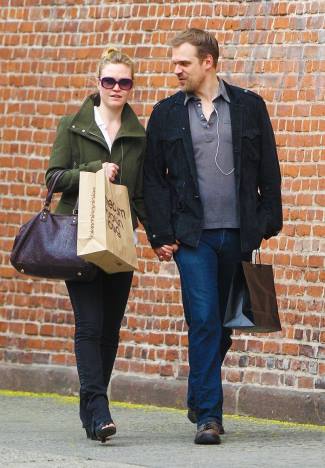 Is David Harbour Gay or Straight? He is straight, of course. But he appeared in arguably one of the best and most famous gay movies of all time, Brokeback Mountain. 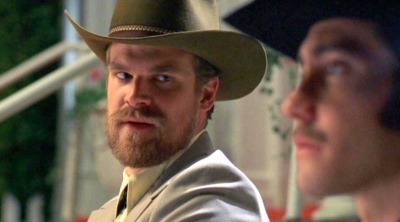 In turn, Jack twist gave back the “look”. 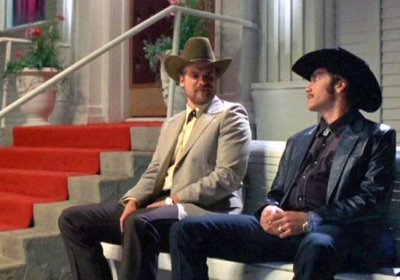 It is hinted in the movie that David’s Randall and Jake’s Jack shacked up. But we don’t have the pics to prove it. Haha.

Let’s end this post with this gorgeous picture of David aka our imaginary daddy boyfriend! 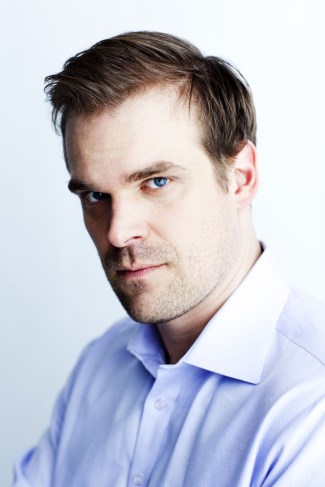