Danny Griffin Shirtless, Girlfriend, Next Big Hollywood Star? Today in celebrity leather jackets, we bring you model turned actor Danny Griffin who is rocking his Alexander McQueen outfit in this photo we grabbed from his Instagram account (follow him @danny_griffin_).

Our British hunk currently stars as Sky on the Netflix series Fate: The Wynx Saga which was released early this year. We still have to watch it but it must have brought in the viewers because the streaming platform has renewed the show for a second season. 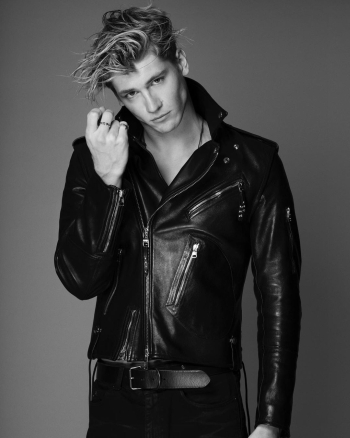 Here are other photos of Danny rocking his Alexander McQ leather: 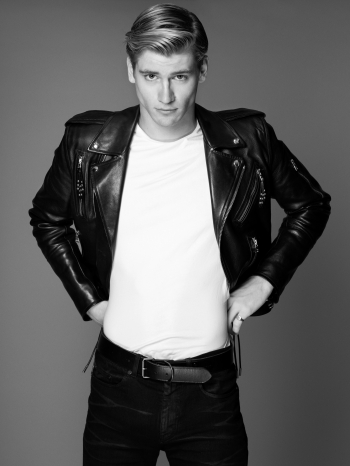 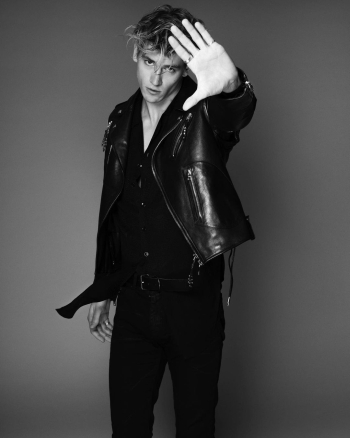 Fate: The Wynx Saga is arguably Danny’s biggest acting break to date as he plays one of the lead roles and it’s the one that has gotten him noticed in the biz. For instance, the influential publication Vogue (specifically vogue.co.uk) is tagging him as “Netflix’s New Heartthrob”. He’s also got pretty good press from the Evening Standard, Schon Magazine, seventeen.com, and Wonderland Magazine where he appears on the cover.

Here’s a shirtless Danny Griffin pic from his Wonderland photoshoot: 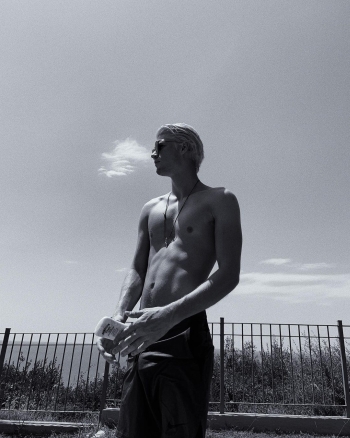 Want more shirtless Danny? Of course you do. 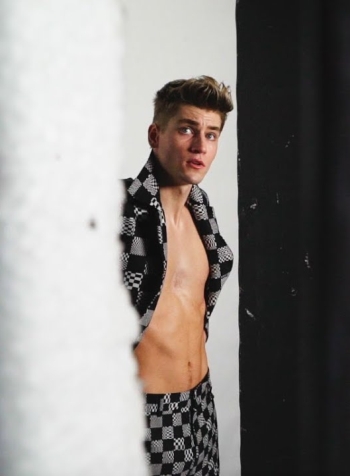 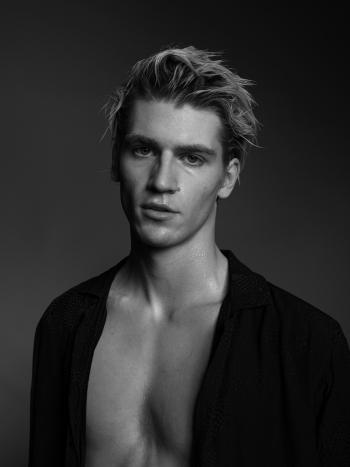 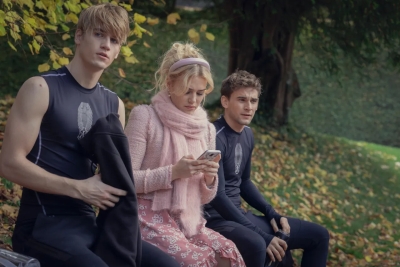 Aside from Fate, our Hollywood up-and-comer has starred in five other acting projects to date. This include the BBC/Netflix TV series Get Even, the Guy Ritchie movie The Gentleman, and a comedy called Christmas Survival.

Danny Griffin Gay or Girlfriend? Onscreen, Danny’s character Sky has a love interest in the person of Bloom Peters (played by Abigail Cowen). Offscreen, we do not know whether he is in a relationship at the moment but we will update this post when we have the relevant info on the subject.

For the time being, those of you who are fans of Danny and Abby will be happy to note that they have a pretty good relationship.

Here’s what Danny says about his co-star in an interview with seventeen.com: “Abby is just the best. She’s just the best human being to be around. She’s never boring. She has the most energy all the time. I don’t know how she does that. She drinks about two coffees a day and she’s just fantastic. Whenever the camera turned off, we didn’t stop talking. We were great friends from when we first met. We didn’t even get a chemistry read together. We first met at a small gathering with the rest of the cast. Brian just said, ‘Danny, this is your Bloom,’ and we just clicked immediately. We sat down at a table and talked about our entire life stories for about two hours. I just trust Abby. I can tell her whatever I want and know that I won’t be judged. She’s a wonderful human being and that grew more when we were on set.”