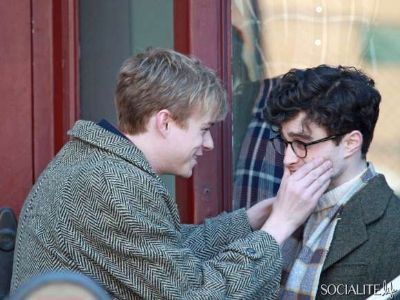 Even if their smooch is award worthy, it is still premature to declare them the winner because other movie kissing couples might deserve it more. Hehe. 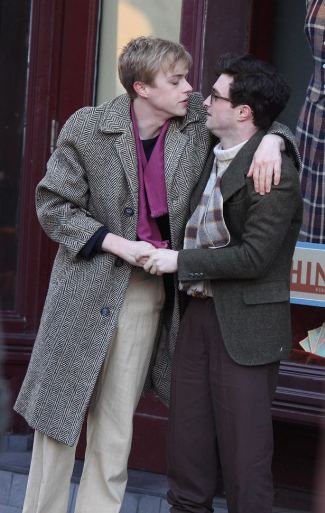 Here’s what Radcliffe says about his gay kiss with Dane (via Vulture):

And the two of you have already made out, so you’ve gotten that out of the way.
Exactly. [Laughs.] It would have been awkward to have that happen later.

Many of your fans are already obsessed with that kiss, sight unseen. I hope you’re prepared to see it immortalized in animated GIFs until the end of time.
You know, I think that will be wonderful! Dane and I are banging the drum already because we want the MTV Best Kiss award. We want that golden popcorn! To my knowledge, a sincere, passionate, romantic gay kiss has never won, so I think that would be a very cool thing for this movie to receive.

Contrary to what Daniel believes, several onscreen gay couples have already won the best kiss award. We have highlighted them in the list of winners below:

Looks like Daniel and Dane have a pretty good chance of having their wish fulfilled as MTV is obviously very gay friendly. But can they beat the juggernaut that is Twilight’s Kristen Stewart and Robert Pattinson who have been winning the past four years?

Now, is there a Best Hug Award? If there isn’t none, the MTV gods should include one. There can’t be a best kiss award when there ain’t no best hug award, right?

We think Daniel has a better chance of winning a best hug award based on this photo of him hugging Kill Your Darlings co-star Jack Huston. 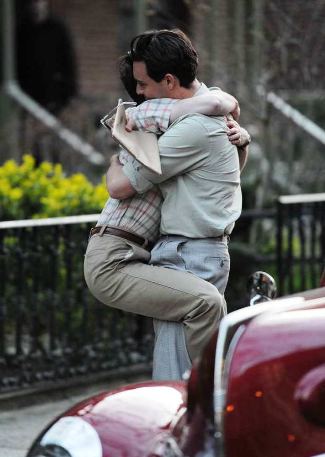