Yousseph Chico Slimani Shirtless: Dancing on Ice Hunk. Would you be as fit as Yousseph “Chico” Slimani when you are in your forties? The X-Factor alumni, who is turning 42 this coming April, is looking as hunky and as sexy as when he first appeared on X Factor seven years ago.

He proved that he can dance on the reality TV show, Dancing On Ice, making it all the way to third place. 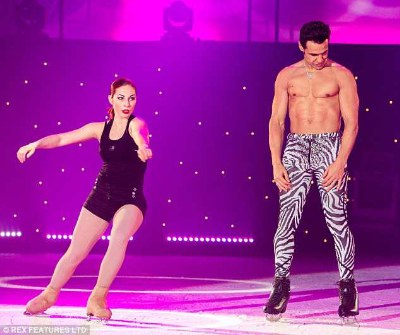 He’s rock, rock, rocking his tight zebra print trousers. Seriously, you gotta have the biggest balls in the world or very secure in your masculinity to wear animal print tights. Right? 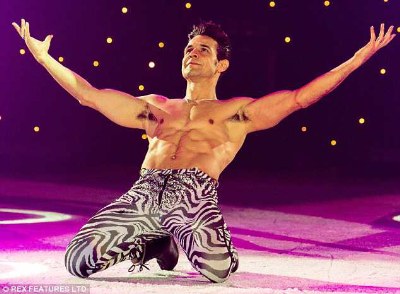 Who wouldn’t want to hit that? Hehe. Seriously, we have a weakness for guys with well-defined washboard abs.

So what is Chico doing these days? According to the Daily Mail, he is participating in Celebrities On Ice described as a “singing, dancing and ice skating spectacular” on the Peterborough arena.

Says Chico of Celebrities on Ice: “The audience can expect a fabulous party atmosphere with celebrities and professionals performing a mix of routines with some music in there too.”

Aside from our forty-something hunk, the other celebrities who are confirmed to be performing on the show include former England rugby legend and 2007 Dancing on Ice champion Kyran Bracken, West End star and 2009 Dancing on Ice winner Ray Quinn, and Steps star Lisa Scott-Lee.

Of course we’d like to see Ray Quinn dancing on ice again!

Contrary to gay-or-straight.com voters who believe that he is gay, our Welsh/Moroccan hunk is actually straight and married to Daniyela Rakic. The couple have two children — daughter Lalla-Khira and son Zacharia.

Do you think it would be fun to have an entertaining performer for a dad? We think so. Lalla and Zacharia are lucky. 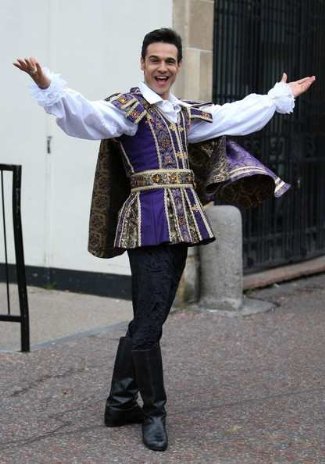 Speaking of Ray Quinn have you seen his beautiful washboard abs? You haven’t? Go check out our post back in 2009 about Ray Quinn’s Washboard Abs.