Conan Gray Hot in Muscle Shirt: Who is Heather? We are typically clueless on young singers so we do not blog about them but when a living legend like Elton John talks about someone he likes and respects, we have no choice but to listen.

So, Famewathers, we’d like you to check out Conan Gray and let’s have the great Elton introduce who he is: “There’s a boy called Conan Gray who has a song called ‘Heather’ and he’s about 22, he’s from America and he’s the only person in the American Spotify Top 50 to actually write the song without anybody else. Everybody else there’s four or five writers on (a track) and (Gray is) going to be huge…you look at most of the records in the charts – they’re not real songs. They’re bits and pieces and it’s nice to hear someone write a proper song.” [via Just Jared]

Intrigued by a music icon’s top praise for an up-and-comer, we went looking for Conan Gray and his song Heather and, we must say, that Elton knows whereof he speaks. The song is heartfelt, intriguing, and good to listen to. Check it out for yourself.

Now, who is this mysterious Heather? The singer tells us in a press statement:

When I was in high school, I had a crush on the same one person all four years. But that one person did not love me back, instead my crush liked a girl named heather. Heather was gentle and beautiful, inside and out. She was warm like a summer day, and had so many friends. She was soft and so easily lovable— everything I am not. The ‘Heather’ video is my way of becoming all of the things that I envy about Heather. I would’ve done anything to be like her. Wear the right pretty clothes and act the right effortless way. Reject all the things that made me who I am. Anything to be loved back by the person I loved. Anything to be their first choice. The slow transformation throughout the video was made to represent the feminine and masculine traits I constantly switched between in order to become who I knew my crush would like. Somebody soft and sweet. Somebody like Heather.

Conan Gray Ethnic Background. He is bi-racial as his mom is of Japanese descent while his dad is Caucasian. In an interview with the Daily Bruin, here’s what he says about growing up biracial:

I think that the biggest thing for me with being biracial was I never really felt like I belonged to any group. I went to a really big public high school in the middle of Texas, so basically everyone was white and I was just that one Asian kid that nobody really understood, and I definitely didn’t belong. I think being biracial automatically puts you in a spot where you don’t really know where you belong in the world. I think that experience really made me become who I am.

I was a really lonely kid and I still am very much a shy person. I spent all of my years watching the world from afar and not really feeling like I was in it because of the fact that I was a bit of a social outcast. With songwriting, I think it’s the most visceral way to express how you’re feeling.

Conan Gray Gay or Straight? Girlfriend or Boyfriend? From what we gathered from his social media accounts, Conan is what youngsters would describe these days as non-gender conforming. For instance, he does not mind being a guy’s object of affection: 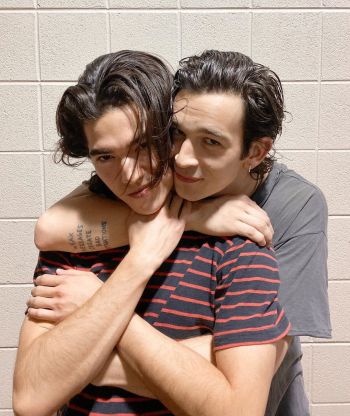 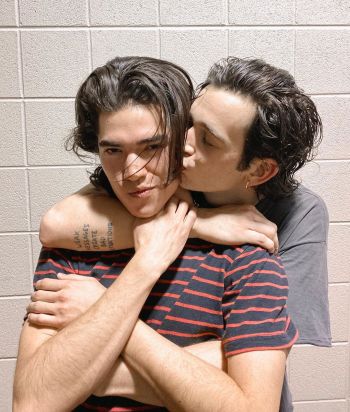 And he looks cool in skirt: 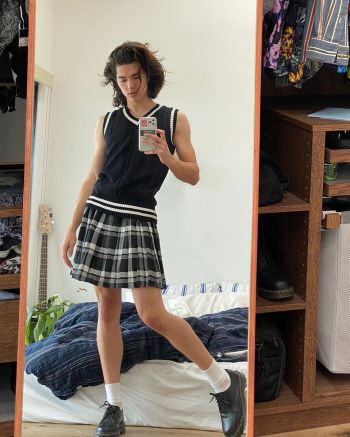 We do not know if he is in a relationship at the moment but we will update this post when he have the information.

Conan Gray Shirtless and Underwear Photos. The thirsty THOTs among us Famewatchers who are fans of shirtless celebrities will have to content yourselves with these photos of the singer in muscle shirts. 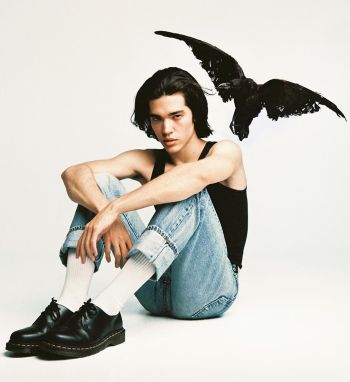 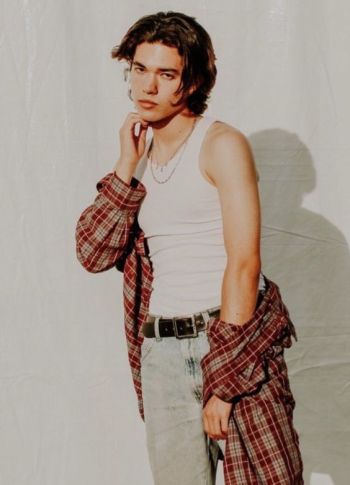 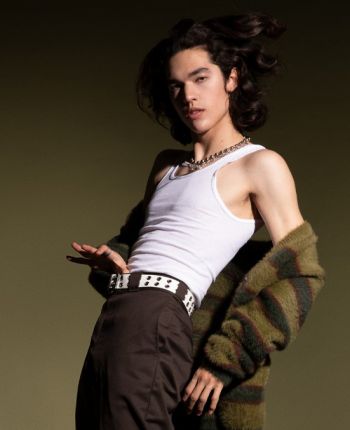 Neither can we find any underwear pic so you gotta settle for this peekabo: 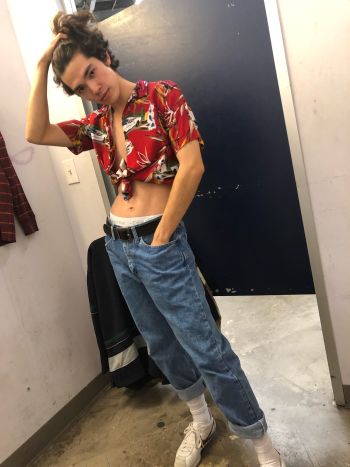 Let’s end this post with this photo of Conan modeling for VMan Magazine, shall we? 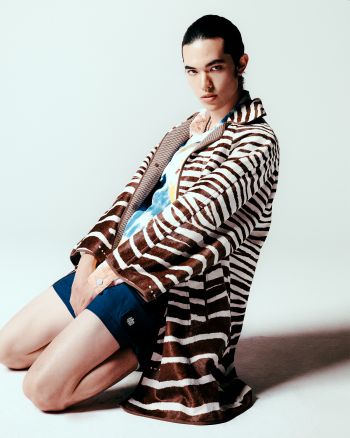