Clay Honeycutt Football Hunk in Big Brother. There’s a new hunk in BigBrotherTown! Yay! His name is Clay Honeycutt. He’s a college football star from Texas A&M University. And … oh, the UnderwearWatchers among us will love this, Clay did some underwear modeling too.

But before we give you Clay’s underwear pics, here’s a Dallas News report of him getting cast on the Big Brother reality show on ABC:

Former Texas A&M safety Clay Honeycutt is used to playing in front of a crowd. In his senior season of 2014, he saw action in nine games and recovered a fumble for the Aggies. Honeycutt will be competing on a TV screen near you once again, but it won’t be football. CBS has announced Honeycutt as a contestant for the 17th season of the popular show ‘Big Brother.’

Still living in College Station as a graduate student, Honeycutt describes himself as “driven, sarcastic, and athletic” in his Big Brother profile and believes the most difficult part of the show will “probably be not seeing or communicating with my family. Oh, yeah, and the fact that there will be cameras on you 24/7.”

Here’s Clay, who played defensive back in college, in his football uniform. Who are his Aggie teammates?

Clay Honeycutt Gay or Straight? We think he is straight but our friend Kevin wishes Clay is gay. Hehe. Kevin also says that the next shirtless photos of Clay and a football teammate is “gayish”.

We don’t know what “gayish” is supposed to mean but whatever it means, we think Clay and his friend are just comfortable with each other. Heck, it’s 2015! Can’t heterosexual men be friends and be shirtless buddies without some dirty minds thinking they are brokebacking each other? Come on, Kevin! 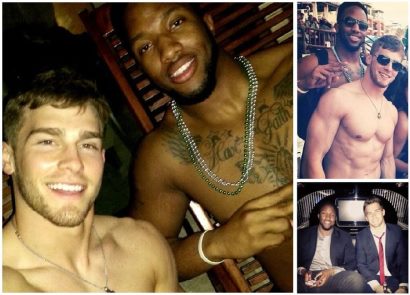 And, no Kevin, the next photo below does not make Clay Honeycutt gay. This is how they play football in America. To be a successful football player, sometimes you gotta get your face close to your opponent’s crotch. Those European footballers (aka socceroos), on the other hand, well they do this kind of thing on purpose — even if their brand of football (aka soccero) does not require them to do so. Hehe. Hello, Frank Lampard and John Terry! 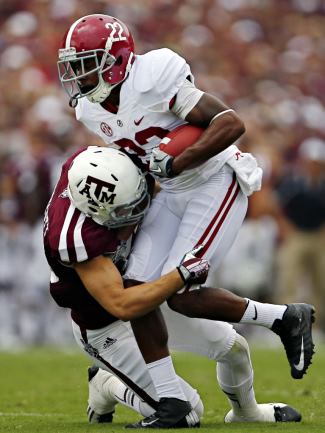 Shirtless Clay Honeycutt With a Girl? Is this Clay’s girlfriend? Or just a friend? Or a relative? If you know the answer, do tell in the comments. 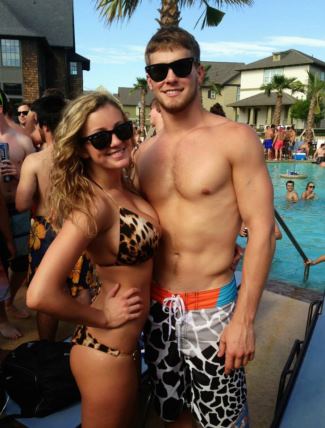 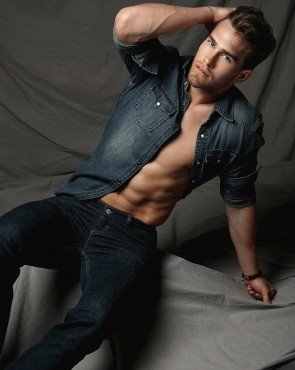 And Clay in his boxer briefs by Calvin Klein. 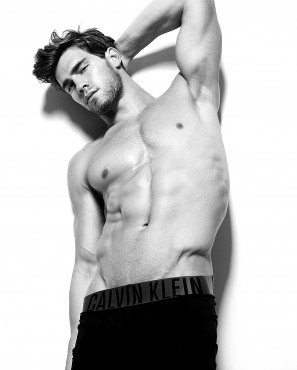 Let’s end this post with a shirtless Clay Honeycutt we grabbed from the internets. Ain’t this the kind of face you’d like to kiss. Gorgeous. Good luck on Big Brother. We hope you win! 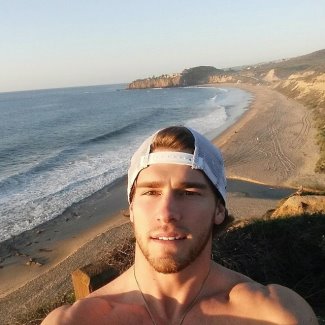